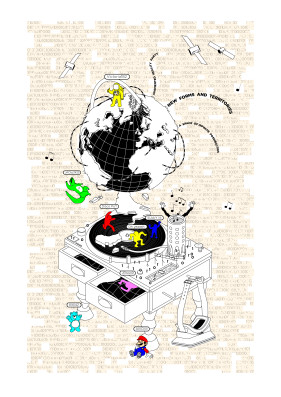 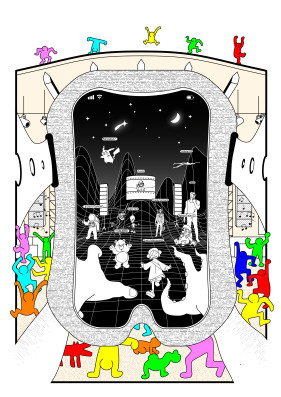 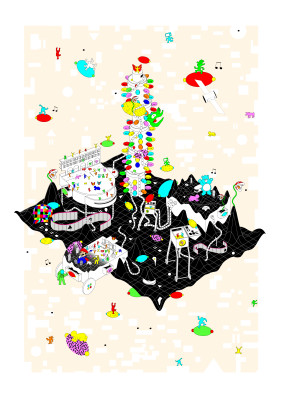 Architecture in our material condition is a search for new forms and territories.

The (non-)architecture proposed by THE CLOUD is the system you enter in ; a space of infinite possibilities that explores our virtual condition to create a true continuous variation of free actions in an amorphous and limitless generated environment.

The party is then a matrix infrastructure created by the Cloud : impalpable, intangible, but omnipresent. It is materialized by augmented reality interfaces that can be use at home, in a public space or in a festival to connect the people in real time to the party. It is a new form of collective conditioning that meets the idea of freedom.

What about embodying Mario for a live performance on the moon with your NYC friends while being in Hong Kong ?

Every one can become everyone and will meet anyone he wants in the interface. An algorithm of the party synchronizes the individuals at a planetary scale in a continuum of deterritorialized parties : a planetary grid of augmented entertainment.

The stakes proposed by The Cloud might not be to try to perceive the reality behind the illusion, but the reality of our desires hidden in the illusion itself, in order to liberate the concept of dance floor and become newly a vector of freedom.