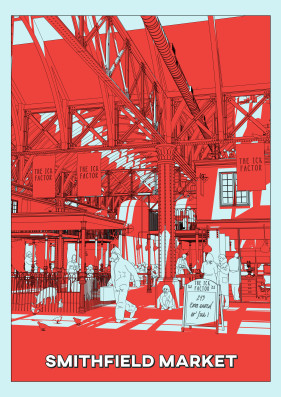 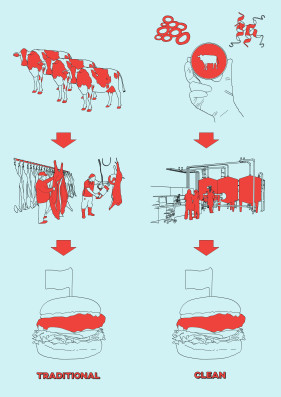 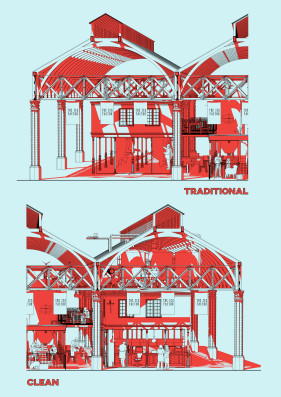 Never take sides in a conflict you know nothing about

The global meat industry is one of the biggest threats facing the condition and health of planet Earth. One alternative is ‘Cultured Meat’ (in vitro meat, clean meat), that is ‘meat grown in cell culture instead of inside animals’. The cultured meat industry faces many challenges if it is ever going to challenge the well-established traditional method of animal slaughter for human consumption. Alongside the economical and logistical implications of producing clean meat on a commercial scale, this emerging industry faces a social challenge; overcoming ‘The Ick Factor’. This phrase was coined in light of the growing negative public attitude towards meat grown in a petri dish by scientists in goggles and lab coats. The whole thing seems rather ‘unnatural’.

The scheme ‘The Ick Factor’ is an unconventional restaurant designed to test the attitudes of the general public around both the traditional production process and the emerging cultured meat process. The scheme is situated in Smithfield market, Britain’s oldest meat market. The restaurant and associated spaces overhaul a dilapidated section of the market, known as the ‘General Market’.

How will users react when both processes are situated side by side? On which side will they decide to dine?