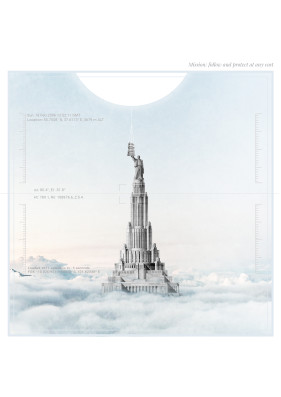 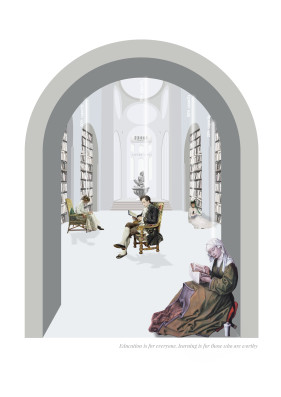 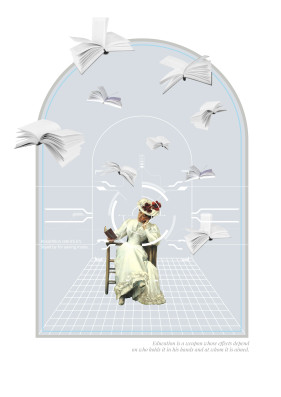 Learning for others or for survival

In the year 2596, life is glorious, just like they promised. The world is fully digitalised, people are numbered, not named and individuality is lost. The citizens of the authoritarian society live out lives devoid of passion and creativity, a nation with secret police and constant observation in order to avoid anything even remotely resembling individualism.Everyone knows their task and understands their part in the great purpose. Global warming has caused huge sea level rises and biotechnology rules, with mega corporations. The rulers are those with an empty mind- they need the others for answers.

Most of the books in the world have vanished. The ones that are left are locked in the tallest building there is – The Nimbus (“dark cloud”) that only few people have access to. The books will disappear one by one after being read and decanted in the hosts brain storage unit. No schools or universities exist and there is no need for education. Except for a hand full of people that THEY believe can help them maintain power. The building is watched 24/7 as well as the people inside- it is vital that there be no impediment to the tasks they must undertake. But they could be more dangerous that anyone could imagine. They form „The knowledge space” a space where you exist in what you do.