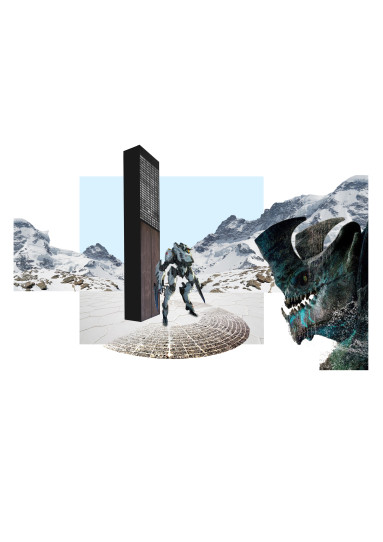 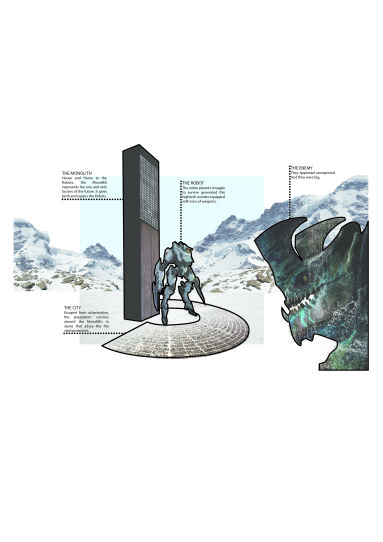 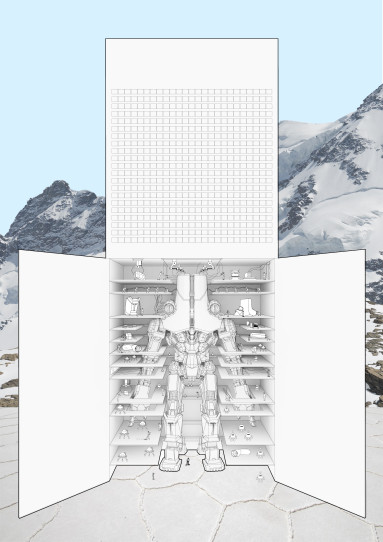 “An architectural reflection upon giant robots”

They arrived huge and unexpected. And they were hostile.

Colossal monsters from the stars, ready to conquer another planet. Ours.

Humanity joined together for the first time in history. All the resources to build machines that could fight the monsters. By the time they were ready, it was too late to remember the pre-war civilization.

Cities and countries were lost. The survivors moved to the edges of the world, seeking refuge and protection around the center of production of our weapons.

The Monolith, the only factory of this future, is the house of the Robot. The entire human knowledge is concentrated in these buildings to fight the last battle for survival. They are the last temples humanity generated; the house of new gods.