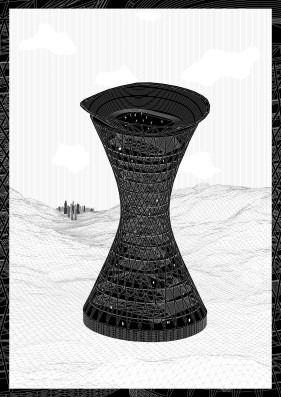 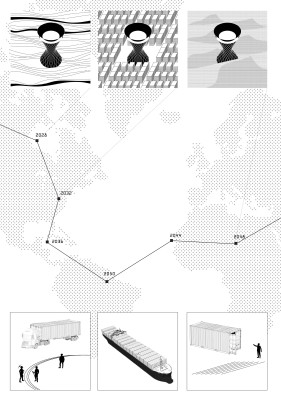 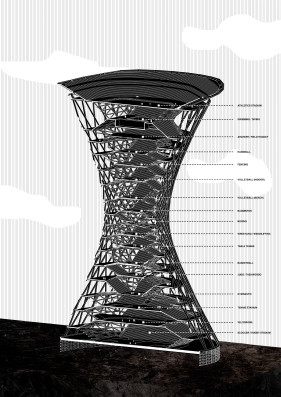 The world, A place like nowhere else. the Olympic games, the showcase of athletic excellence and human endeavour.

The Torch is the paradigm of the Olympics. A place showcasing all the wonders of the Olympic games in one structure, allowing spectators to discover step by step all aspects of this worldwide organisation. Without any context or legacy, sport facilities are usually a one-time tourist attraction but rarely used for anything else after the show. The Torch, designed as a light and moveable skeleton can easily be transported and placed in any environment. The ceremonial relay and implementation will be part of the show and used during the sports competition. Then it will be relocated to another country and continue its global journey to all corners of the world.

In a society where every country must pay more and more money to impress the rest of the world, the Torch serves to inspire and help each other. Funded by the CIO, countries would rent it throughout its journey, allowing the developing countries to showcase and promote their athletes. Thus, after Tokyo in 2020, the America until 2040, it will reach the African continent in 2044. The Torch is the foundation of the real meaning of the Olympic games, no longer a state of the art competition but a dreaming device, promoting every culture and blurring boundaries to create one big world focused on the art of sport.