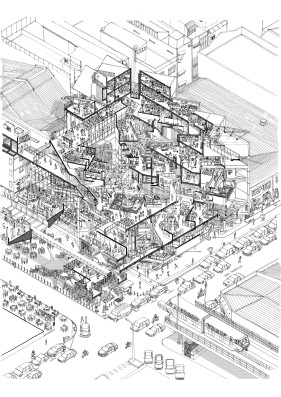 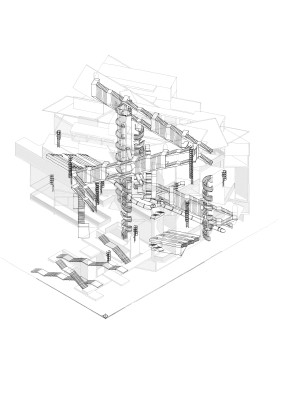 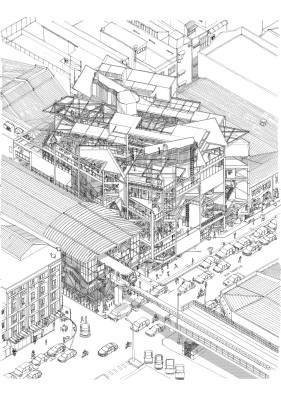 Disjunctions and Cospacing for Coworking

As offices are slowly moving away from a hierarchical organization and configuration with the rise of coworking spaces, what if a building can establish itself as a game of snake and ladders? An unending circulation filled with alternating program and accessibility, varying space conditions, multiple entry/exit point that provides coworker a game of choice towards an undetermined daily routine and events?

In references devised from Tschumi’s architectural disjunction theories, real and fictional architectural elements of events, space and movement with varying level of Visibility and Accessibility are disjointed and alternatingly distributed without a central point and clear hierarchy of space; which reflects the community’s decentralized organizational hierarchy. It encourages and allows the users to move and hot desking around different part of the building in different time of the day to either have a ‘fresh start’ or have a clearer view and be familiarized with the surrounding, thus creating unintended encounter and dynamic interaction within the community.