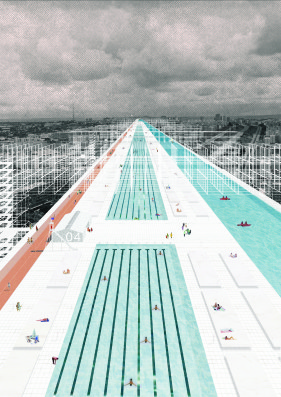 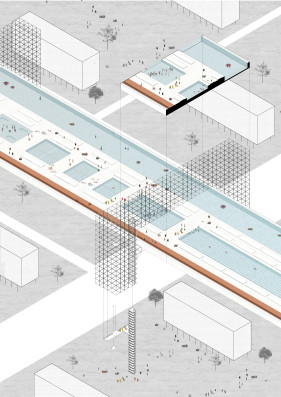 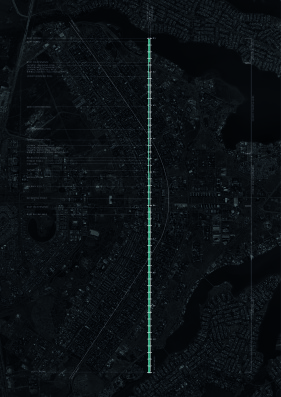 Of all sports facilities placed at public urban areas those that include pools are a rarity. Thus, in a utopian exercise it was created a public urban system dedicated to watersports in the capital of Brazil, Brasilia. The system transgresses the urban plan of the city and composes with the south and the north wing of the pilot plan with the intention of creating a new wing per say, though not for cars but for water: The Water Wing.

Brasilia, the federal district, recently received the title of the World Water Capital*, ironically, the city is known as being practically a desert. Between the months of June and September the weather becomes so dry, that all the green fields become brown and citizens start placing bowls of water around the house for humidity purposes. The Water Wing is a 12km elevated pool for sports, fitness and recreational purposes, where all bodies are welcome –  sick, fit, rich, poor, old, young and Olympic – with the purpose of displaying water sports as an urban installment and transform Brasilia in a truly water capital, whilst humidifying parts of the city.

*This nomination means the country will undertake the work of social mobilization and political and institutional involvement in water issues for the World Water Forum in 2018.