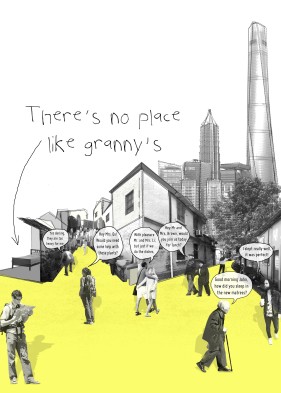 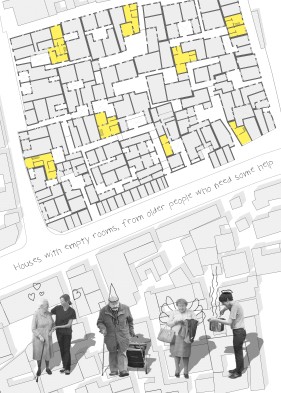 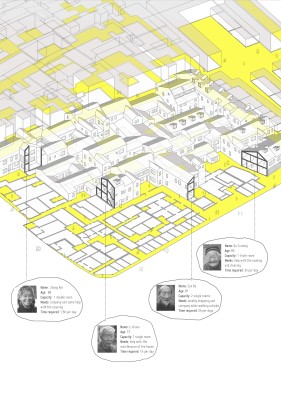 In every single society, the grandparents are considered an essential part of the family. It is undeniably true that time spent with them, growing up by their side, are considered very valuable assets for everyone. Indeed, those memories bring about feelings of warmth, happiness and nostalgia into our minds.

That’s what grandparents are for, helping, nurturing and loving their grandchildren without wanting anything in return. How delightful it was to stay at their place on those days when our parents needed some time for themselves.

Nowadays, the population is ageing fast and citizens over 60 represent more than 20% of the population in many cities. Very often elderly people find themselves alienated and lost in a world characterized by a dynamic, ever-changing society. Hence, after a life of working and providing for the economy, they find themselves without the support they need and deserve.

For this reason, this work aims to show a new kind of hosting. Specifically, this case study is placed in Shanghai, at Yu Yuan district. However, it can be extrapolated to any global city in the world facing the same issues.

Shanghai is an example of an Asian megacity, there are many cities in China with similar social and urban conditions. People over 60 amounts to almost 23% of the population. Moreover, the single child policy has aggravated this circumstance even further leading to an ageing population. Their pensions are not enough as they haven’t increased as much as the inflation did. Many grandmothers and grandfathers need some attention or care that neither they nor their families can afford.

But that’s not everything, they are old, but still have a lot to offer. Elder people usually have their own house, sometimes situated in the city centre or in close proximity as they originally lived there before the city expanded to the size it is today. These house’s require maintenance which they sometimes can not fund.

Considering all those facts, a new way of understanding the stay could result taking place all around China, and may be the rest of the world. The pricing criterion could be based not only on economic factors but also on the own hosts helping and aiding the owners, leading to narrow collaboration between each party (for instance, low prices, or even for free, when there is a high involvement of hosts with the owners). In any case it would benefit both parts: cheap and cosy rooms to stay in special houses for the hosts, and money, company and/or help for the old people.