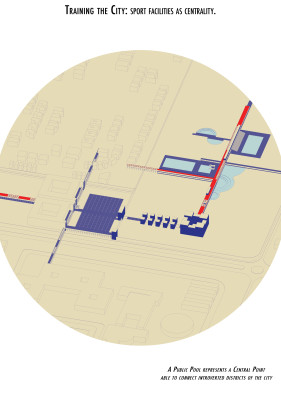 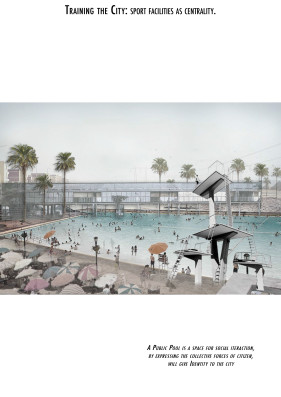 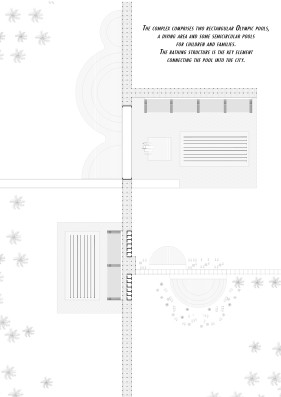 The present work wants to question the meaning of sport facilities at urban scale. It has been developed starting from the analysis of desert cities in Cairo, characterized by fragmentation, social segregation, and low density.

The design of a Public Pool was inserted in an urban scale strategy to create a network of centrality and to build an image of the city.

Why does a Public Pool (and, more generally, sport facilities) represent an important centrality in the city?

It is the place for hosting representative events, where citizens gather as part of a team, regional or national. It built a sense of community.

The London 2012 Paralympic campaign states: ”sport doesn’t care who you are”. It is, then, reasonable to claim the social meaning of sport facilities as a space open to diversity, suited to social interaction and cultural integration inside the city.

As space for leisure and social interaction, sport facilities can work as glue in joining different districts, opening a bridge between introverted parts of the city.