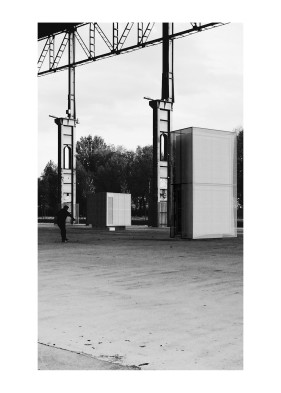 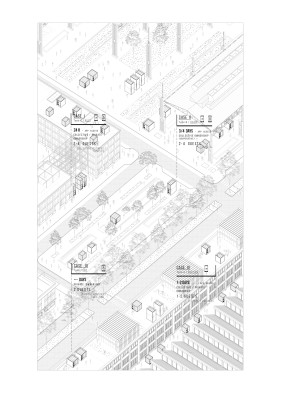 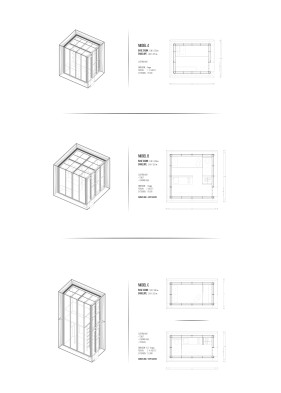 An unprecedented sleeping opportunity in the unusual city space

U_Box is a collection of three independent inhabitable booths, modulated in size and di erentiated in services in order to t the basic function of sleeping, no matter the target, location or ownership. The concept attempts to de ne a series of generic objects, which only purpose is to serve as enclosed, secured place where the individual(s) is enabled to rest: minimum di erentiations or implementations are intended to customize the starting box according to the desired target group/number of guests, plethora of the user’s necessities ful lled within the booth, or even the aesthetics of the box itself.

U_Box, in its three distinguished modules, allows to host the young independent traveller looking for just a shelter to spend the night, as the visiting tourist needing a room after their daily exploration, the itinerant couple on the way towards their destination, the fresh newcomer waiting for a more perma- nent accommodation. The procedure is simple: the generic box could be programmed for short stays (1 night) or longer periods (up to the week) and be accessible with a mobile app that interacts with the U_box smart-lock. No reservation, no bookings are required, as the potential users can approach the Box with their smart device in order to access it and inhabit it whenever they feel the need. The external illumination emphasizes the structure availability to host, turning its outdoor lights o once occupied by users or while undergoing maintenance: a logic intended to interpret the suggestion of an urban lighthouse, as a beacon to guide the traveller towards a place where to feel safe and sleep. Beside the lights, the booth external covering plays a role in highlighting the durability of the allowed permanence within the encountered box: the basic unit stands for short stays; the external steel frame covered with fabric points out the possibility to use the structure for more days, providing an aesthetic di erentiation and a clear, immediate communication with the users.

U_Box is conceived, as mentioned, to be a generic object. It consists in a simple wooden booth covered with white, semitranpsparent plastic panels. With its neutrality, it could t a public square, a passage, a park, a private garden or a building roof. An initiative aimed to deliver unconventional room in unprecendented city places, as result of a public initiative or as the opportunity for a private to establish in its estate an extra but independent space for common guests or detached Airbnb and any couchsur ng initiatives. It is meant to be an instrument as much valuable for the institution as for the individual: the rst o ering an organized system of certi ed, public accommodations, the second as constitutive part of a widespread, porous network of private hospitality.

U_Box is a new way to conceive the hosting in the city and beyond the city. It’s the dynamic, sur- prising alternative against the outdated, expensive notion of hotel. It’s the innovative solution for everybody.