The project narrates a future post-war scenario: Nuclear Winter. Taking space as a medium, it examines and speculates the atmosphere where World War Third survivors would inhabit. The design reminds the pathetic consequence of war; as an anti-war symbol. 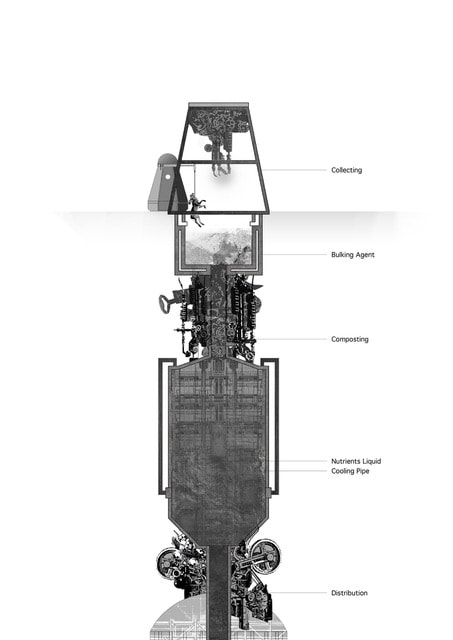 There will be another worldwide warfare, eventually. With an understanding of the traditional shelters in both World Wars, such as Underground Stations in London (used in Second Wolrd War), and the theorised of the horrific ambience in Nuclear Winter, an underground complex structure has been proposed. 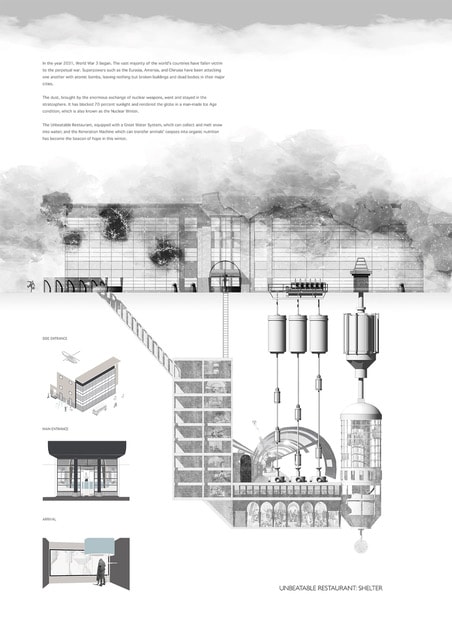 The geometries of the Shelter are metaphorical. They intend to recollect the memories of the destroyed Glasgow City, and help residents settle down more easily. The fictional design of the mechanical systems such as the ‘Water System’ and ‘Recycling the Dead’ takes geometrical advantages from the models of earlier shelters. 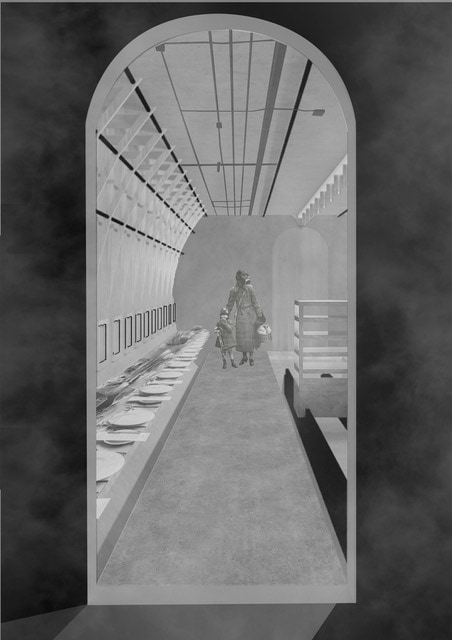 The Shelter has yet given a final answer or solution to the disaster; Instead, it has raised a more profound question: how would the new society be different from the one we are today? Without answering this question, it seems any new Shelter can only maintain for short. 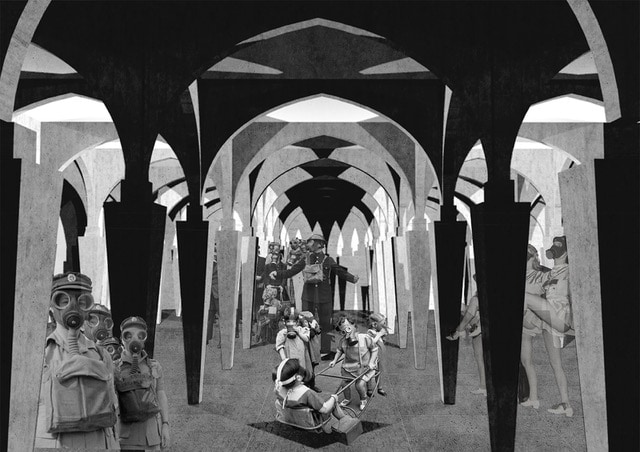 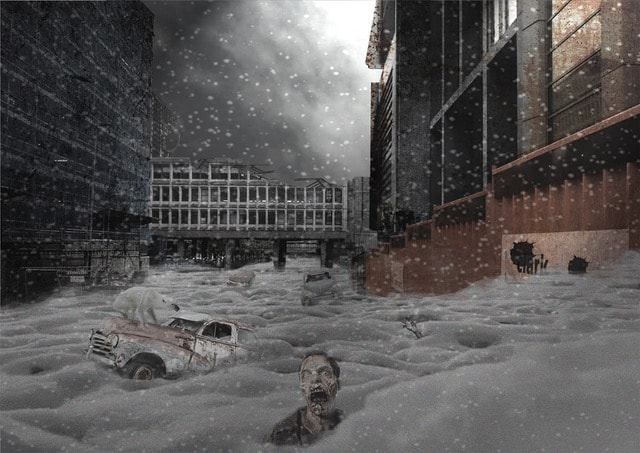 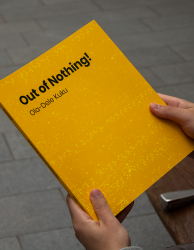 QUESTION ARCHITECTURE: Out of Nothing! 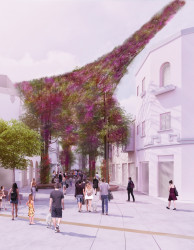 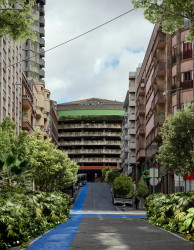