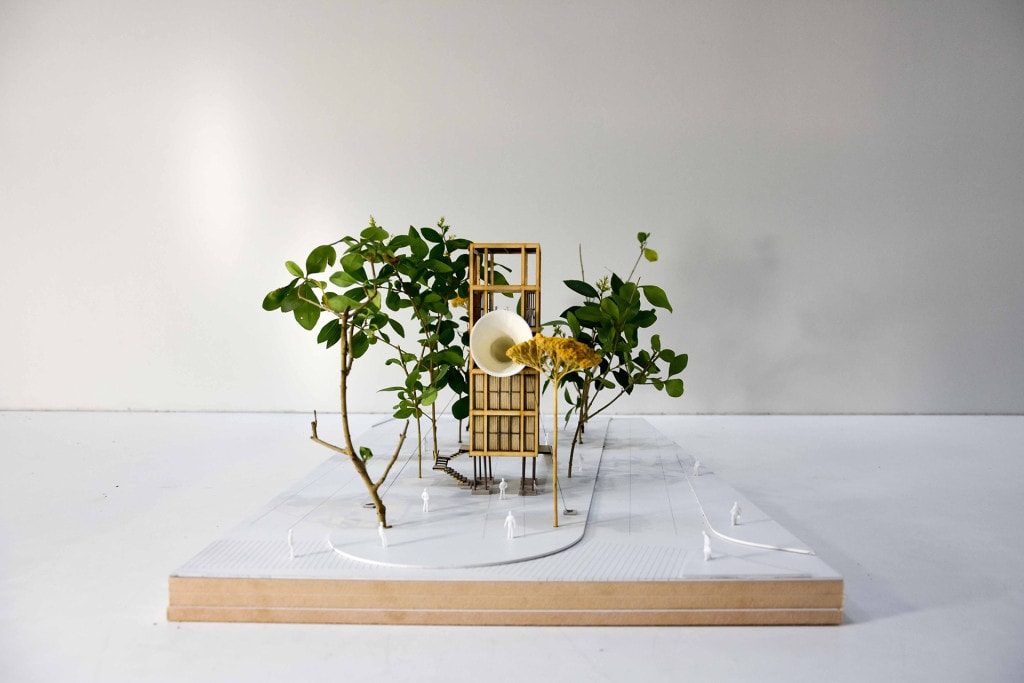 This speculative project explores the act of listening to ‘noise’, to develop a new critical attitude to understanding sounds of the contemporary city. The essential aim is to create ears which separate, abstract and re-organize the myriad of sounds of the environment, which often ends up in a cacophony. The sounds of the surroundings are captured and amplified; the harvested sounds conjure up a new soundscape. The structure has the ability to reveal the specific sounds of the city in different situations, given its ability to perform to site specific conditions and to adapt, as well as perform according to the different sounds within the broader Soundscape of Bogotá, Colombia. 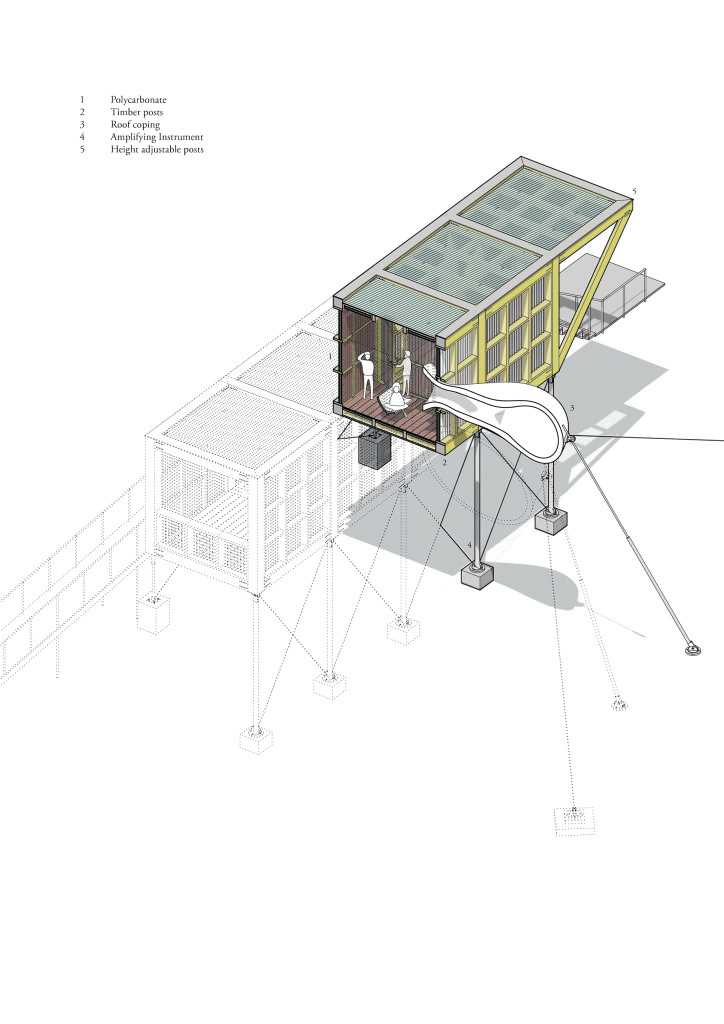 Our current society is mostly dominated by the visual sense. This western notion was best described already in the Ancient Greek time by Heraclitus, ‘The eyes are more exact witnesses than the ears’. Similarly Aristotle wrote, ‘sight approximates the intellect most closely by virtue of the relative immateriality of its knowing’. The 20th century has proven and determined once again the course of visual focus within our society, as well as architecture of course. 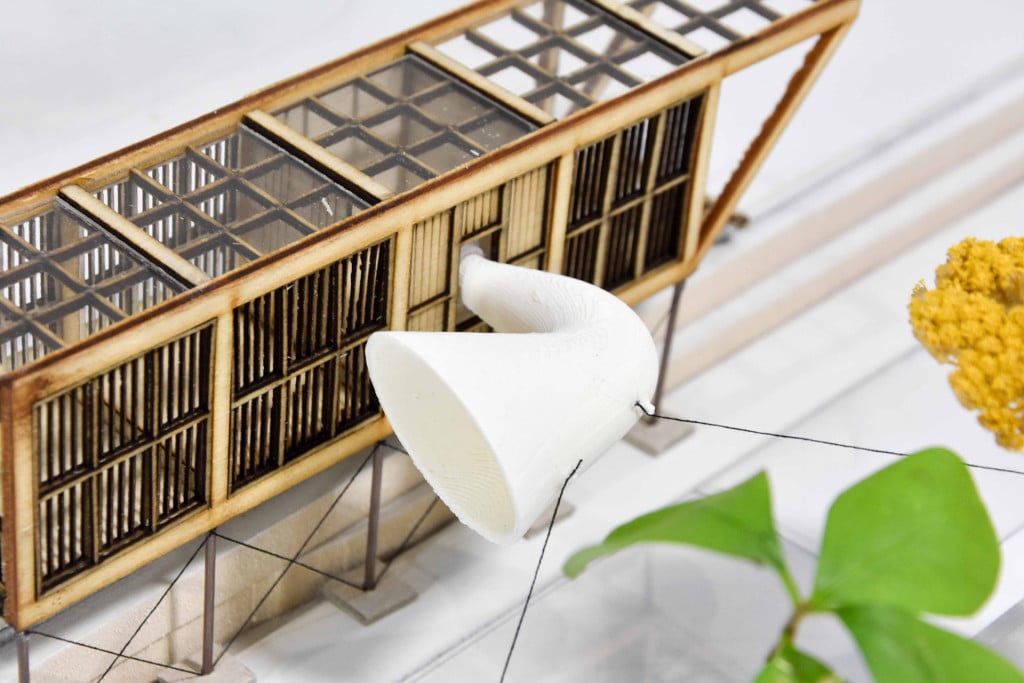 “The fact that the Modernist idiom has not been able to penetrate the surface of popular taste and values is due to its one-side visual emphasis; Modernist design has housed the intellect of the eye, but it has left the body and the other senses, as well as our memories and dreams, homeless.” (Pallasmaa, 1996)

Due to temporal nature of the listening apparatus, the project aims to be an explorative tool in which three different scenarios within the built environment in the Bohemian neighbourhood of Teusaquillo are to be introduced. Related to these scenarios, each site is tackled respectively with a (re-)configuration of the listening device as well as the hosting box, shall respond to its context appropriately in terms of scale, positioning, and essentially form. 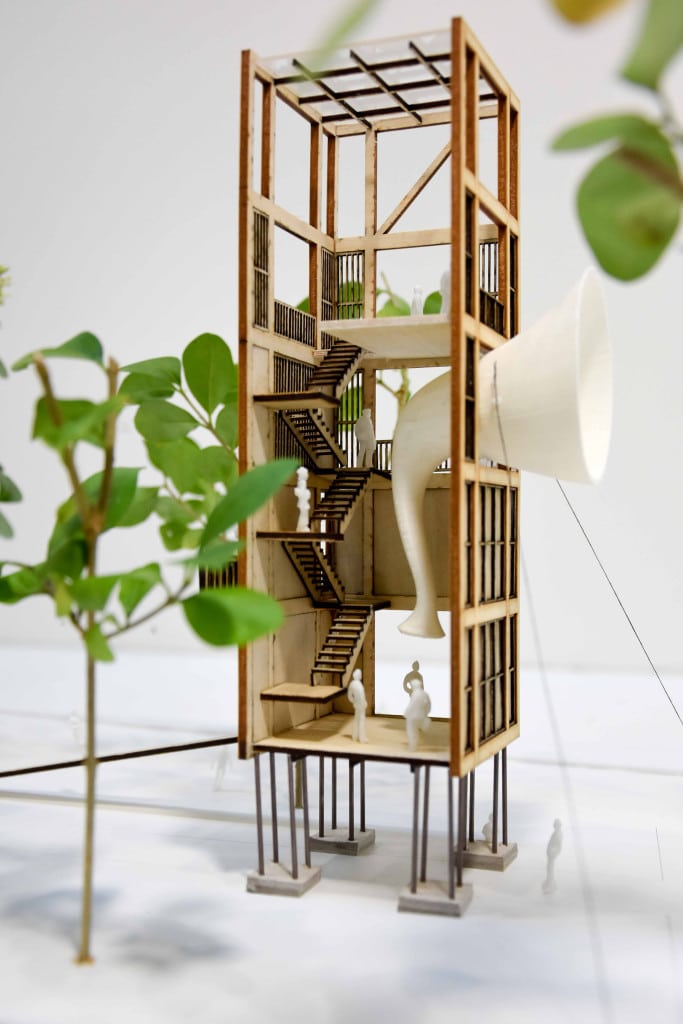 The Listening Devices have the ability to be supported by event programmes including musical performances, imaginative auditory workshops, as well as sound recordings. Having the ability to connect these three sites into an explorative route in which the landscape of Teusaquillo contracts and magnifies, opening up new relationships across the River Arzobispo, Parkway, and the Campus Universidad Nacional. 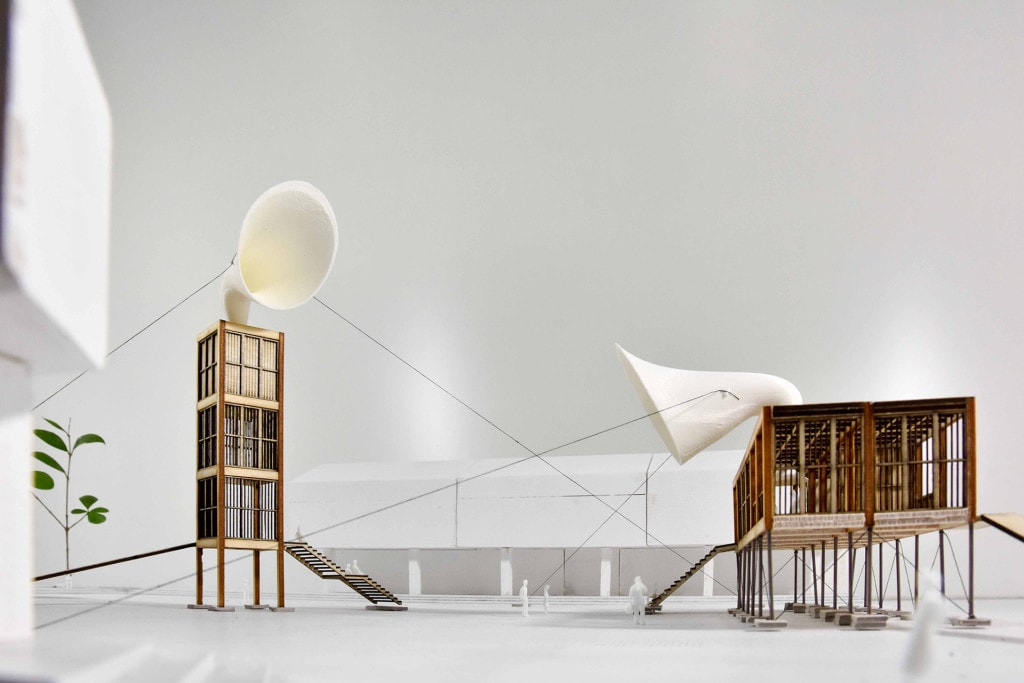