Legend of Benidorm: An Urban acupuncture

Today, as a consequence, Benidorm is seen through a thicket of sky scrapers lined up along the 3 kilometres long beachfront. Whilst one might argue that the activity along this long strip of sand represents a burden foreign visitors have left to the city, can this linear strip of land instead be seen as an area of opportunity?

The beachfront is known as a place of leisure in Benidorm which is host to globalised culture, it is one of the rare places in the city, which is used by both temporary and permanent residents. This is particularly evident for the temporary underpaid workers which the project aims to target. Since many of these jobs are predominantly serving the mass tourism clientele Benidorm attracts yearly, a constant change of the programmes on the beachfront in between summer and winter makes these jobs very hard to sustain throughout the whole year. The project is to create a mixed development of flexible social housing for the low income residents working on the beachfront for the touristic sector of Benidorm. The social housing will be open to all temporary workers with a flexibility of offering the opportunity to start their own businesses or workshops within the scheme or directly integrated into their housing units. Project will be staged in several phases and the rent of these units will help fund the entire project.

By channelling people away from the already overpopulated beach, the project aims to take some pressure off the beachfront and encourage people to divert into these new pockets of spaces. At the same time, as Benidorm will soon reach a point where there will be no more vacant sites to build on, the project acts as a testing scheme that could be implemented to many other underutilised areas of the city as an urban acupuncture strategy integrating the beach back into the city. 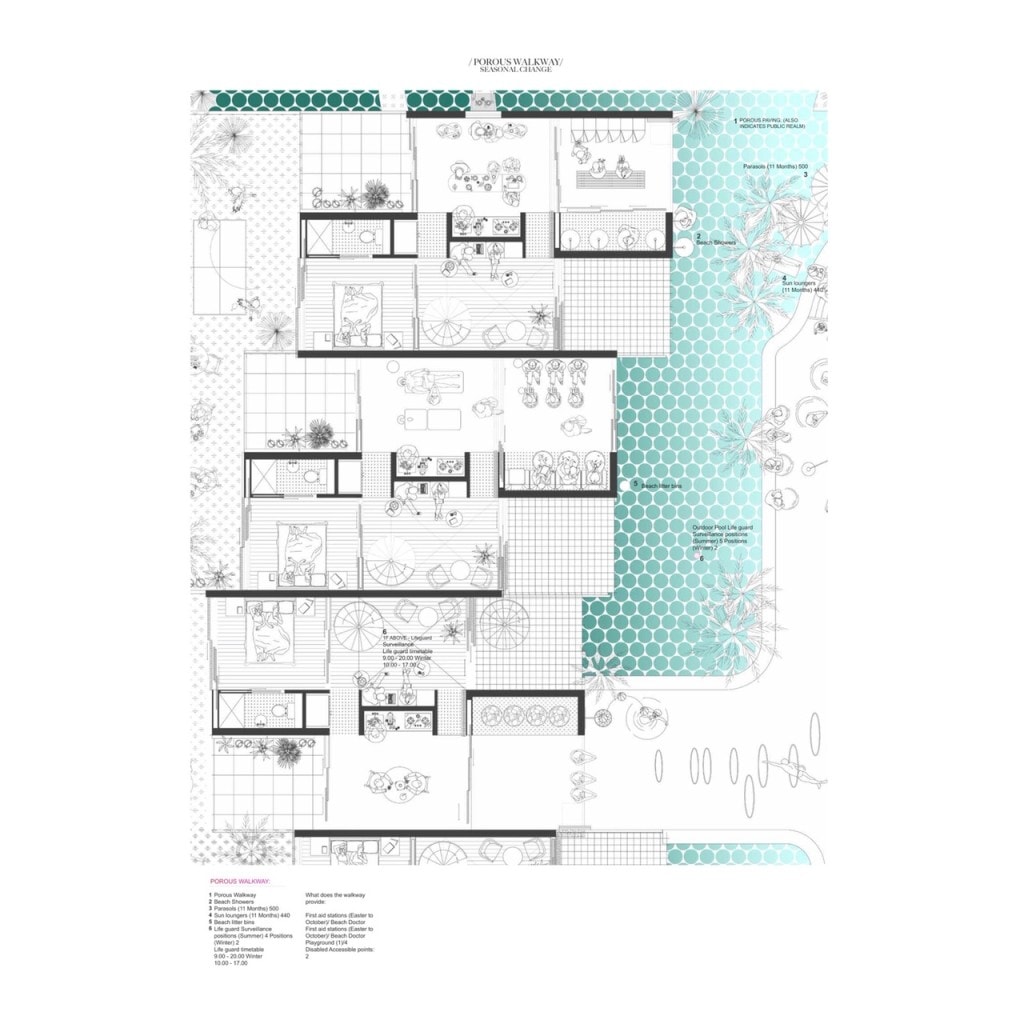 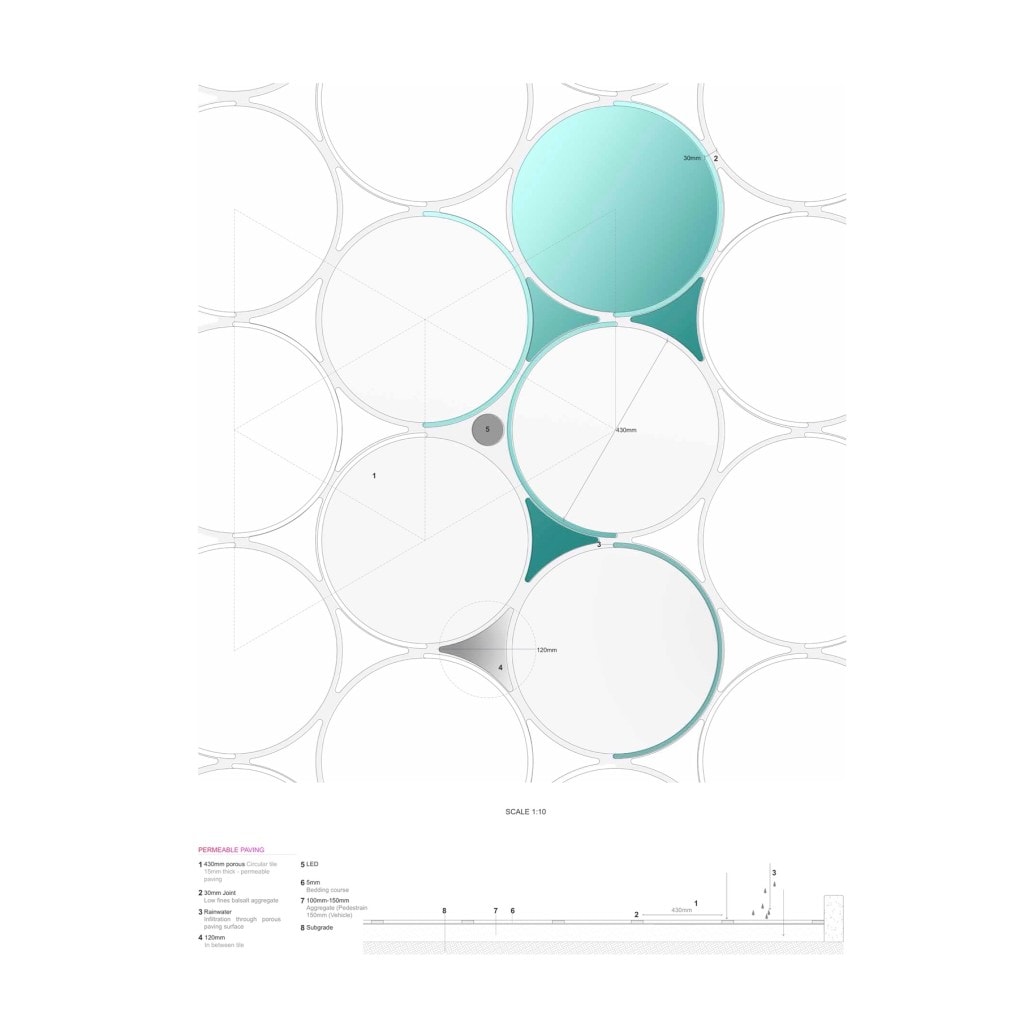 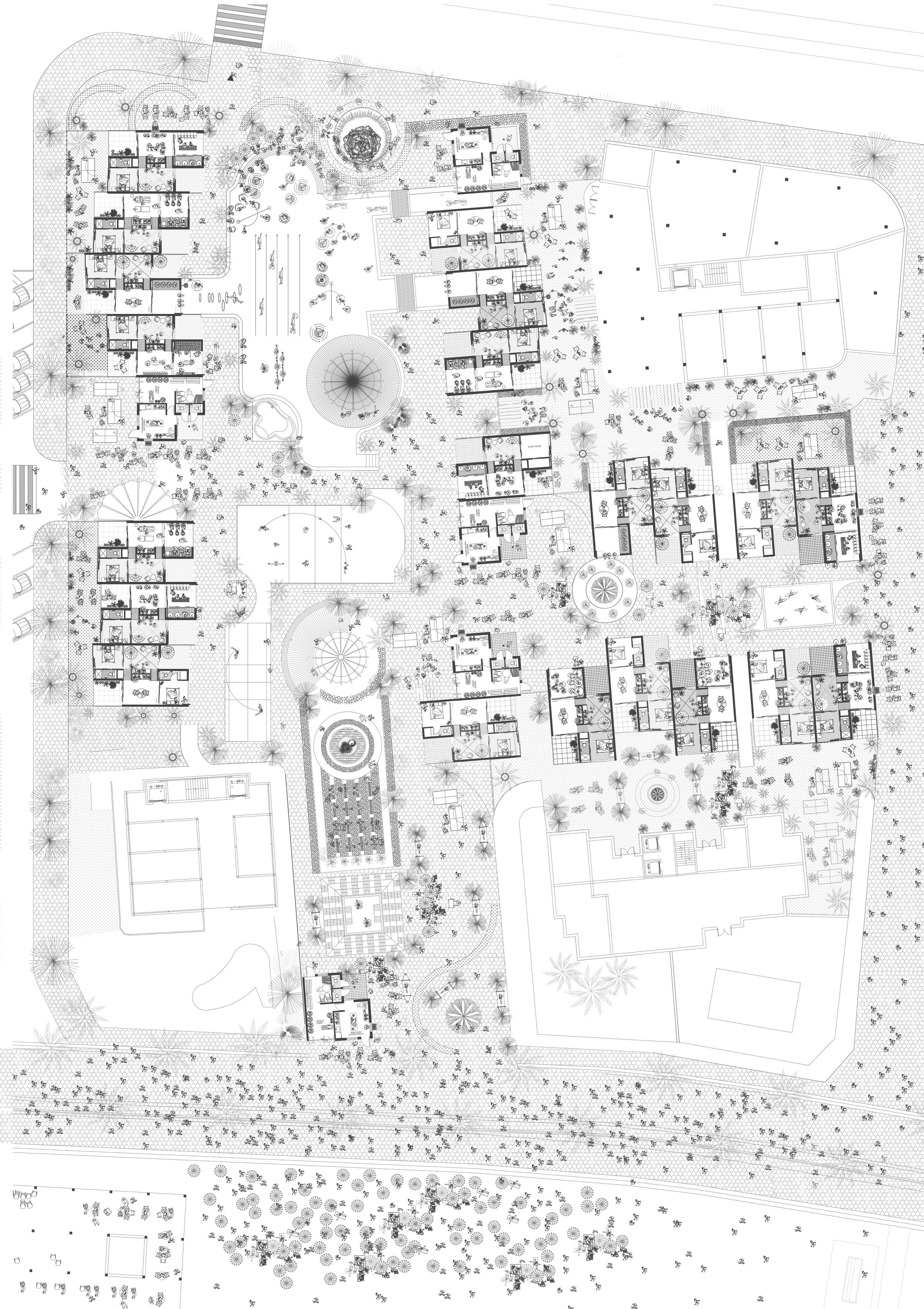 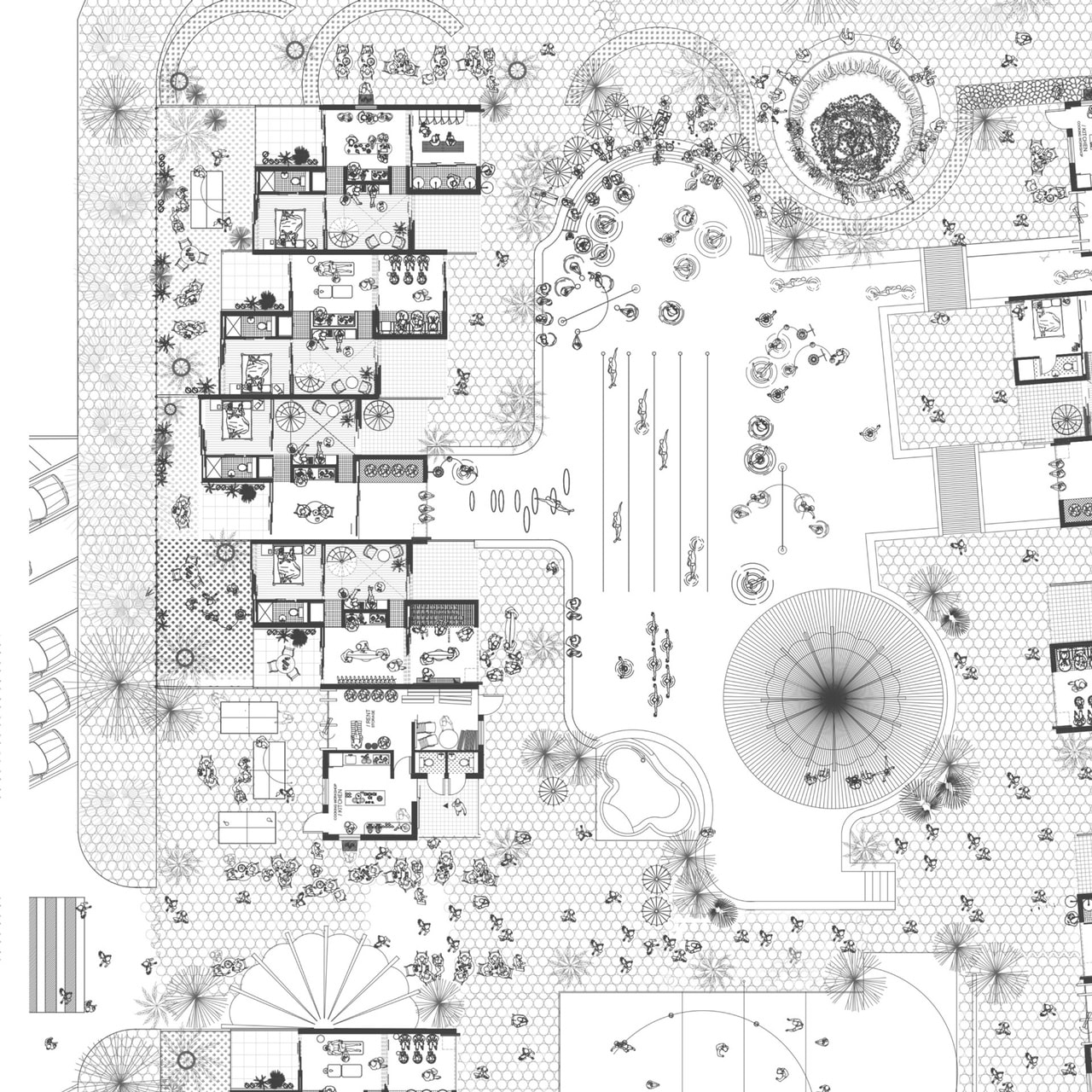 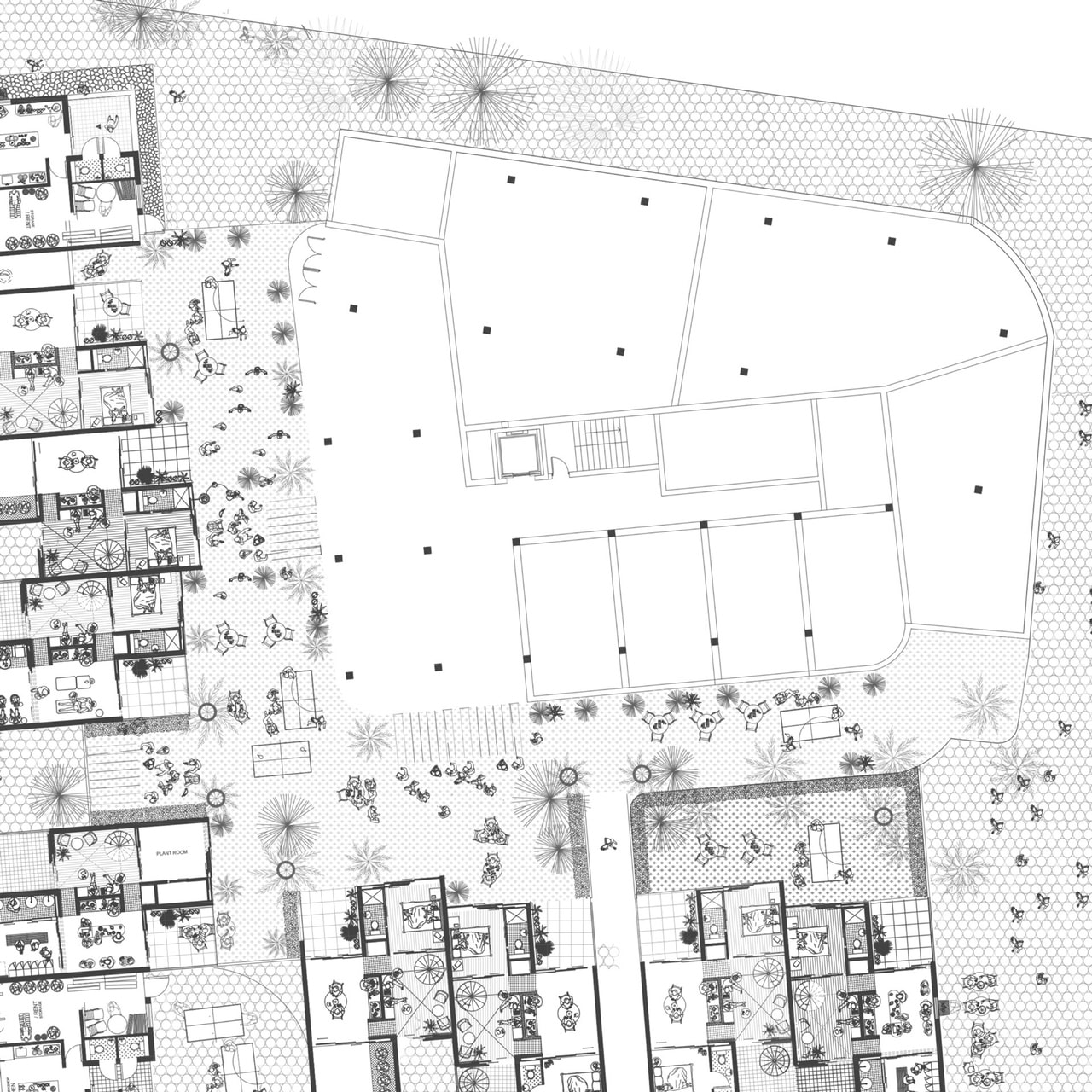 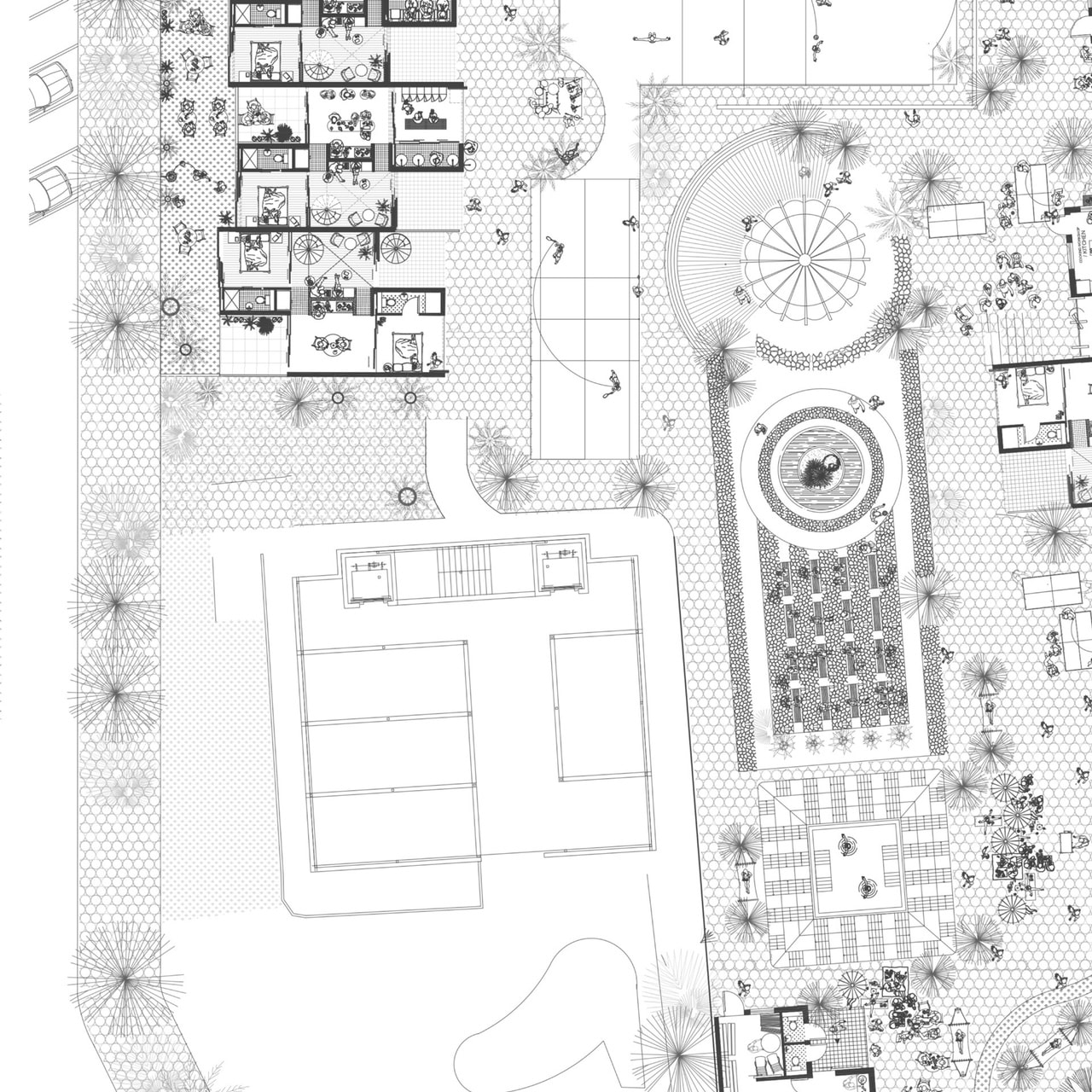 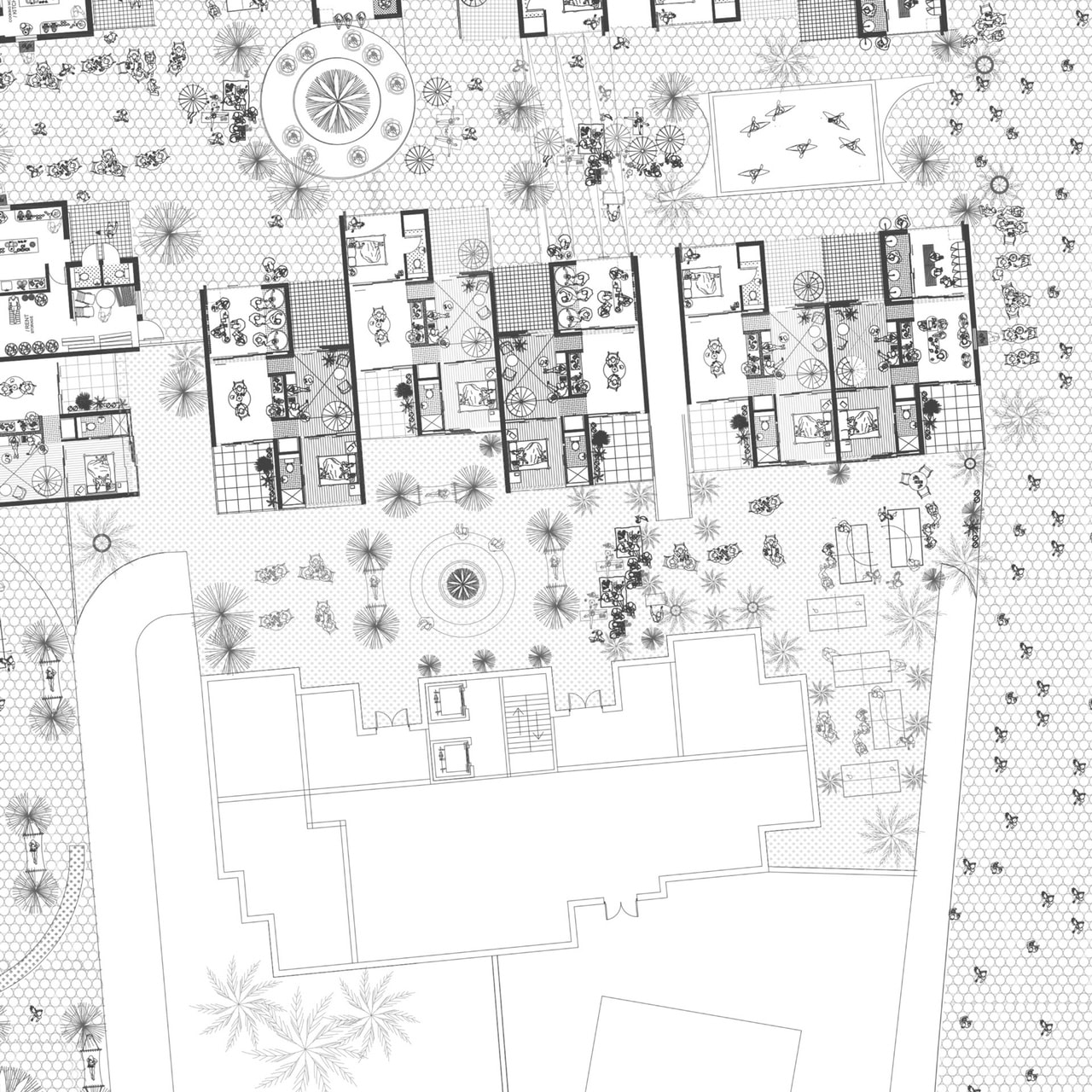 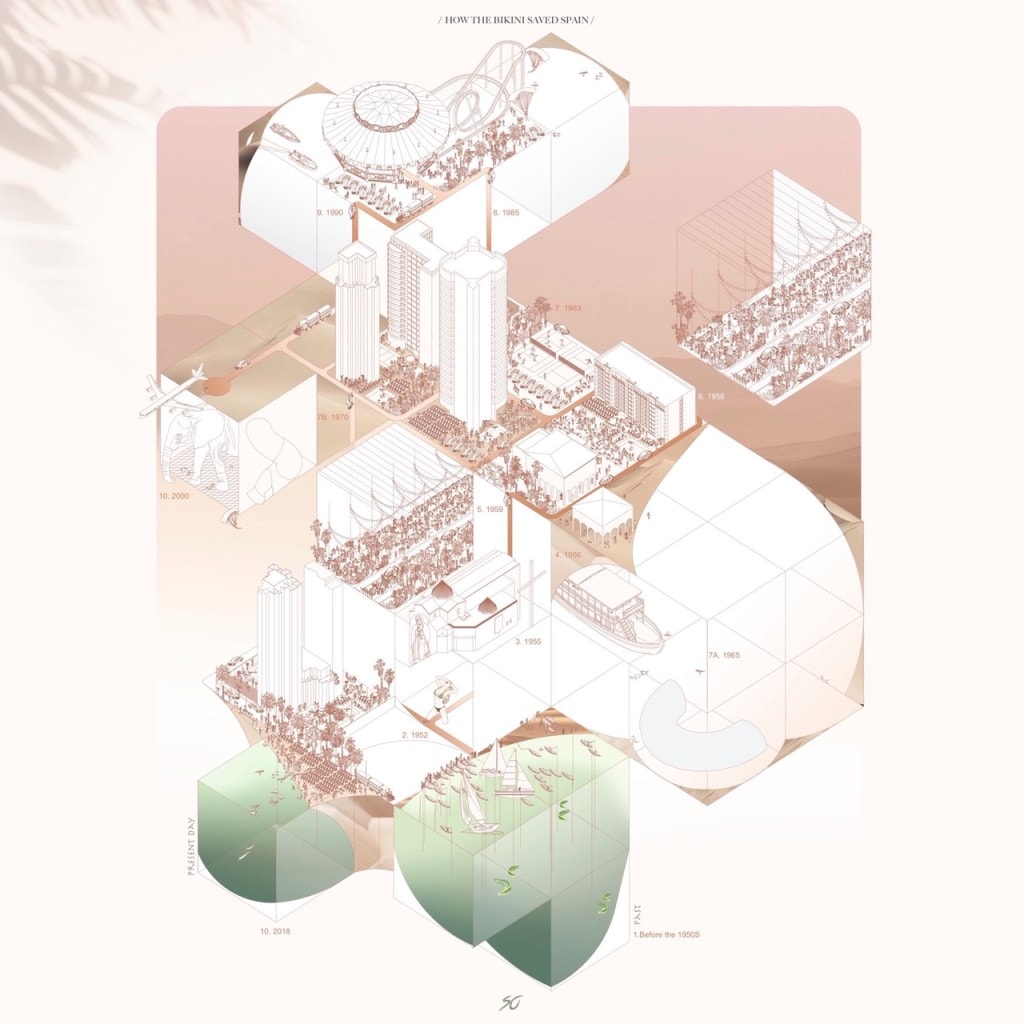 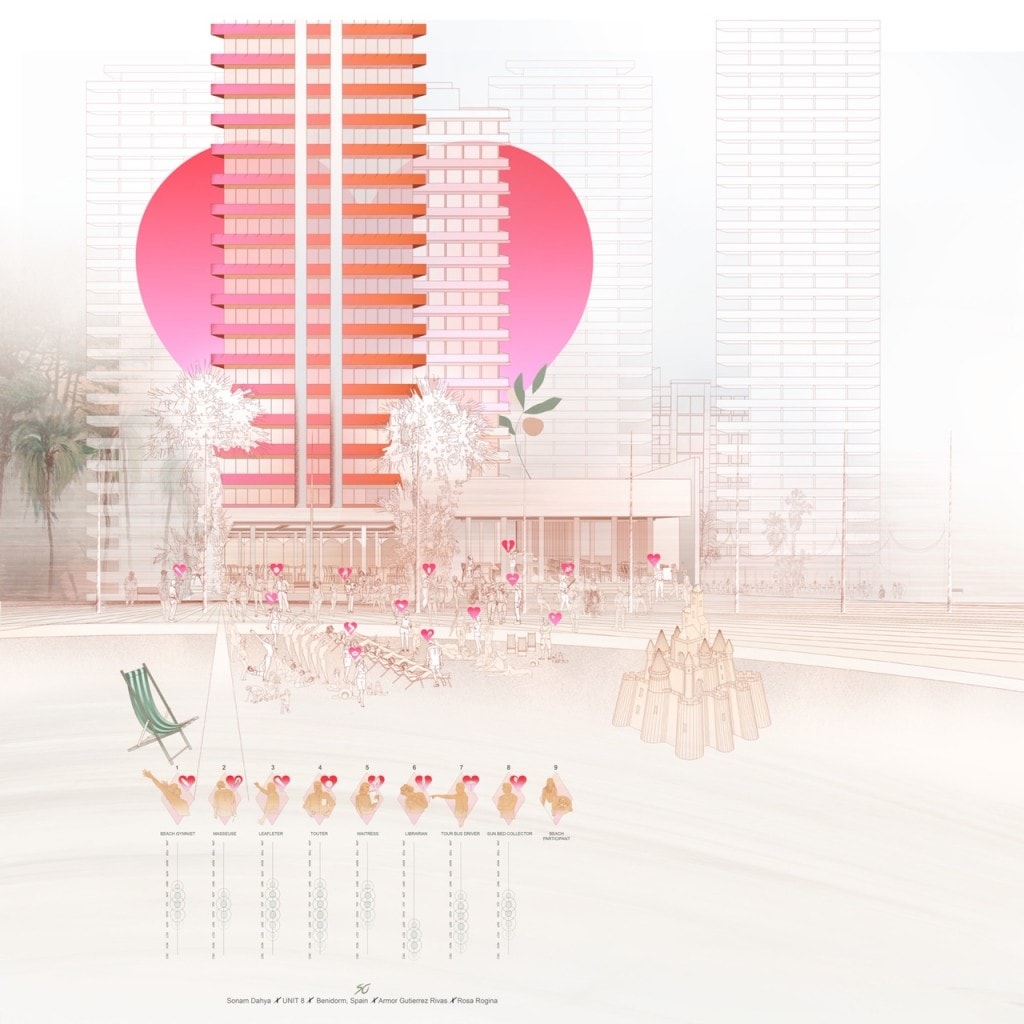 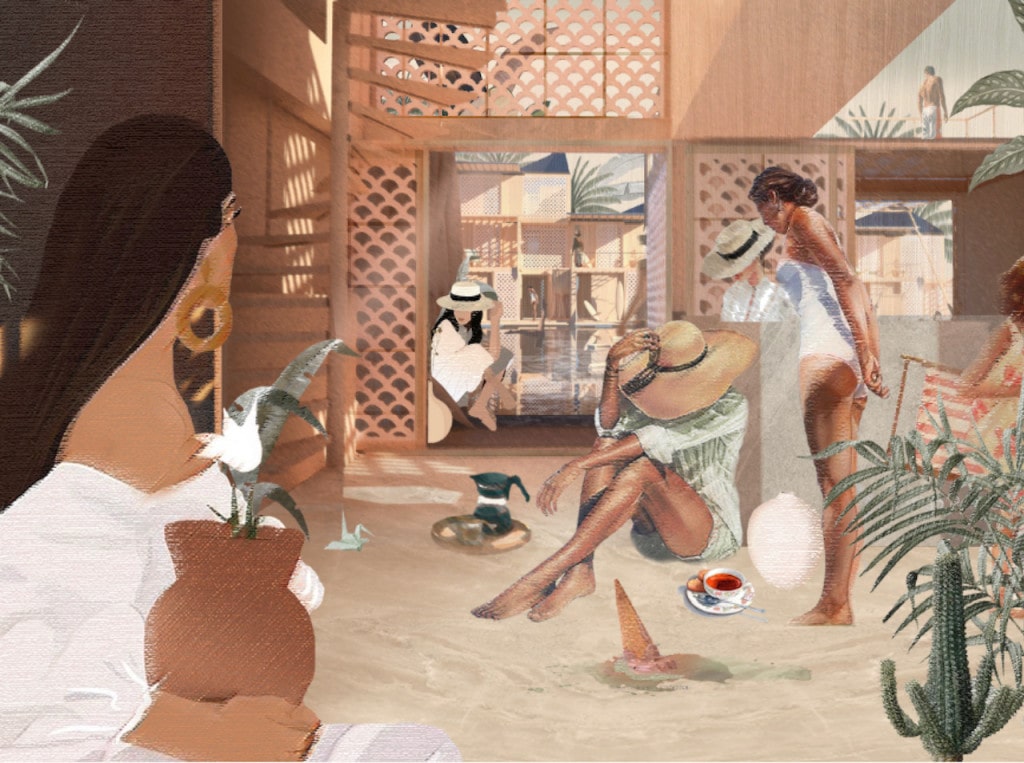 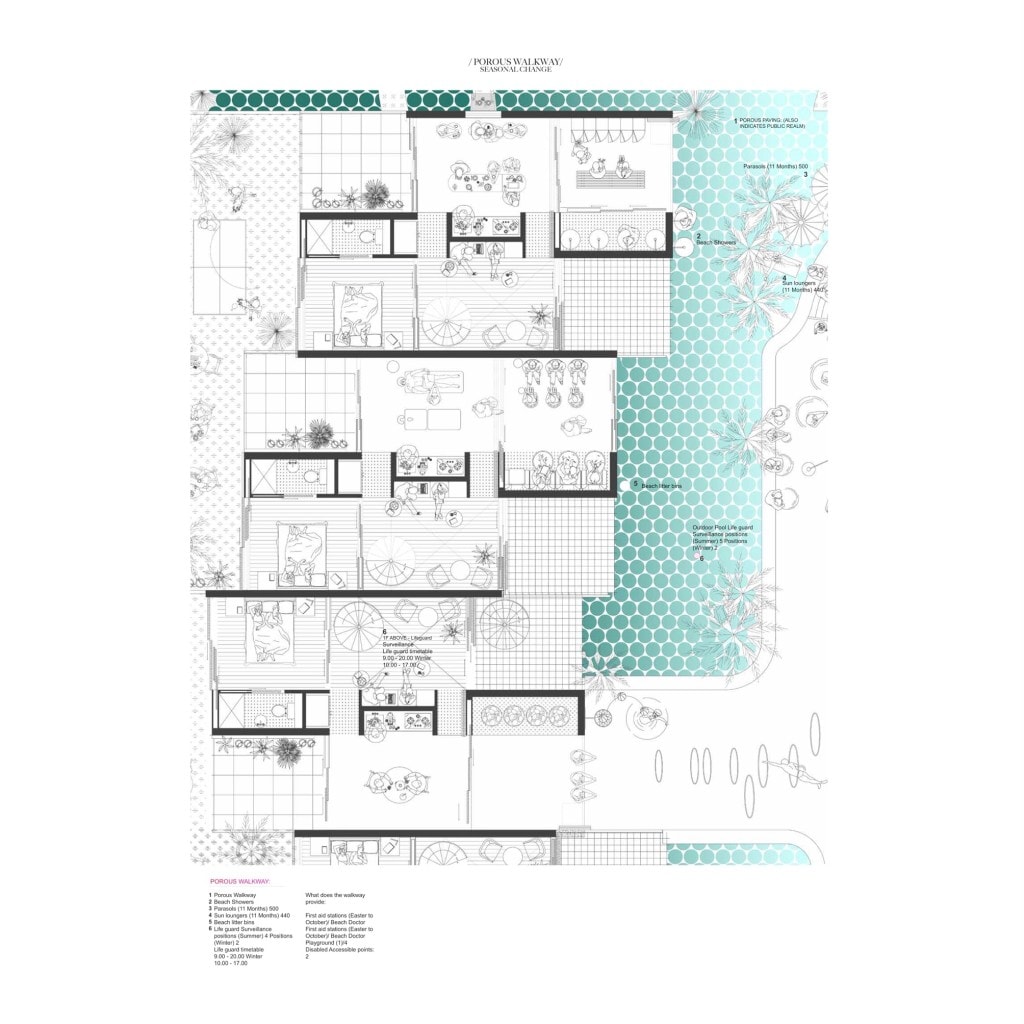 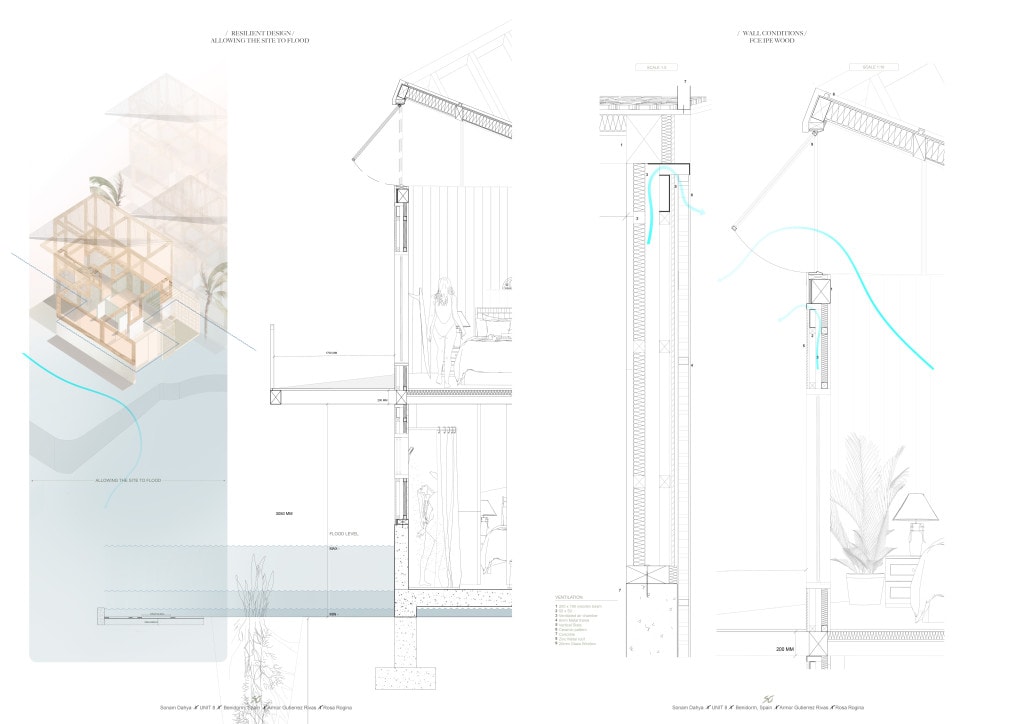 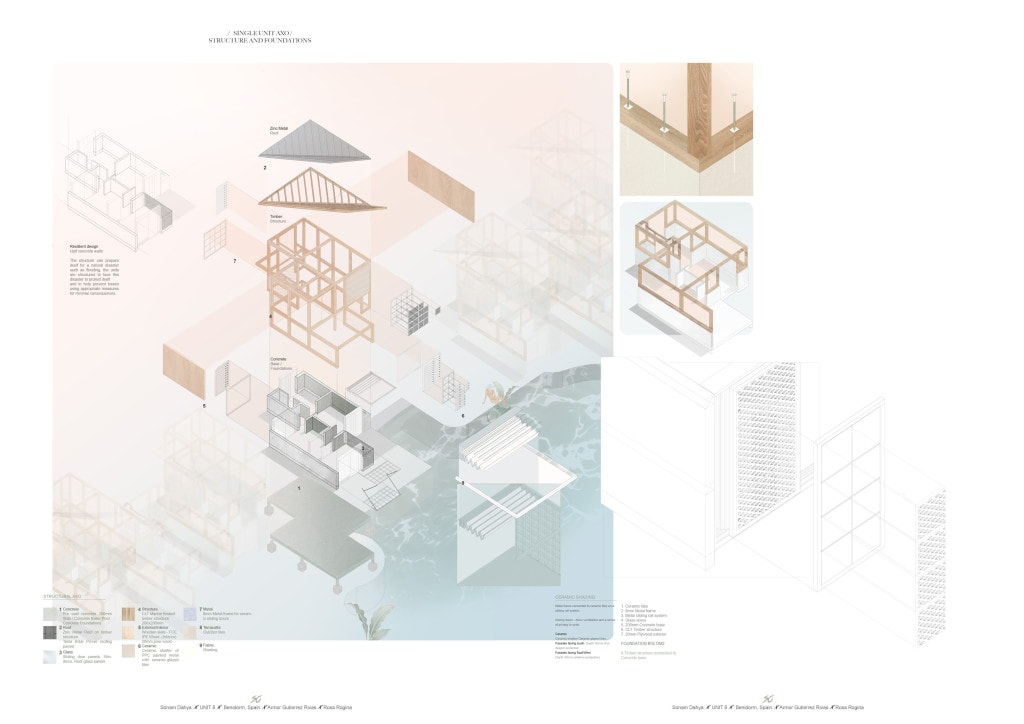 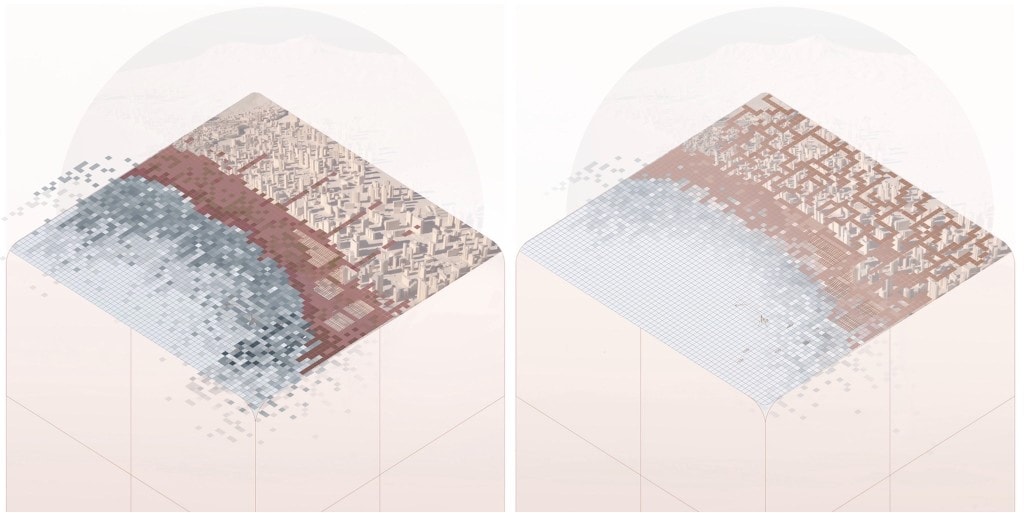