La Cité Frugés is a housing development located in Pessac (a suburb of Bordeaux) designed by Le Corbusier in 1926. It was one of the first applications of “machines à habiter” concept. From the first years of its existence, the inhabitants transformed the houses in order to adapt them to their ways of living, their needs and their desires. Through these reappropriations they invented a particular vernacular architectural style different from that was created by Le Corbusier. 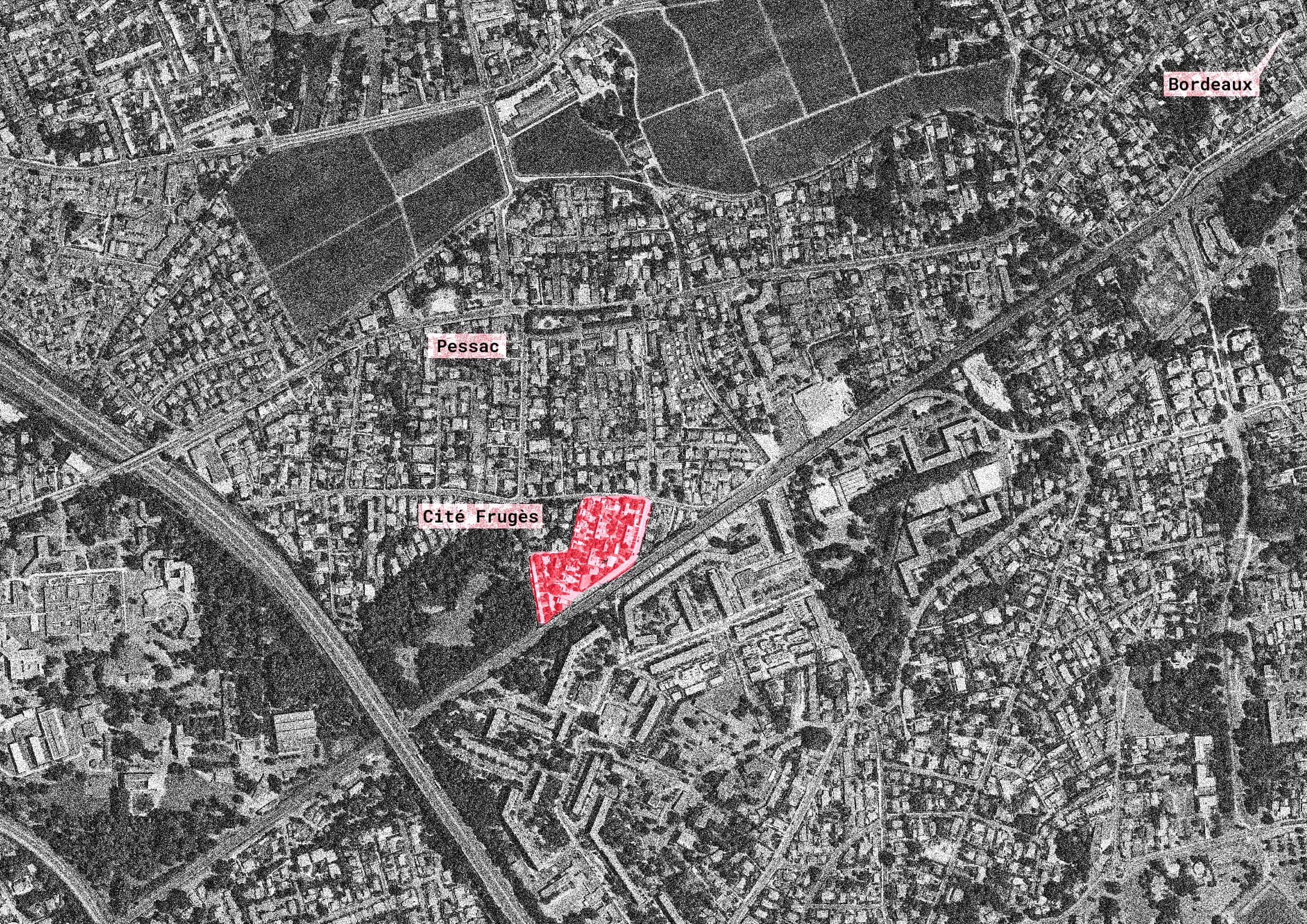 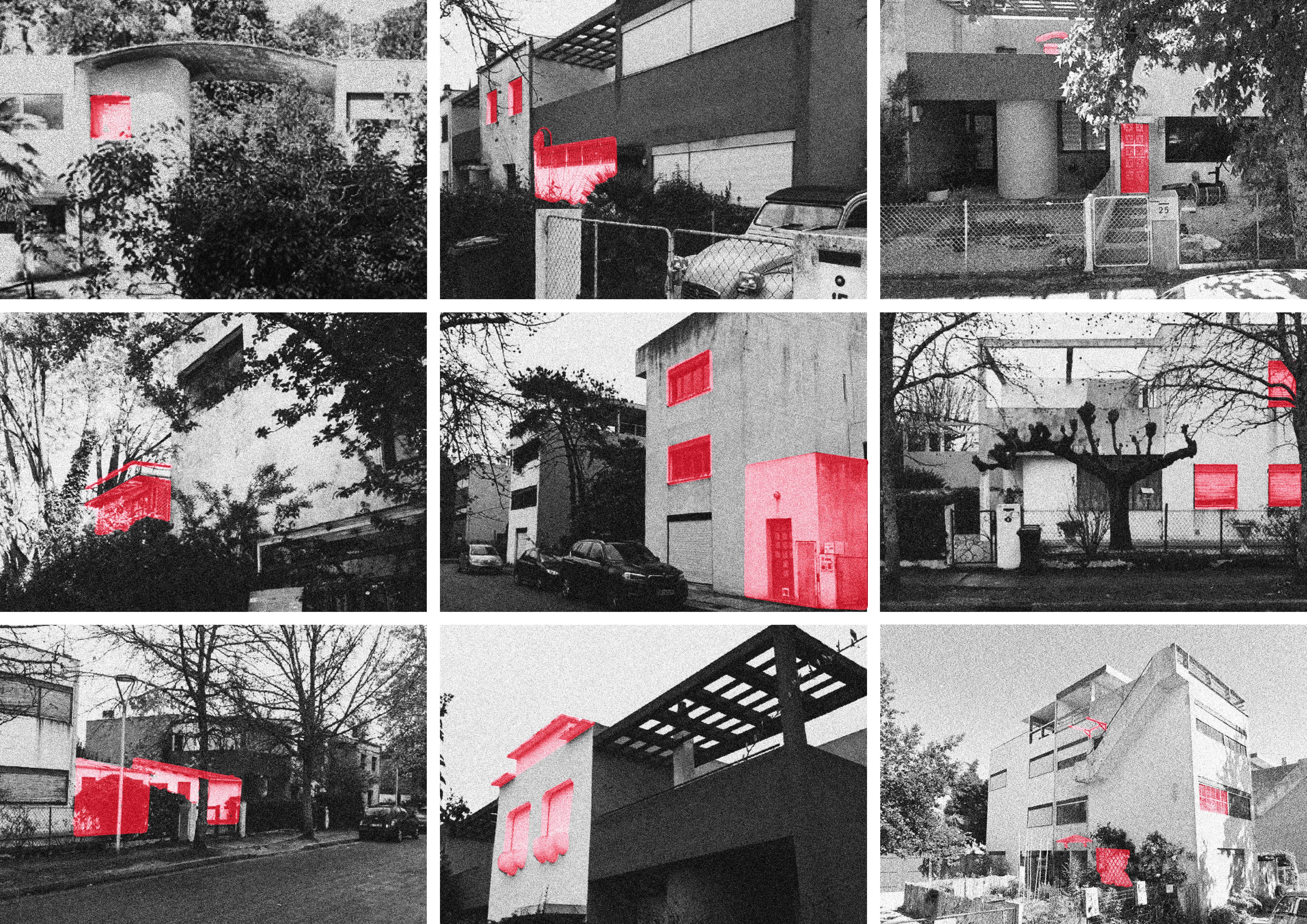 Since the 1990s, this site has had several stages of UNESCO World Heritage classifications. Therefore, nowadays the inhabitants have certain complexities of living in a place of heritage. In fact, they don’t have liberty to modify or to decorate façades of their houses. They only have a right to transform the interior spaces without touching principal elements of the buildings. Probably, unauthorized modifications will have to be demolished in order to preserve the spirit and ambience of the site imagined by Le Corbusier. In addition, every year La Cité Frugès welcomes more and more tourists, who consider this neighborhood in a different way than its inhabitants: as a public space, a museum or a monument. Thus, there are some disagreements between inhabitants, visitors and authorities about the way in which the neighborhood should evaluate.

The main goal of the concept is firstly to save trace of reappropriations made by inhabitants and to adapt this process to new conditions of living in a place of heritage; and secondly to refind a public space in the neighborhood, as a place of exchange between all the inhabitants, visitors ant authorities. 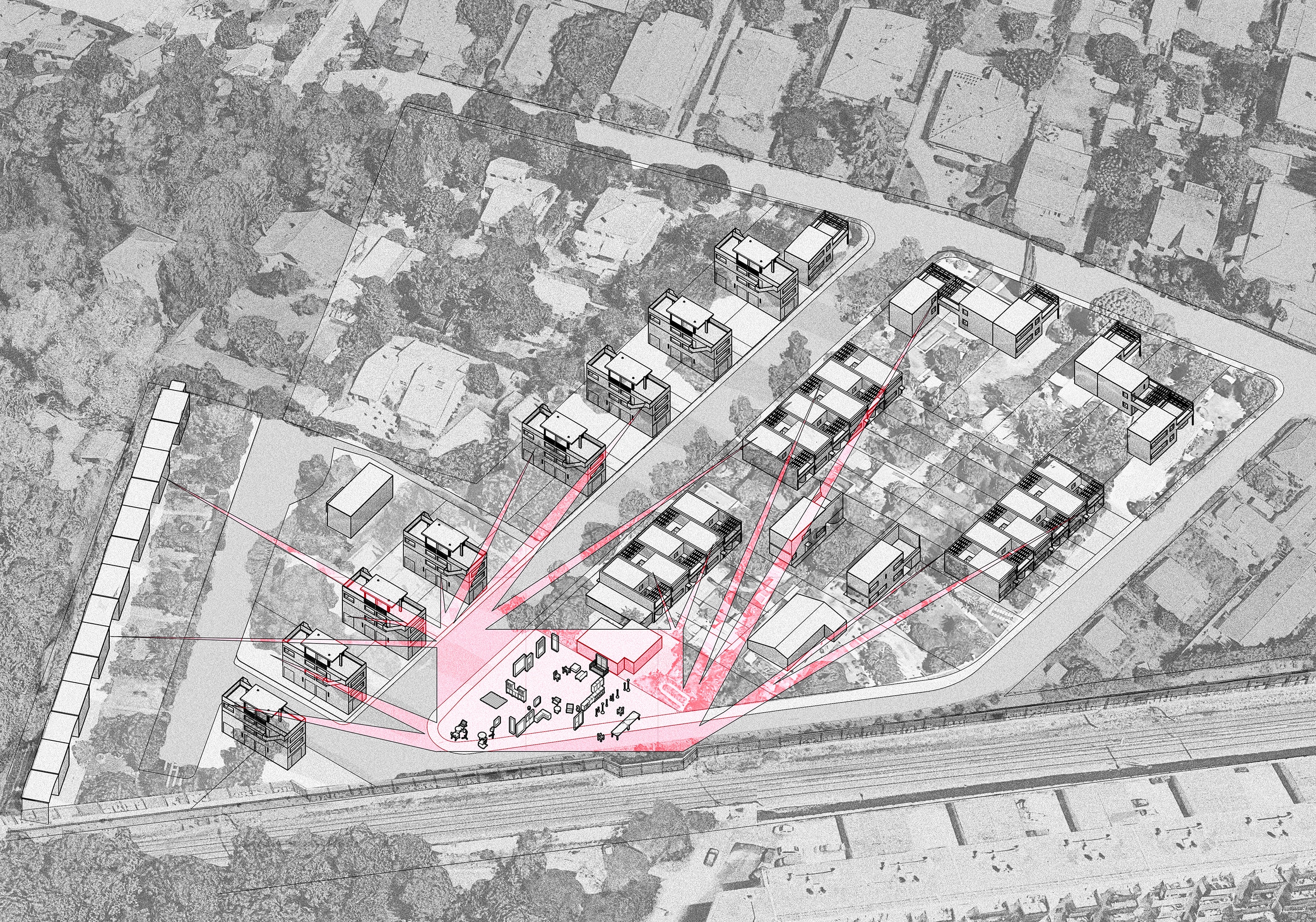 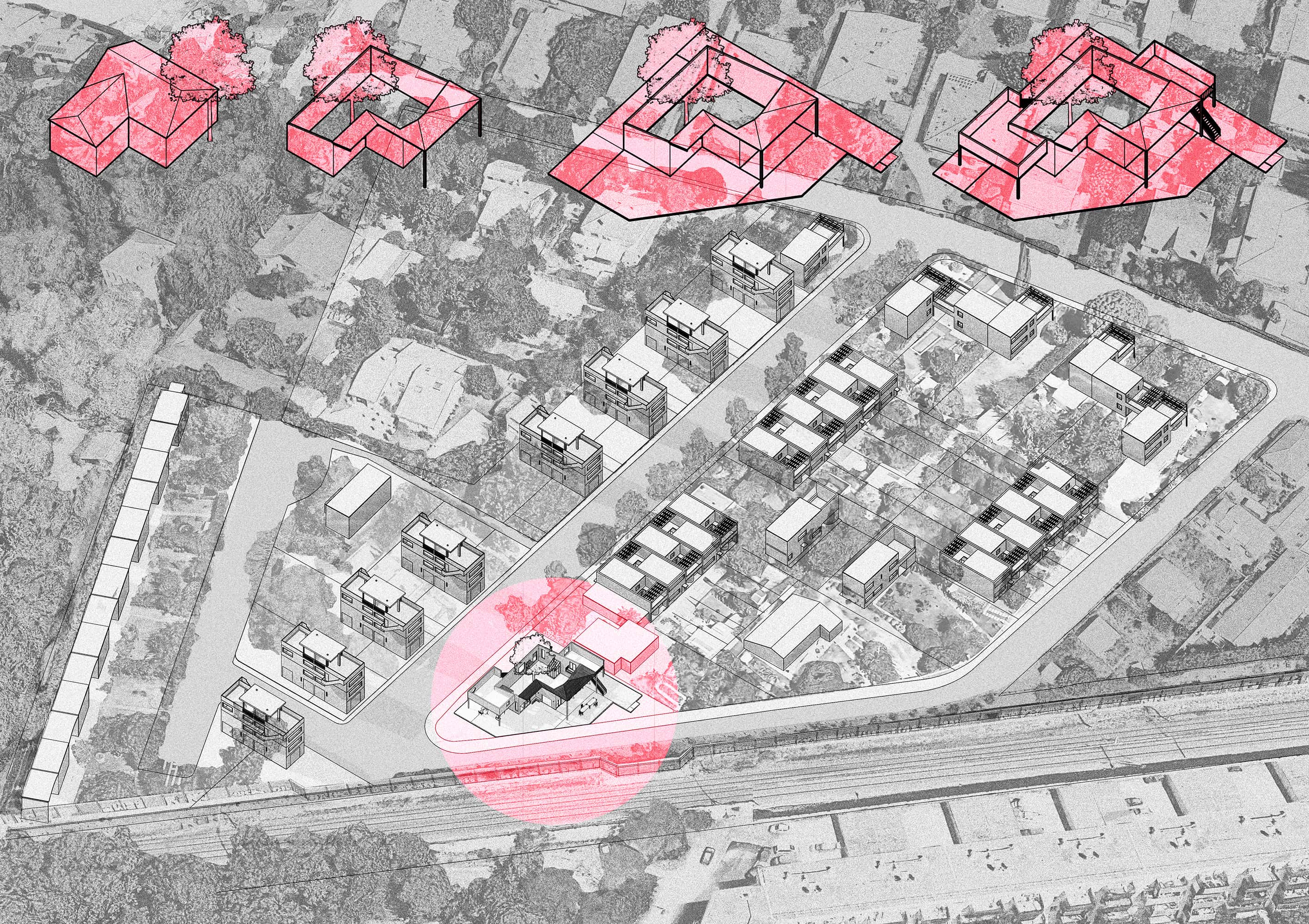 The project is thought to be situated on the empty land of a house destroyed during the Second World War. The idea is to create there an urban scenography that has a forme of a collective house where indoor and outdoor spaces are reversed in order to allow inhabitants to decide a public space with the same freedom as inside their homes. Thus, the outdoor spaces correspond to the different domestic functions (living room, bedroom, kitchen or library). And the interior spaces are dedicated to the garden, greenhouses, terraces or balconies. The vernacular elements placed by inhabitants could be reused to complement this scenography so that they will not totally disappear from the side demolition but will get a new function. 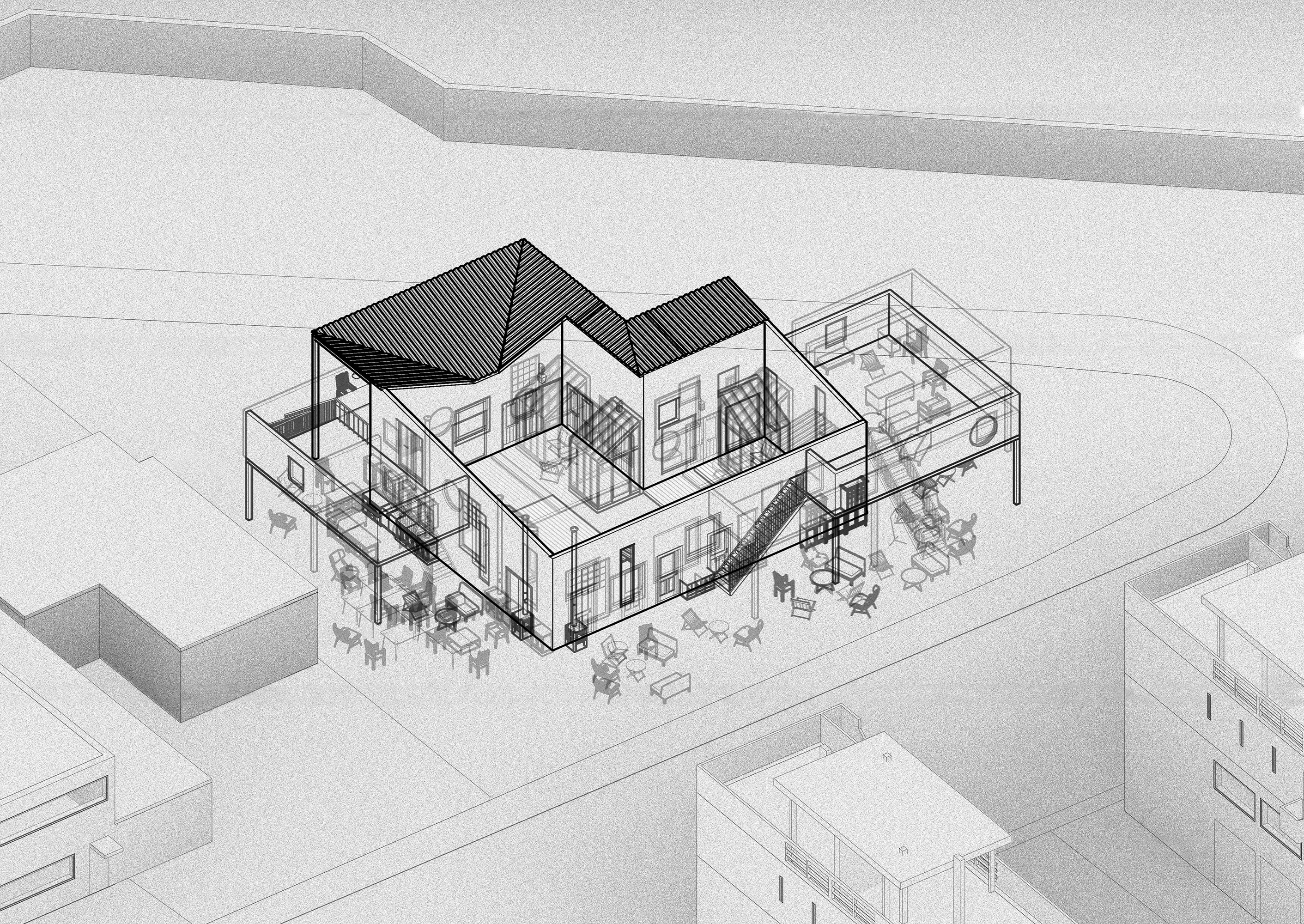 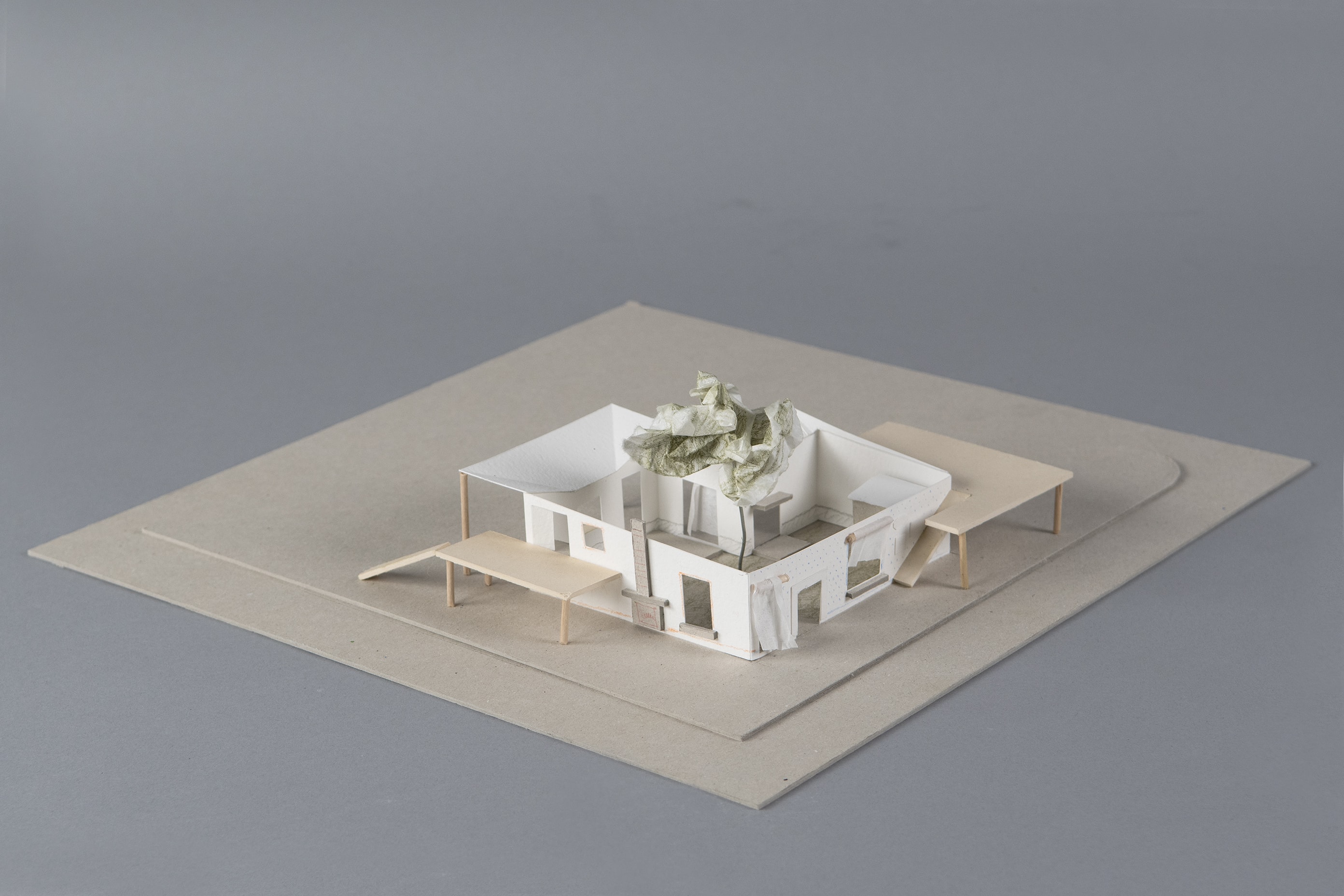 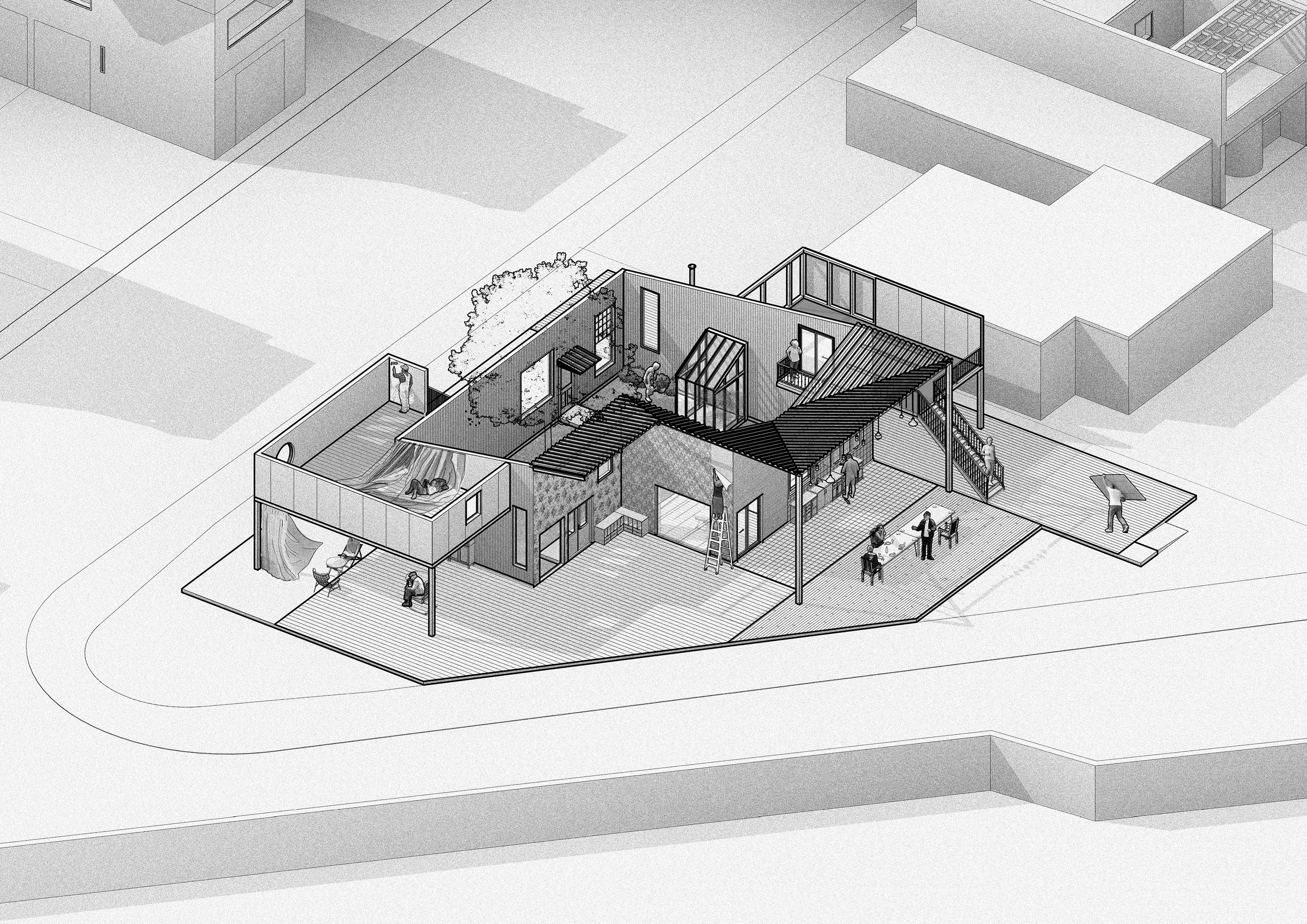 It is therefore an “interface to inhabit”, a basic structure that operates through collaboration between inhabitants and an architect. The inhabitants of the neighborhood decide collectively the space arrangement of this “house”, its decoration and its space programming. This structure will never be finished as an architectural forme but will always be transforming or updating in order to adapt to needs and desires of its users, who will become protagonists of this public space. 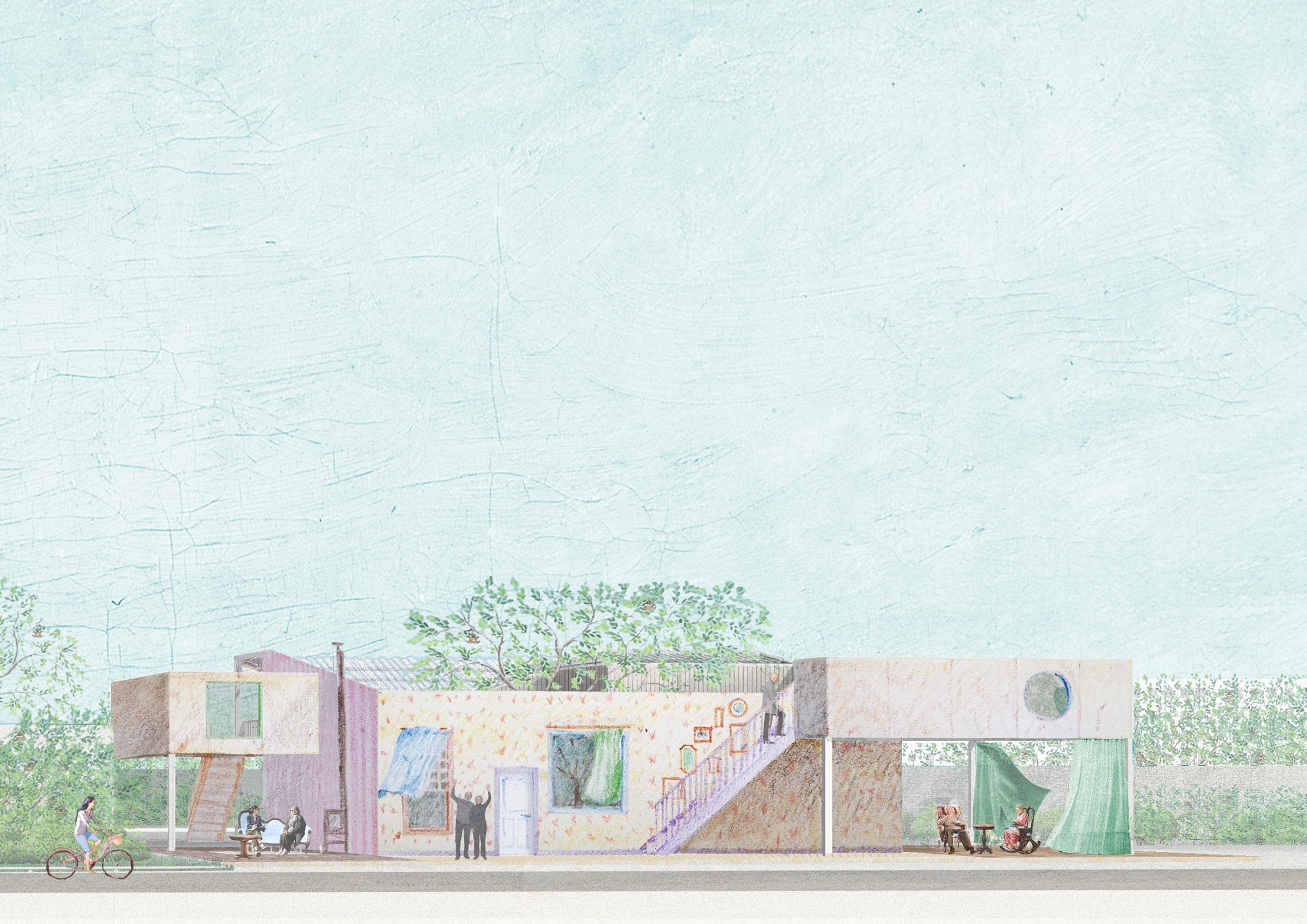