‘Bridging views’ is designed based on the principle of balance. The new architectural insertion balances the safety and efficiency of pedestrian and bikers’ paths while creating new public spaces to honor the structural wonders of Brooklyn bridge. The congeniality of this proposal sets a new precedent to the significant twinning of historic preservation and transportation efficiency. To preserve this historic monument, newly expanded bike lanes and pedestrian paths are introduced minimally around and within the bridge structure, resulting in a crisscrossing meandering spine. In addition, two new features- observatory deck and circular meditative pond are introduced above and below two bridge towers respectively. These newly added vantage points encourage visitors to explore, learn and meditate on the ingenuity of Brooklyn Bridge structure. 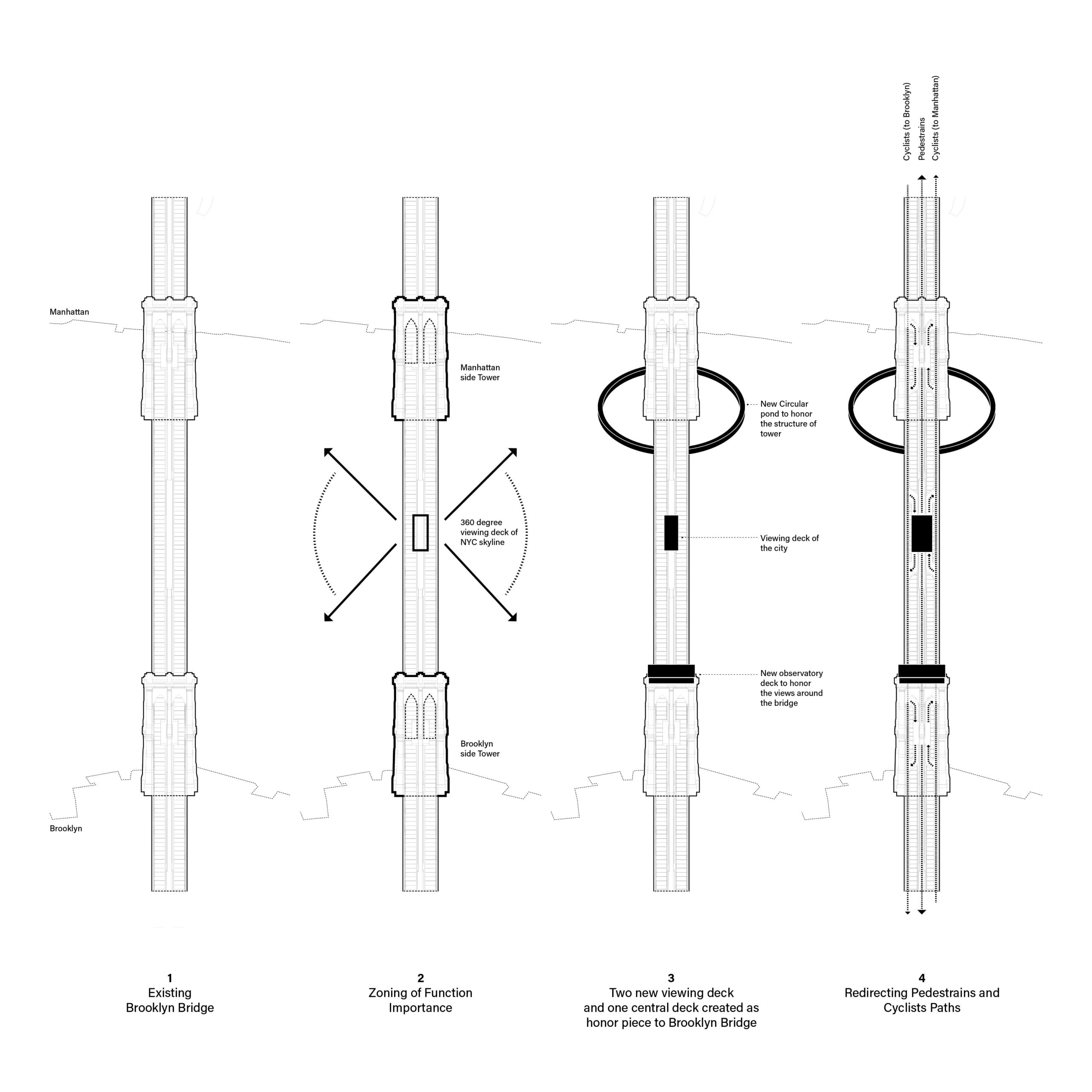 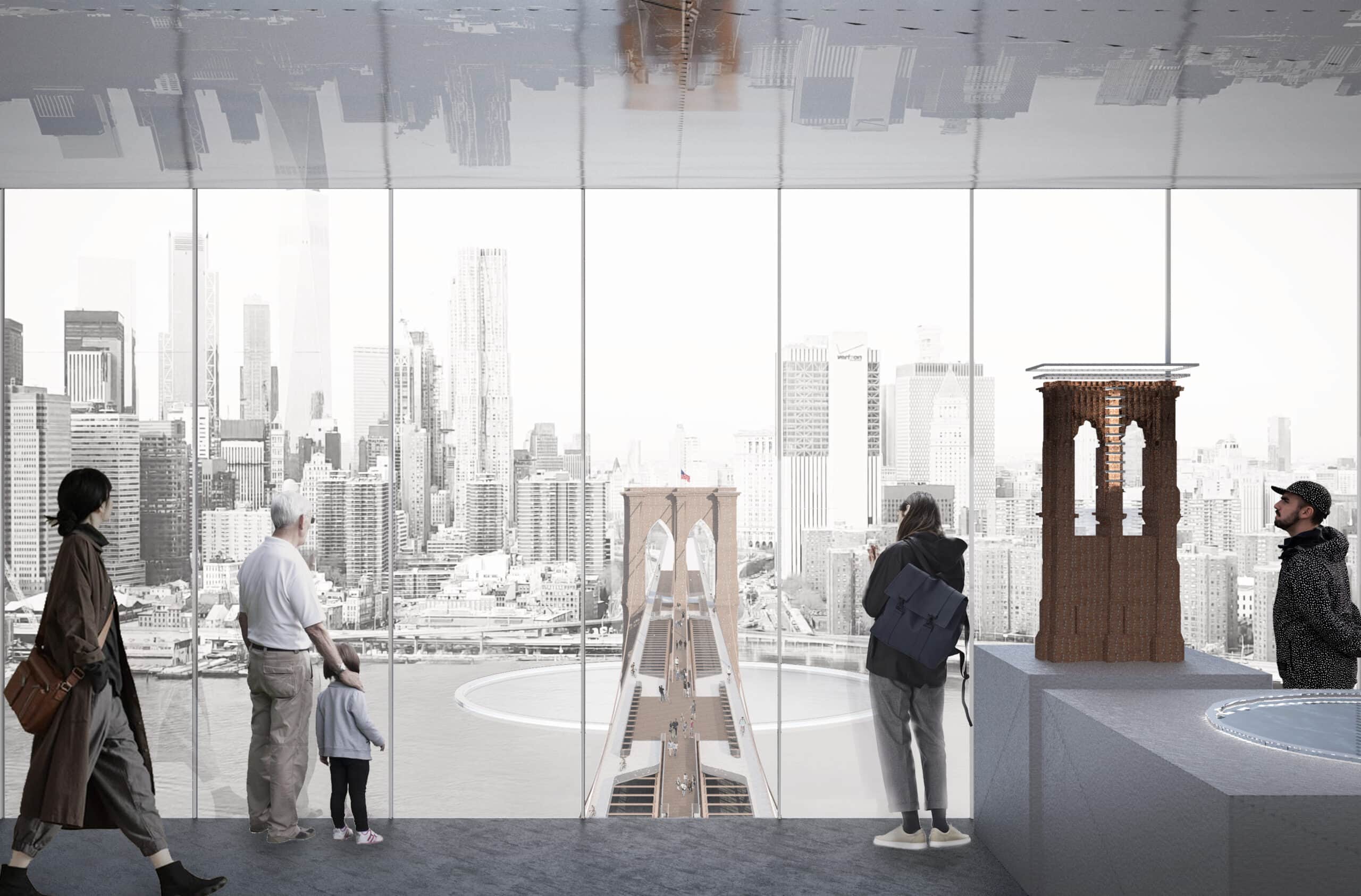 With over crowdedness on the bridge’s main artery and the constant conflict between pedestrians and cyclists being core issues, the new intervention aims directly at separating the two flows of circulation by providing dedicated independent pathways for each mode of transport. While this allows cyclists to go at full speed, this strategy also substantially reduces the risk of collision between cyclists and pedestrians. By sorting cyclists into an entirely segregated path, this frees up space on the central pedestrian avenue and thus creates a secure and comfortable route for commuters and tourists. 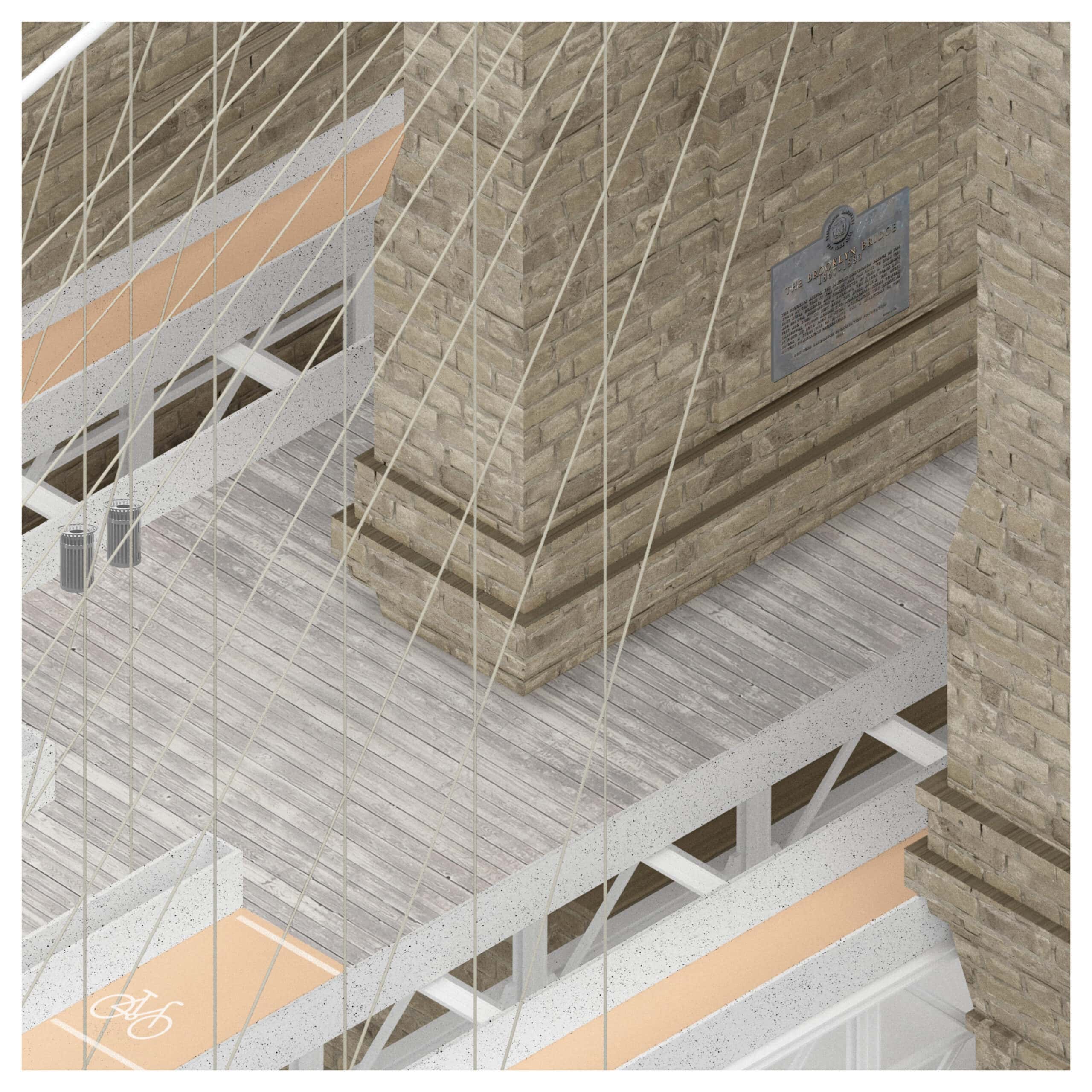 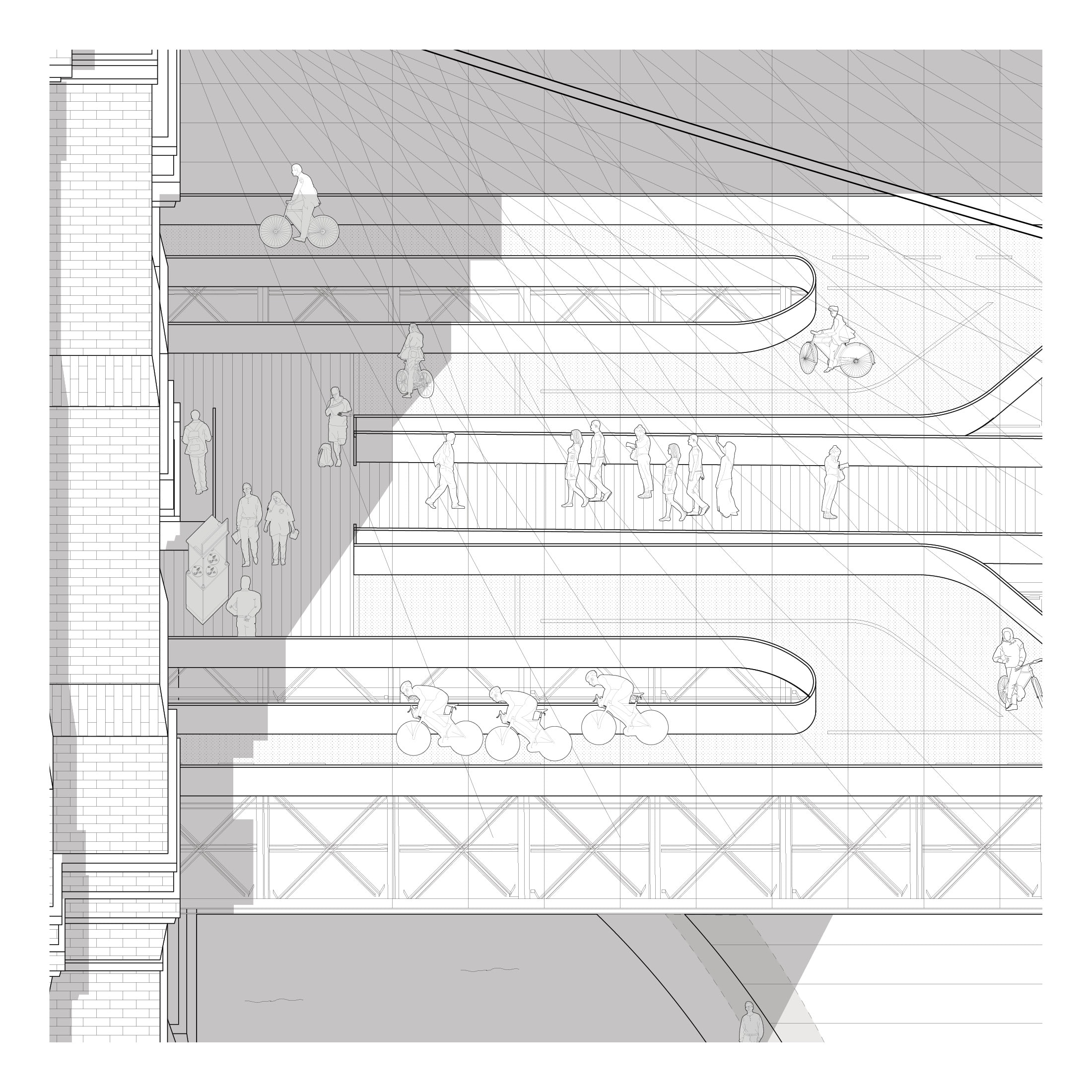 At the same time, the design also recognizes the possibilities where commuters, tourists and travelers may have to make detours or to simply stop for a break or for photographs. In order to allow this flexibility, the three interchanges – two zones underneath the bridge Gothic arches and one at the center of the overpass – provides a two-way access by merging the bicycle lane into the central axis and then allowing bicyclists to get on their bikes again via an exit that leads back into the bicycle lane. 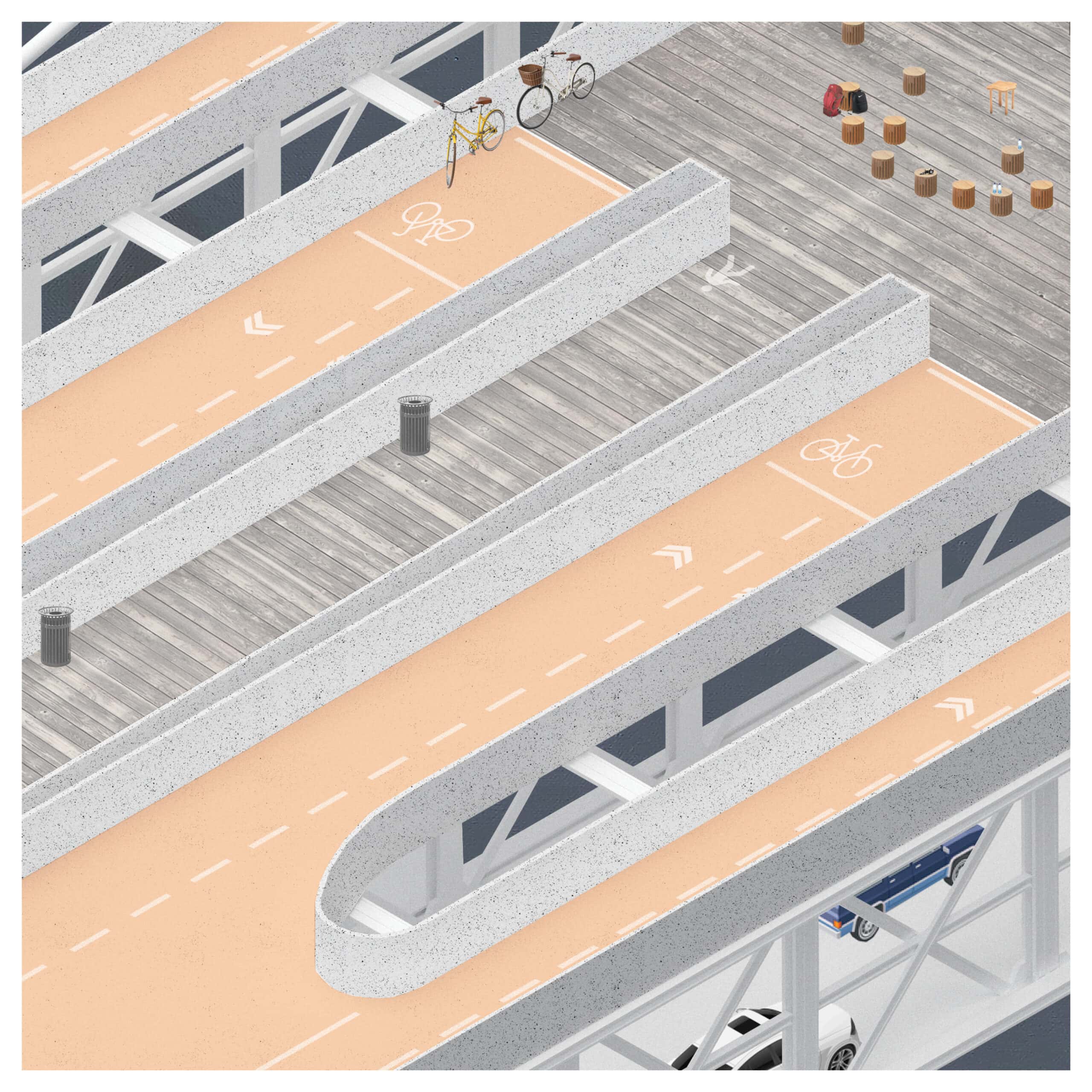 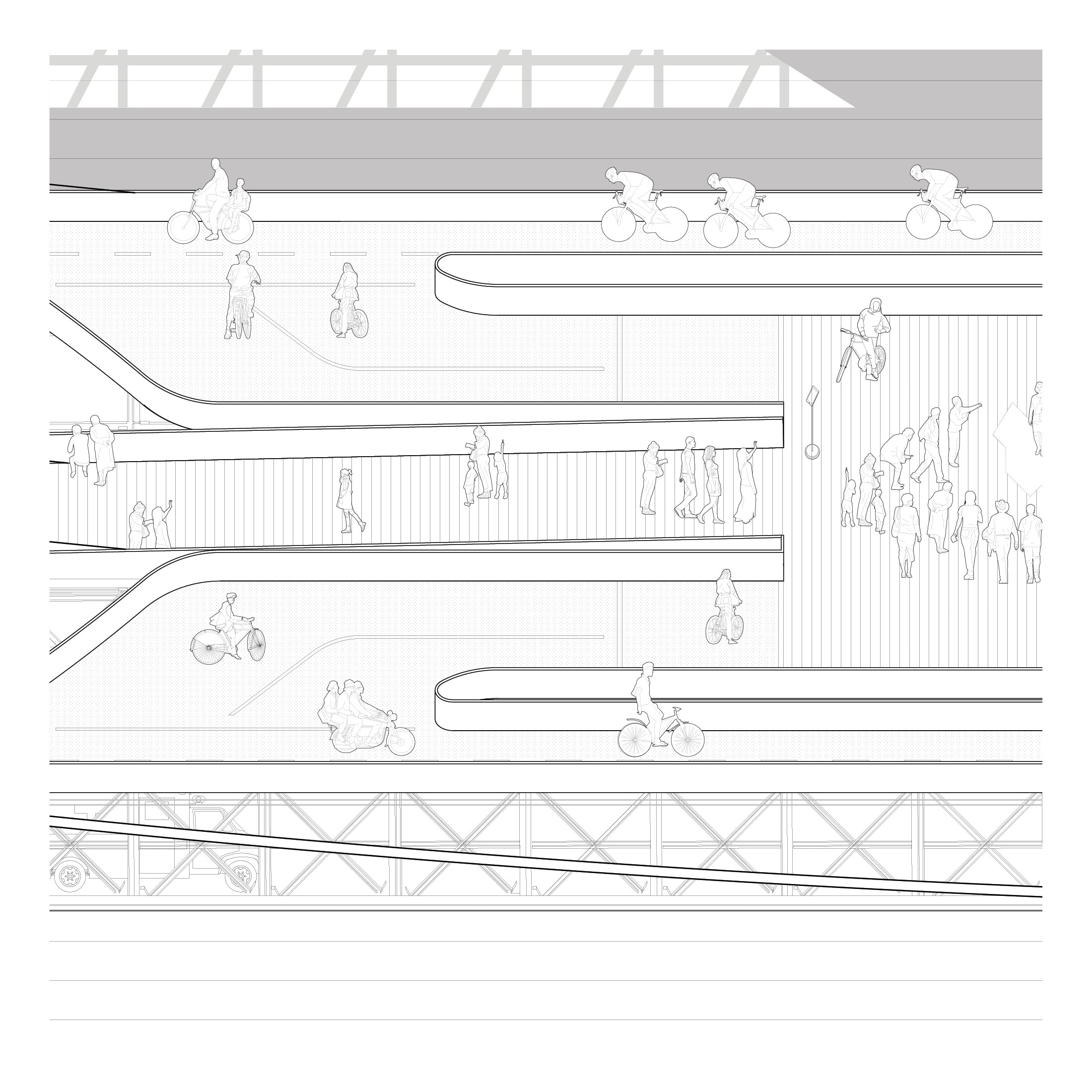 To encourage a friendly biking culture in New York, double bike lanes implemented on the bridge and bike hub will help provide more space and exciting experience for cyclists, it also serves as a general good to reduce carbon footprint. This proposal aims to provide both pedestrians and cyclists a more safe and enjoyable experience on the Brooklyn bridge by separating the pedestrian path and bicycle path but provide three connecting zones for cyclists and pedestrians to stop and admire the majestic view of New York City from multiple vantage points. 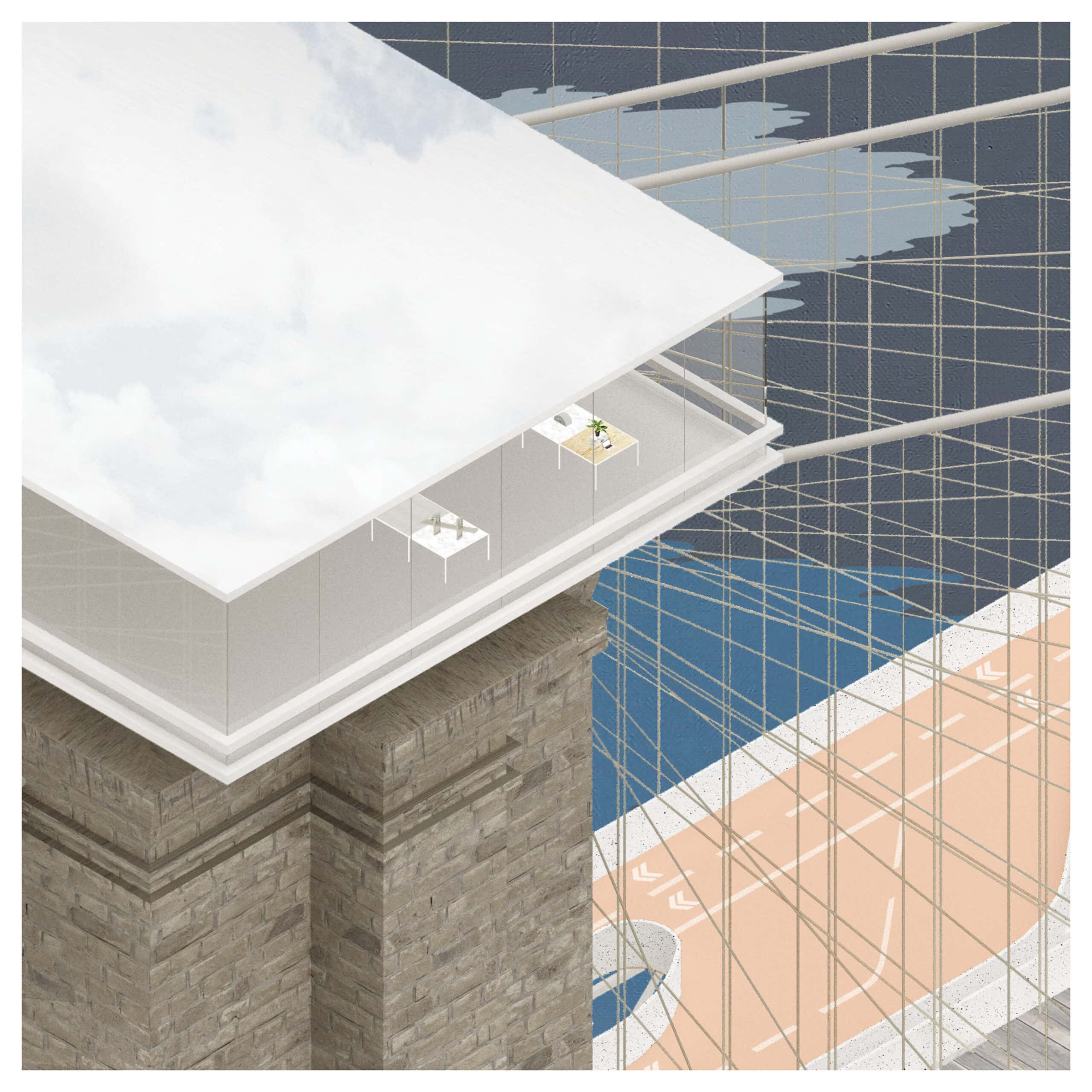 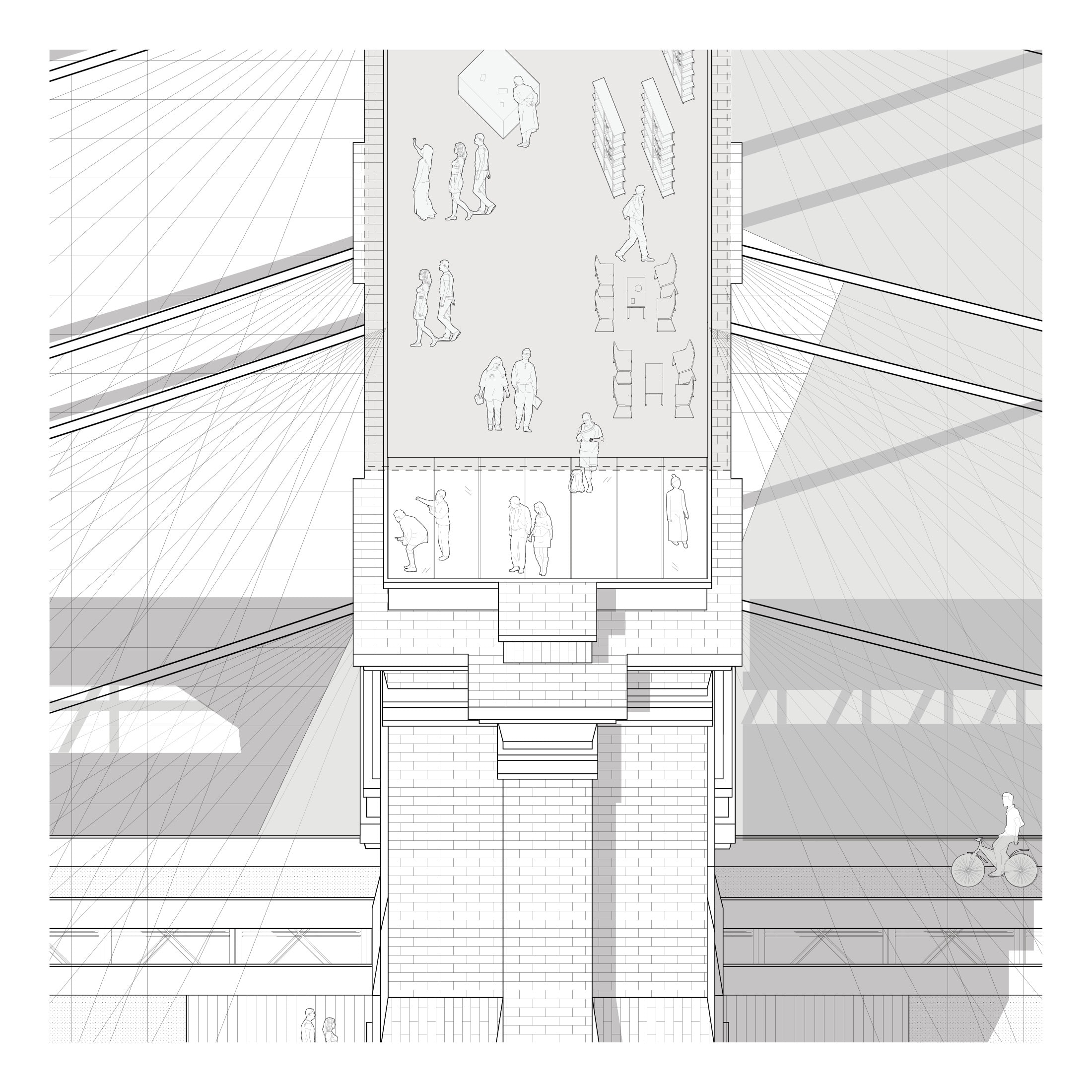 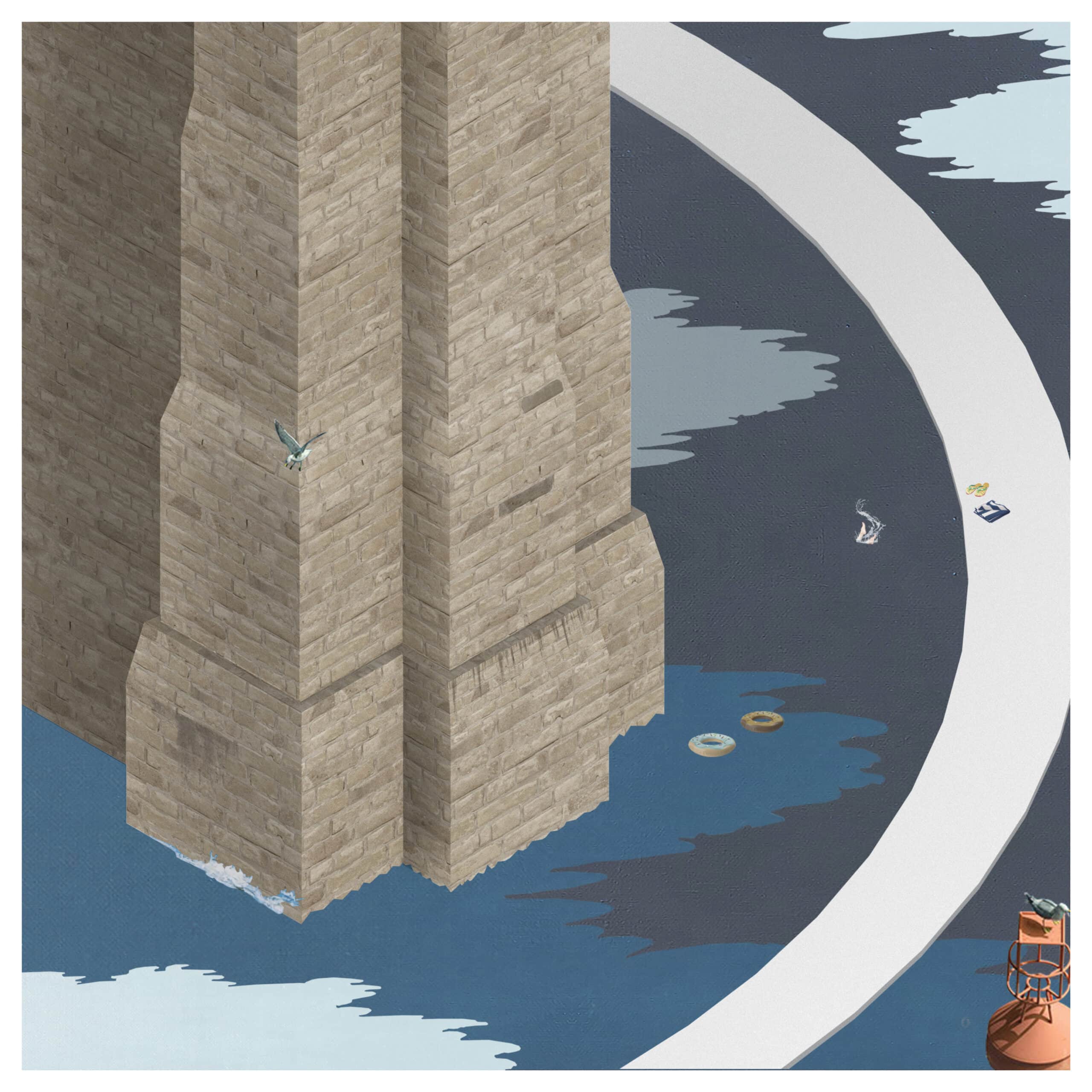 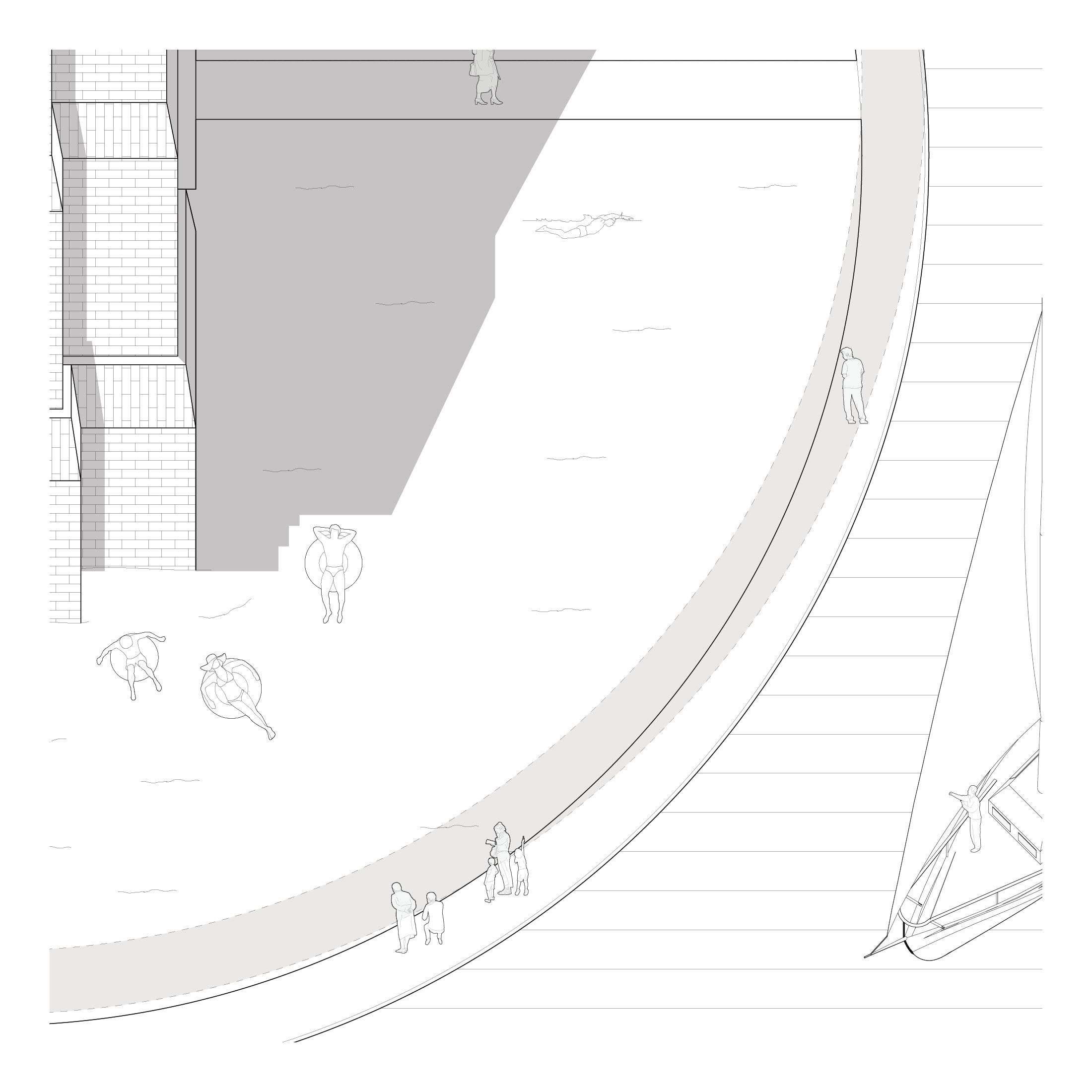