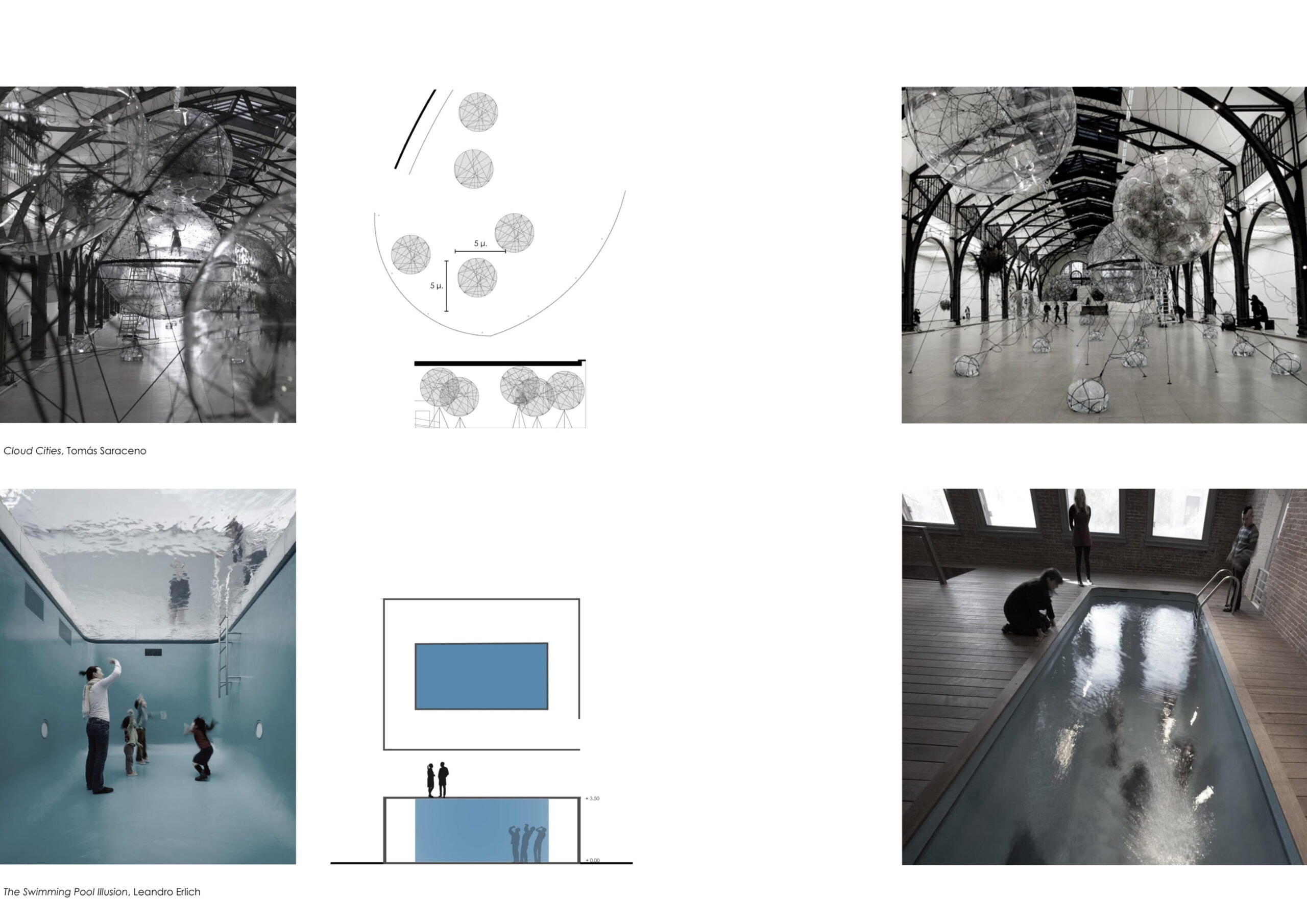 The art exhibits which have been chosen for the Museum, are related to the subject of the Anthropocene,namely the era during which the human intervention has a huge impact on Earth and the environment. 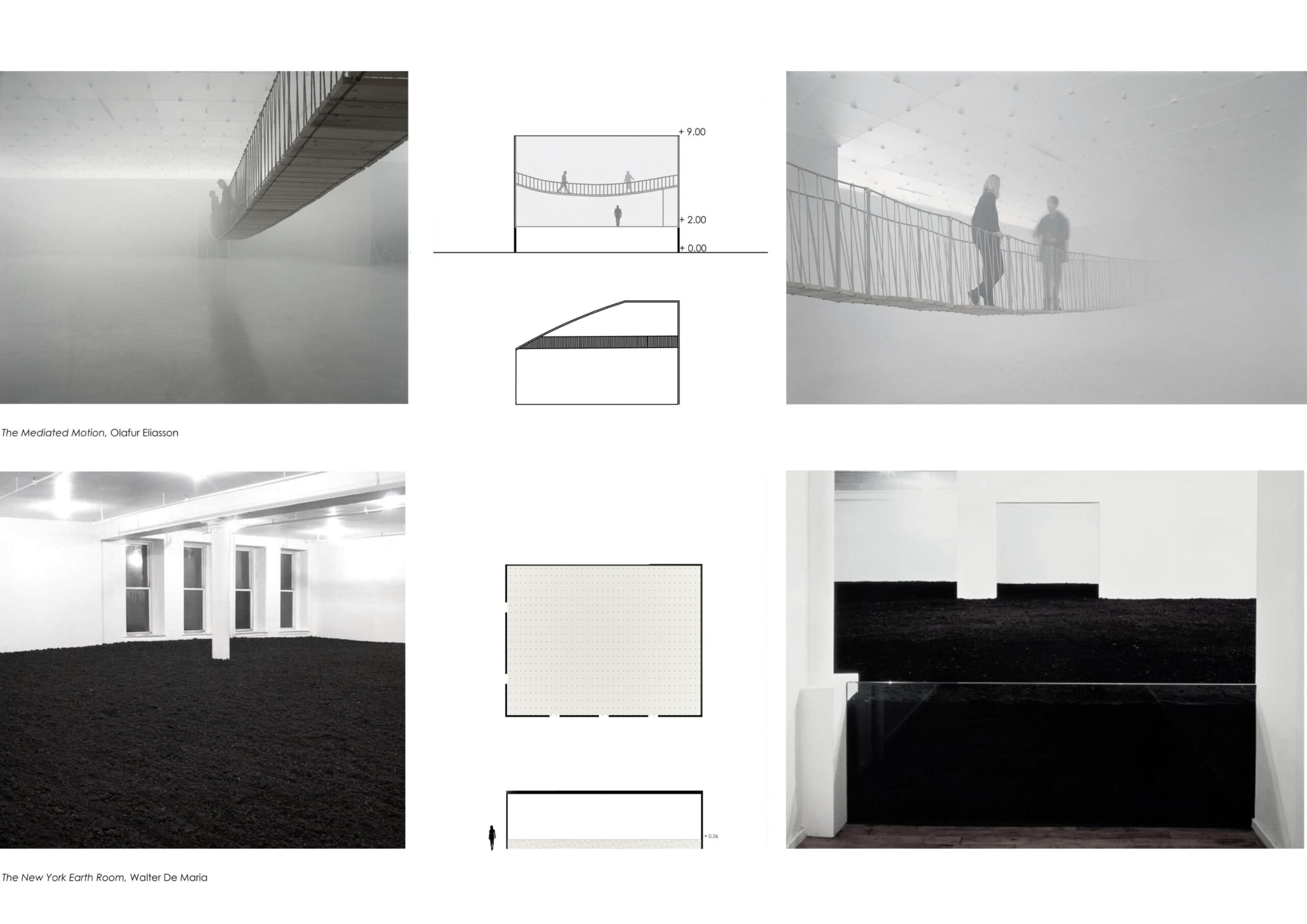 These works, respectively, have a direct link with the three nature elements: air, water, earth. Besides their conceptual meaning, they have been studied and chosen according to the way that the visitor experience them and how he interacts with them. 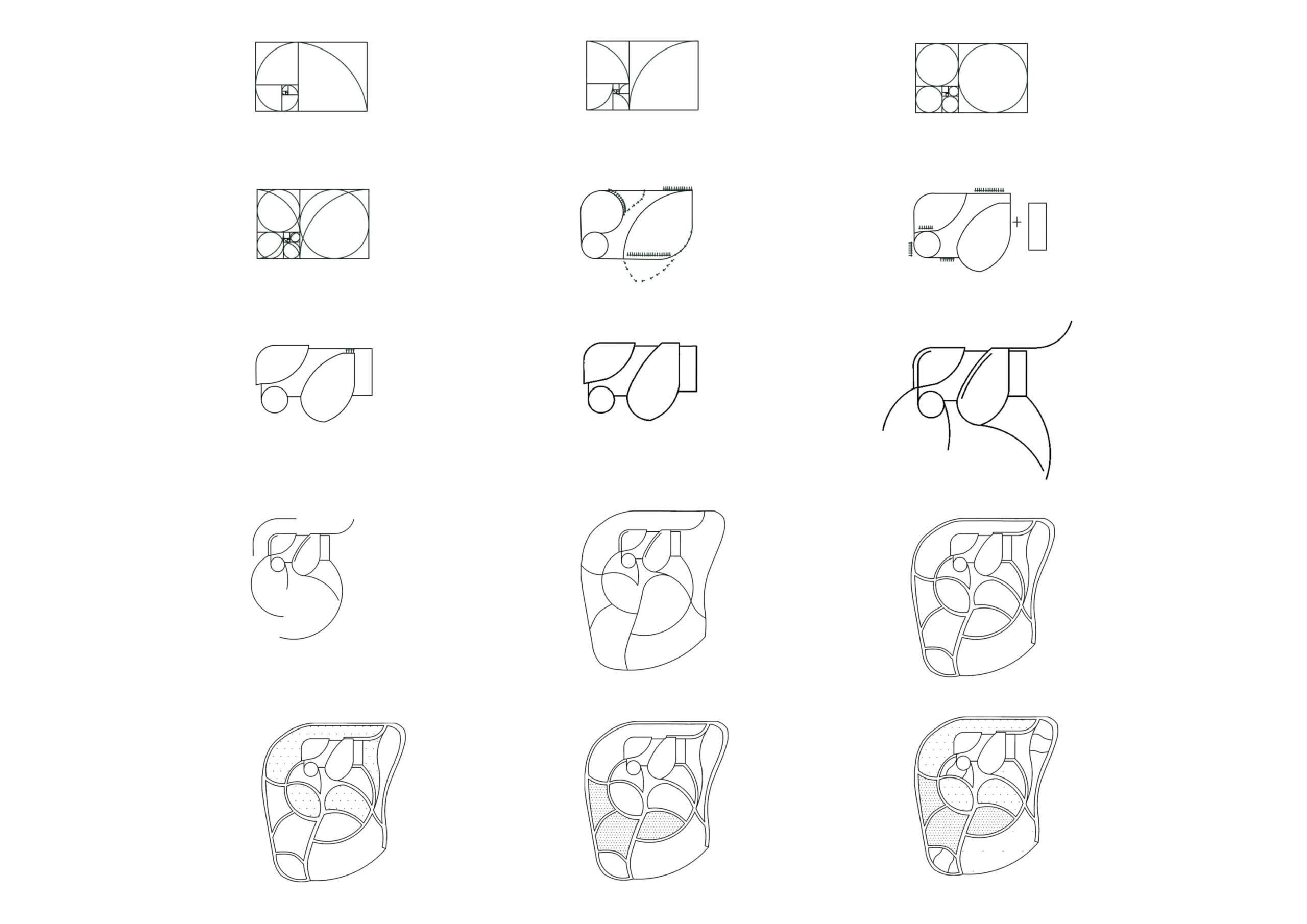 The morphology of the Museum building was generated initially from the application of the golden ratio and then from the formation of circumscribed circles, as design tools. 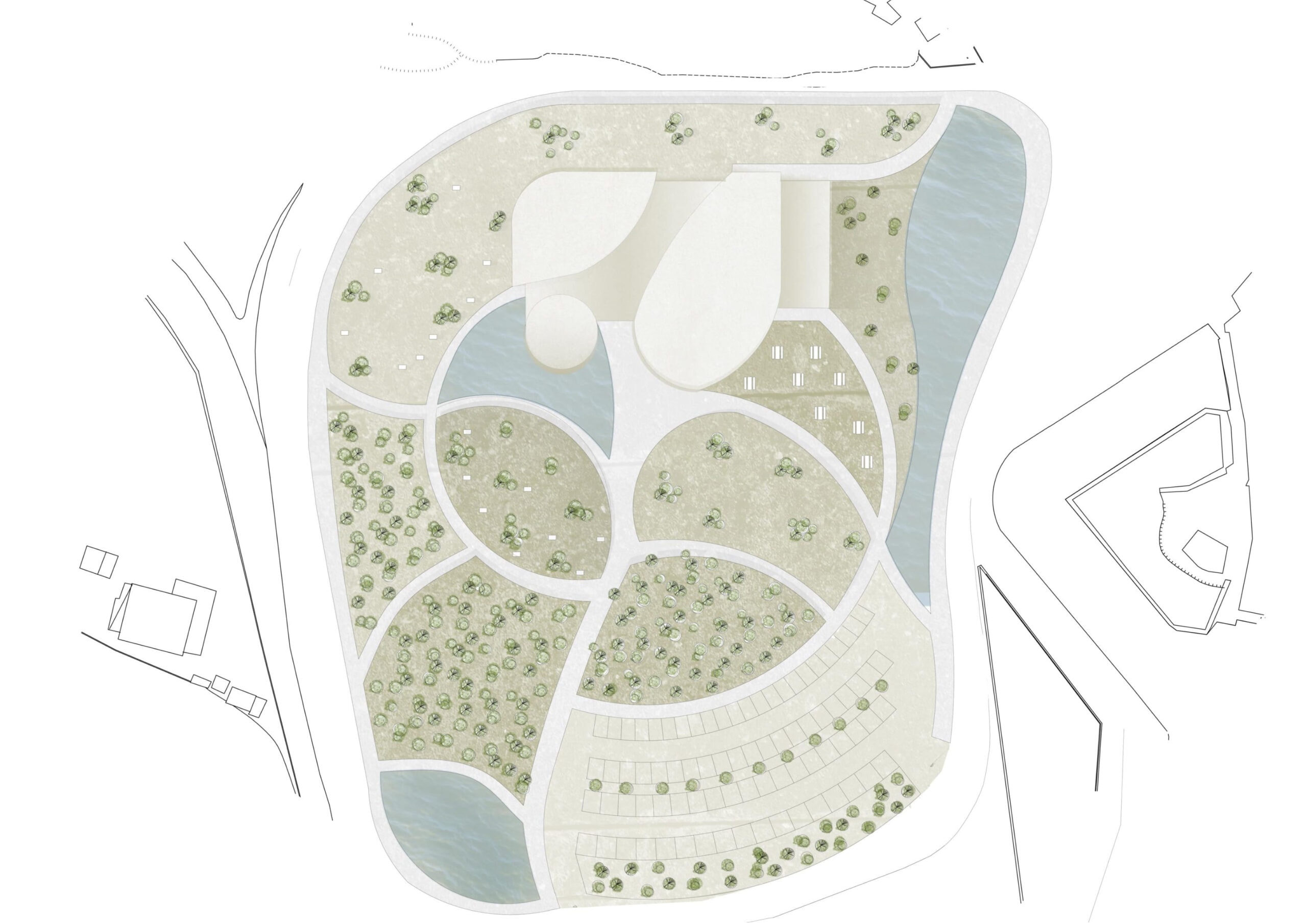 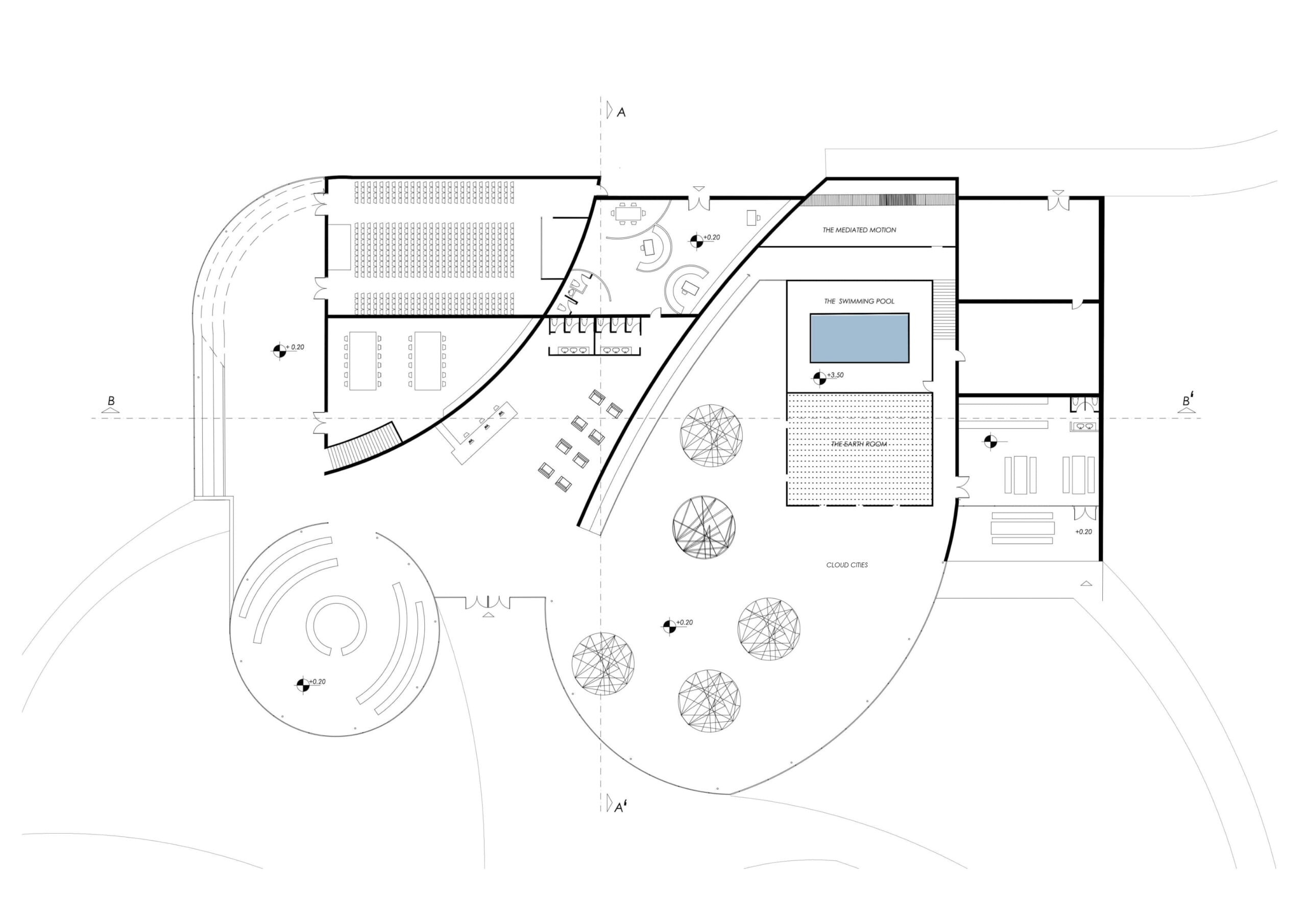 At the same time, they serve the concept with the human connection to his wider environment. In the designs, the different qualities of space are appeared (thick- thin planting, glades, recreation areas, walking areas, exhibition areas. 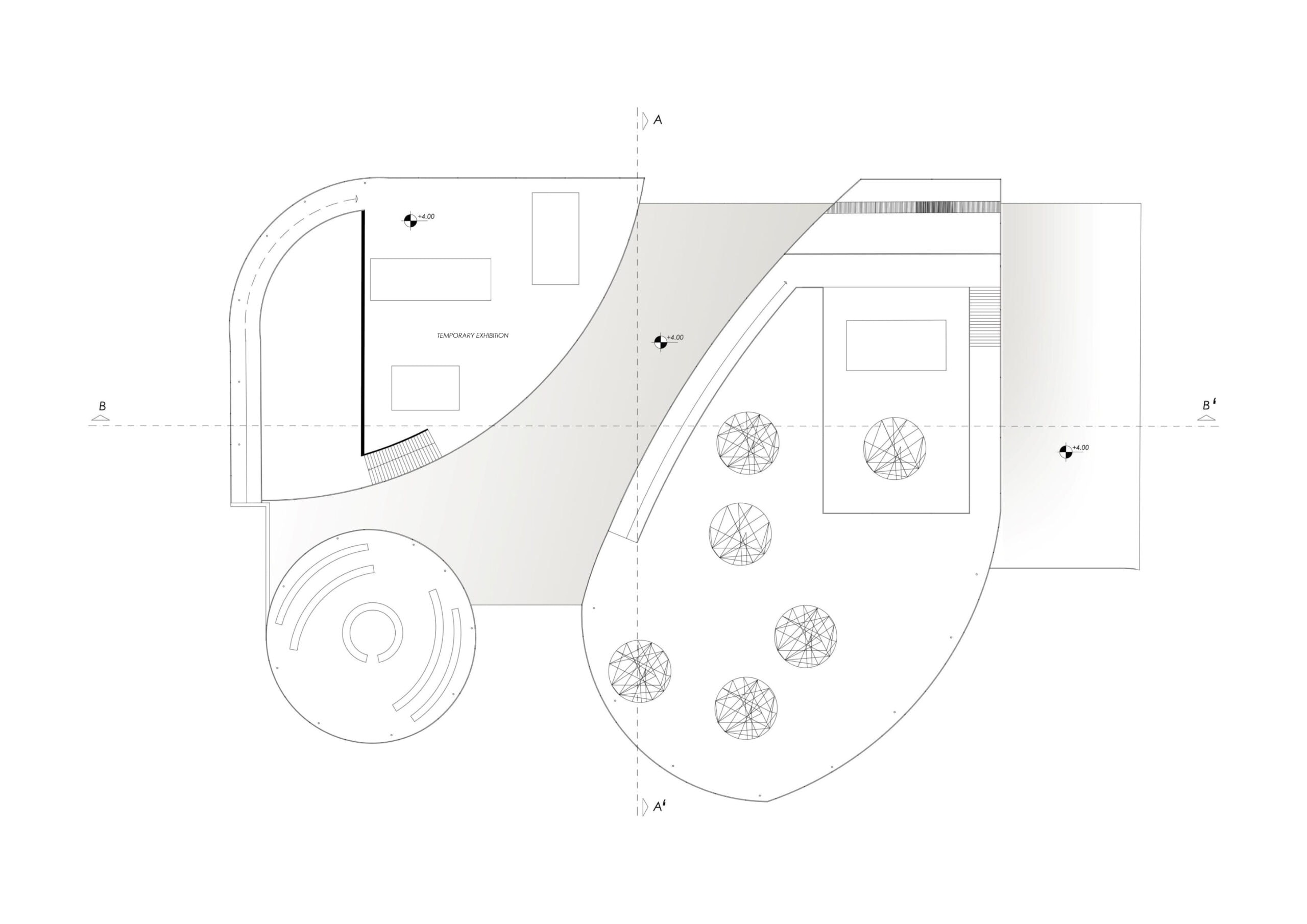 As it regards the interior configuration, the same engravings have been followed, the spatial demands of the art works have been take into consideration and so the main and the secondary spaces are created, such as the temporary exhibition on the first floor. 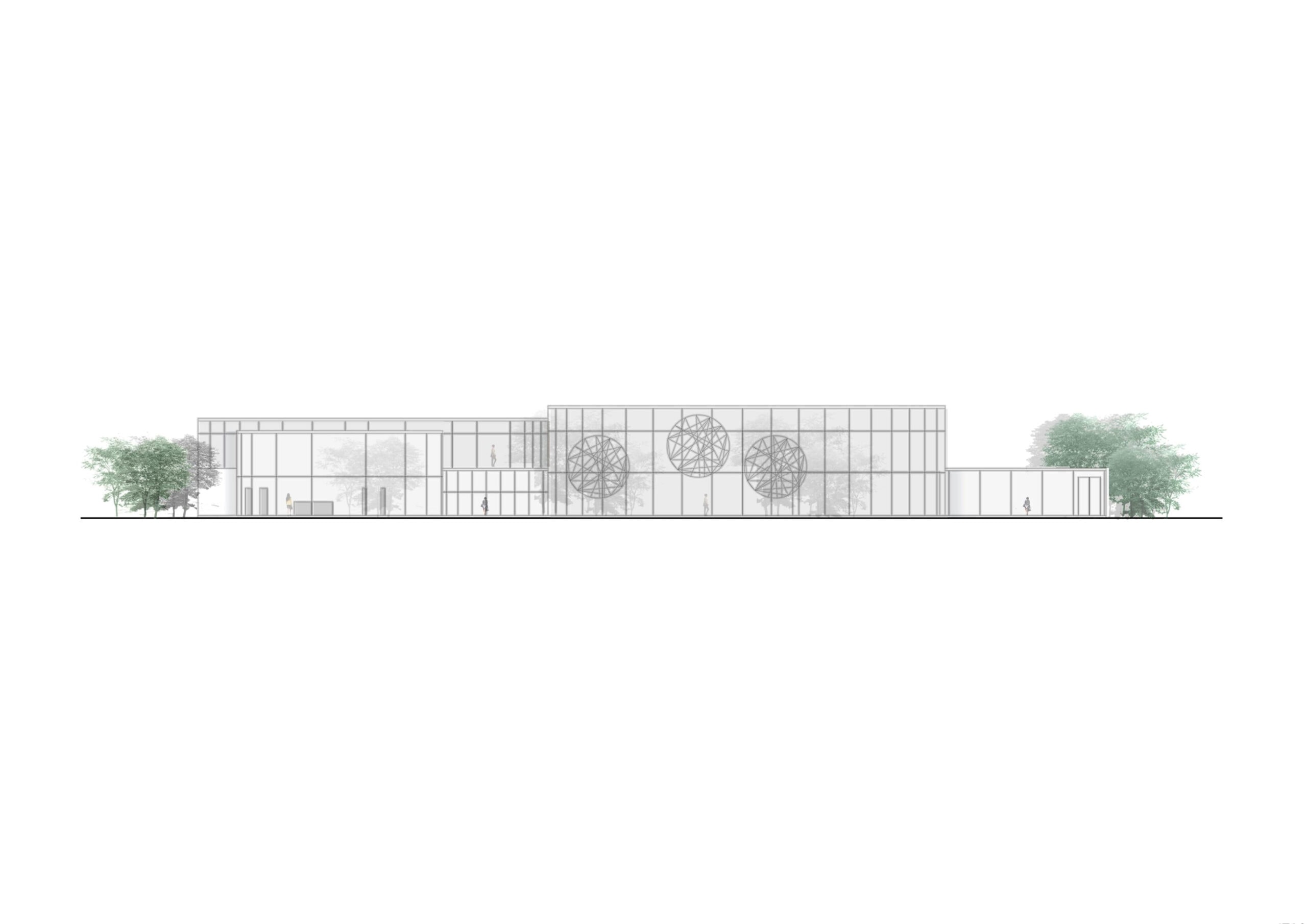 The transparency of the facades helps to the connection of the interior with the exterior. 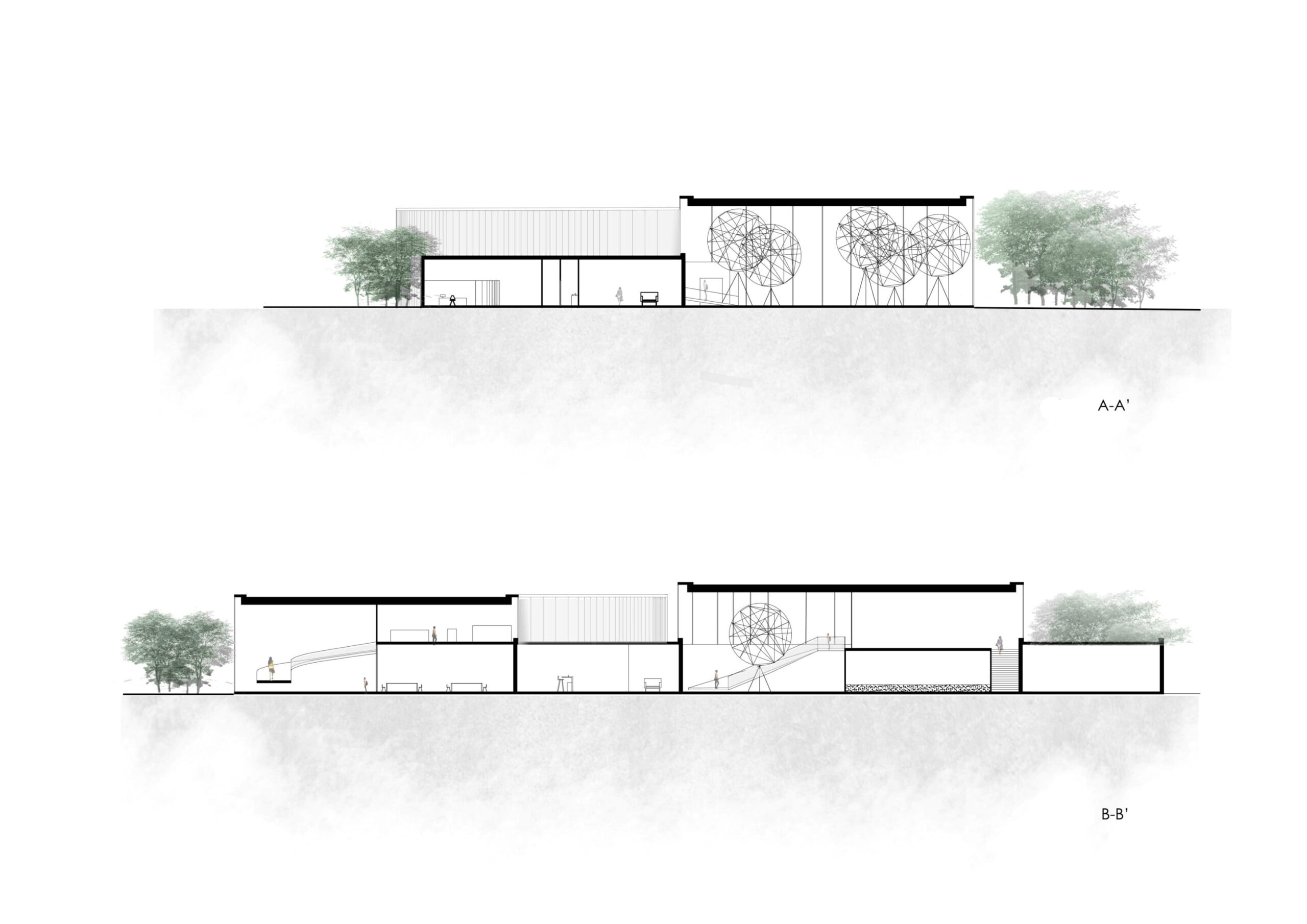 Thus to the idea of the Human connection with his environment. 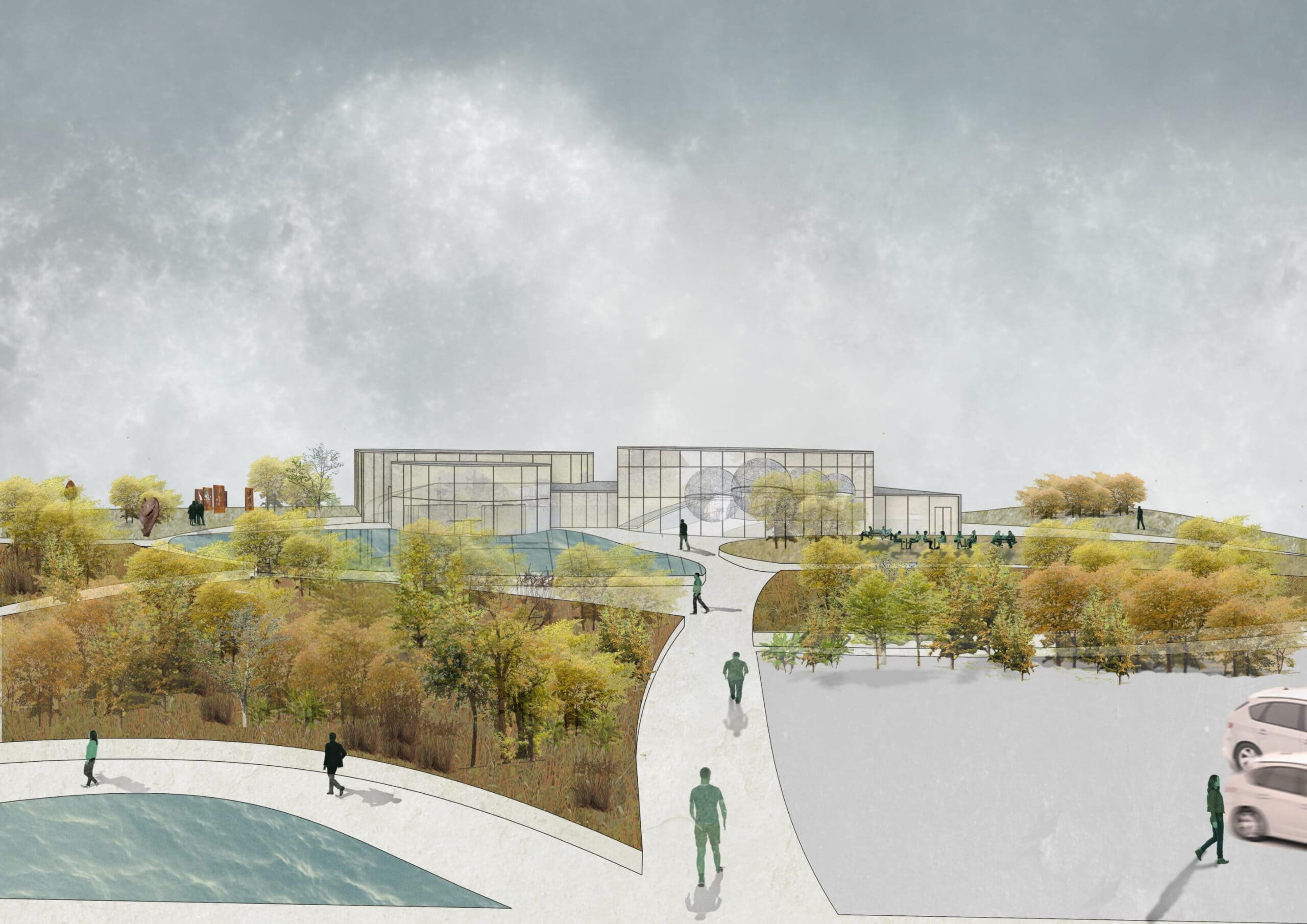 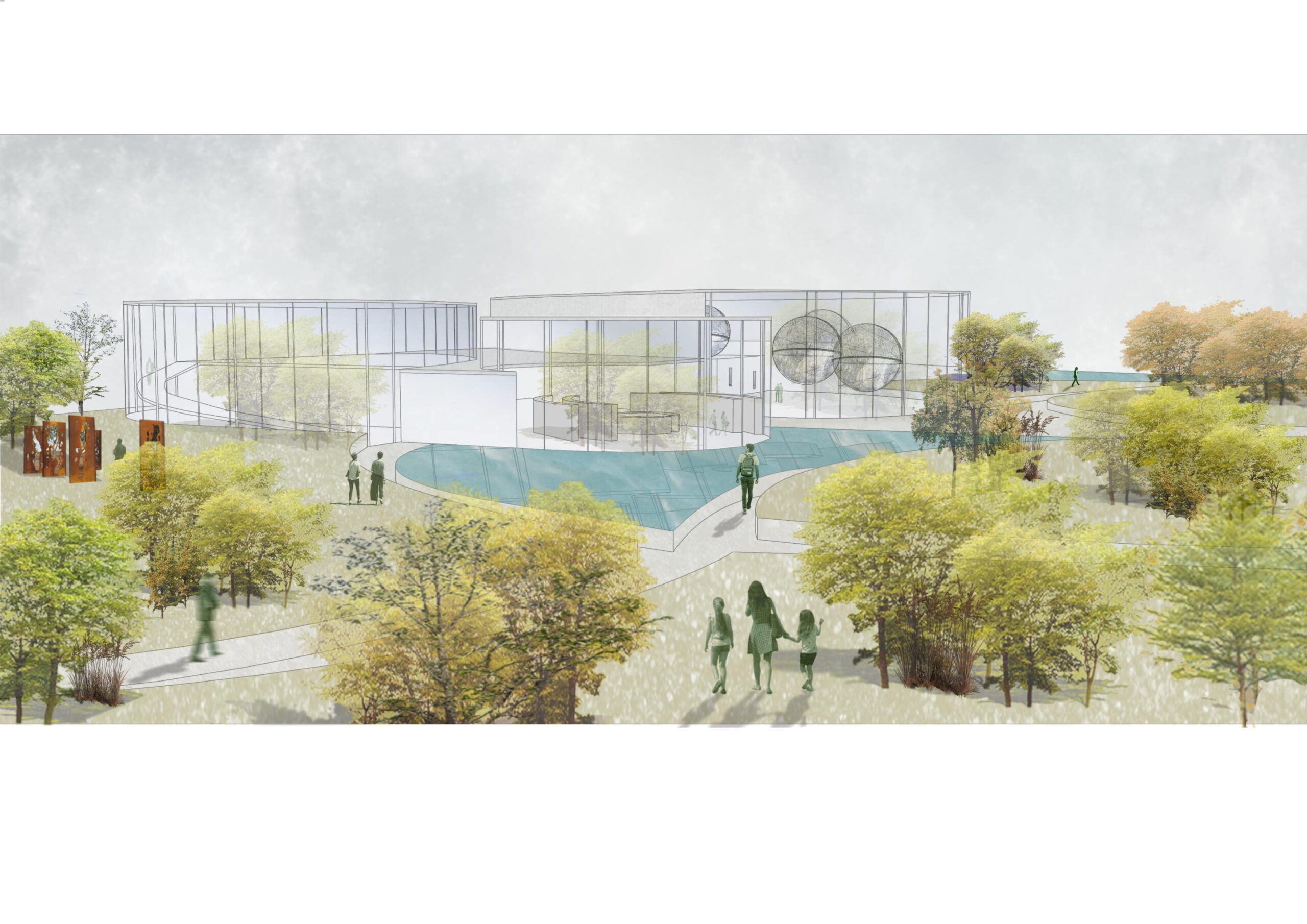 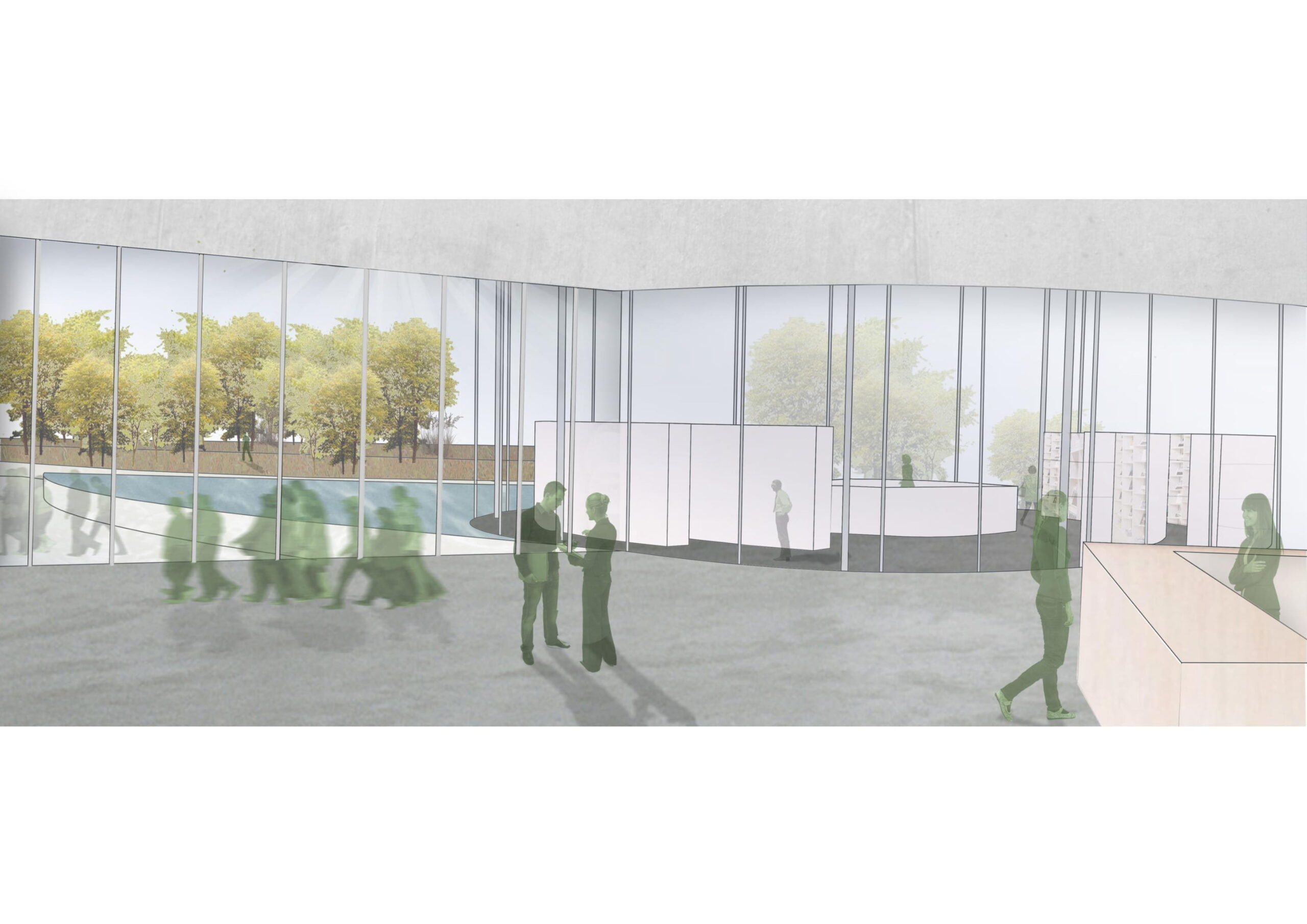 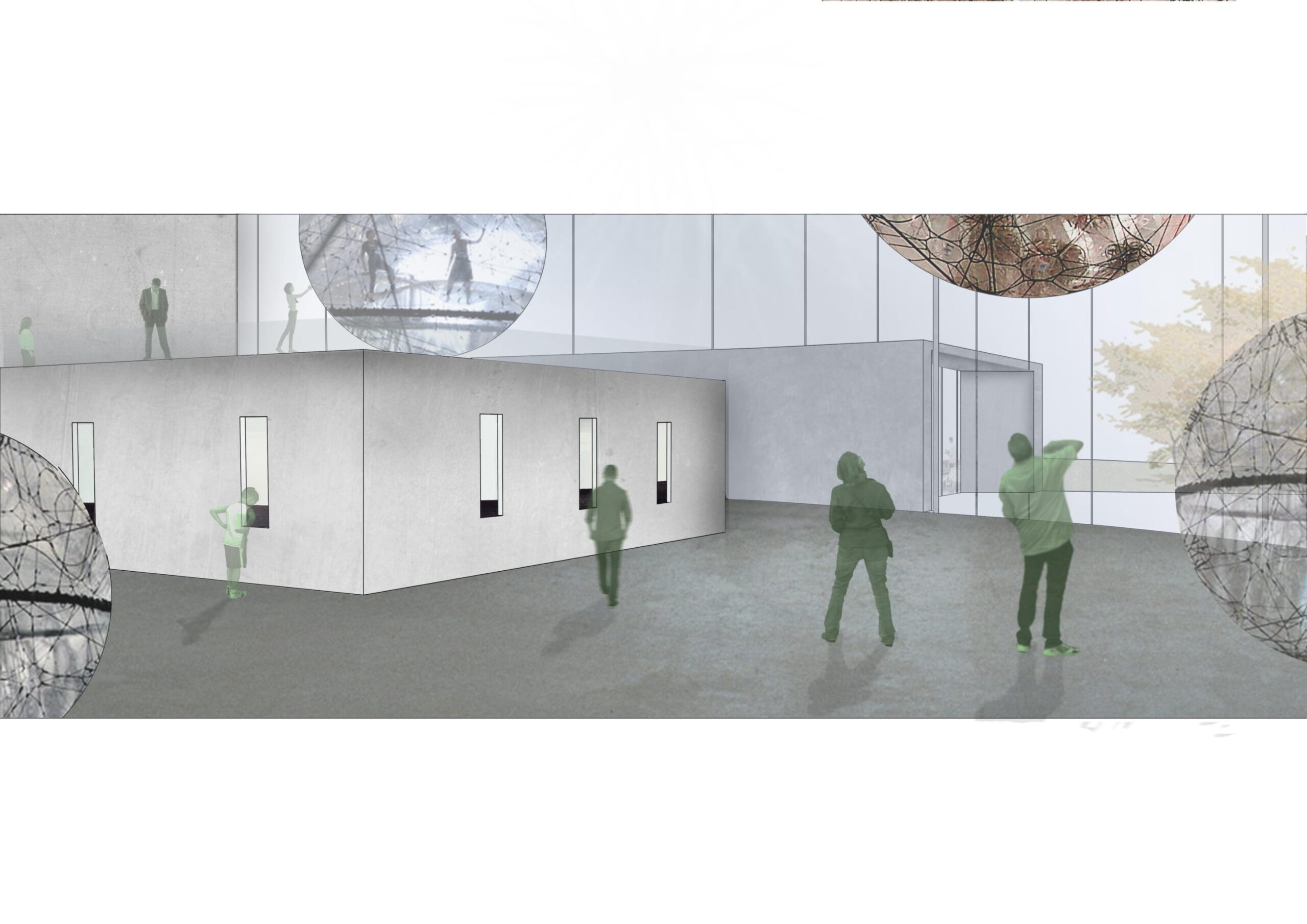 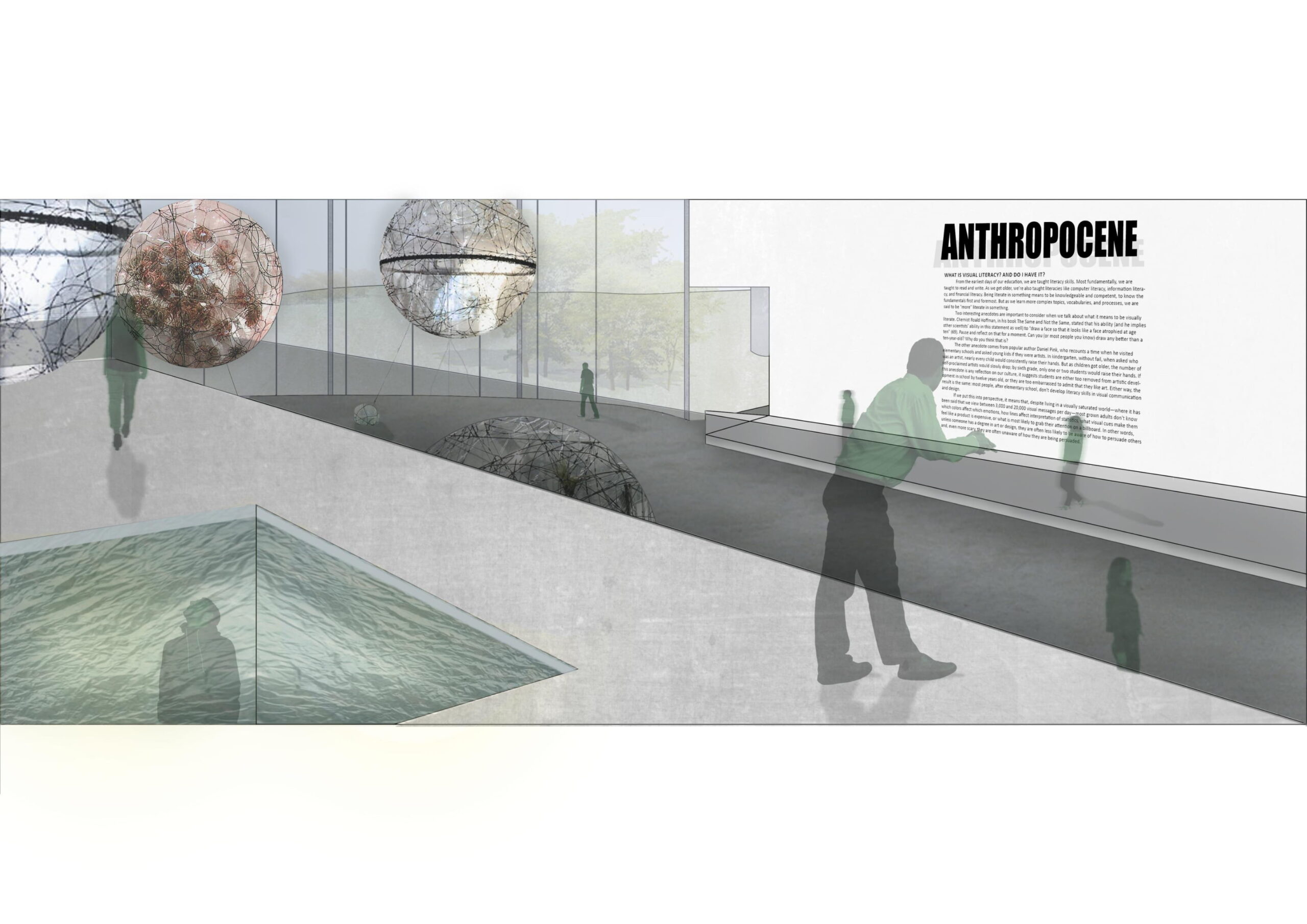