Cow Town Tower, vertical dairy agriculture to the extreme. A futuristic tower within the heart of Shanghai to support the dairy consumption and reduce the carbon footprint by making the city self-sufficient. 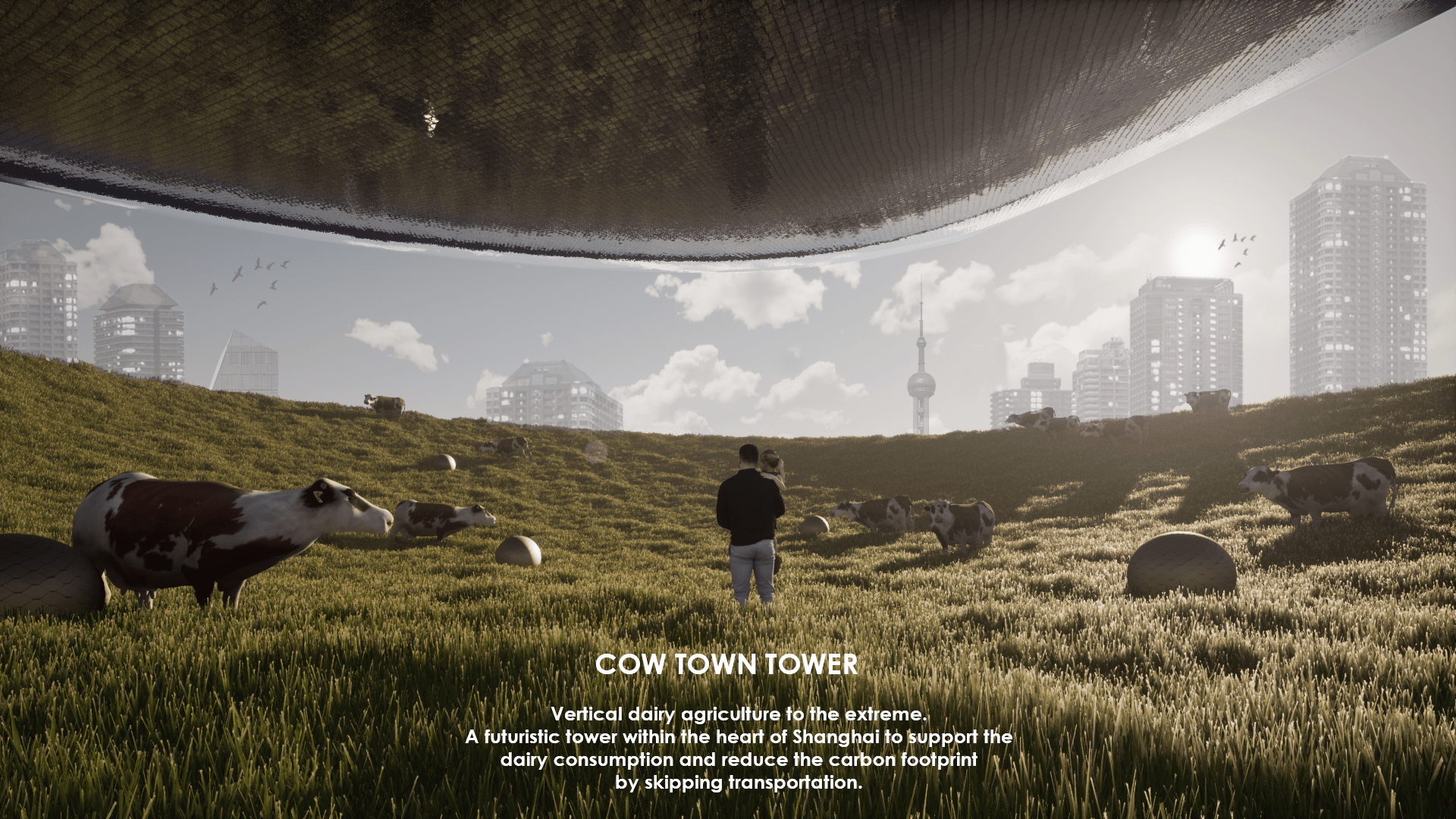 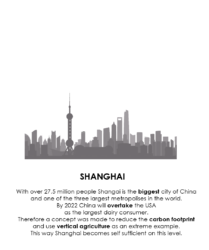 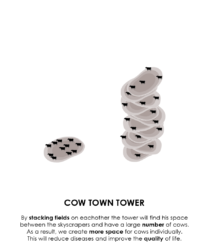 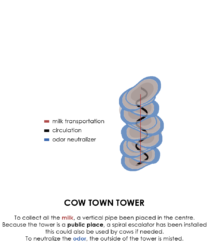 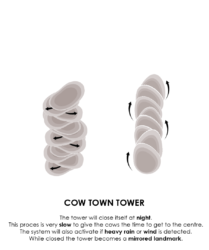 With over 27.5 million people, Shanghai is the biggest city of China and one of the three largest metropolises in the world. By 2022 China will overtake the USA as the largest dairy consumer.

By stacking cow fields on eachother the tower will find his space between the skyscrapers and have a large number of cows. As a result, we create more space for cows individually. This will reduce diseases and improve the quality of life. 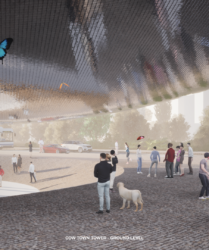 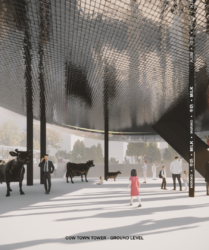 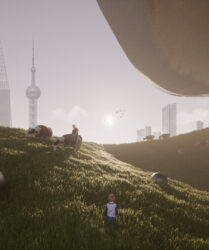 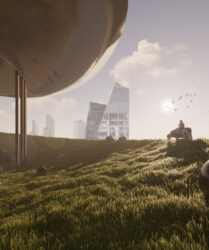 The tower was made to produce milk for the city, to collect all this milk a vertical pipe is placed in the centre. Because the tower is a semi-public space, a spiral escalator winds through the center. This escalator could also be used by cows if needed. To neutralize the odor, the outer edges of the fields will be misted. 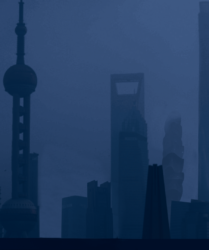 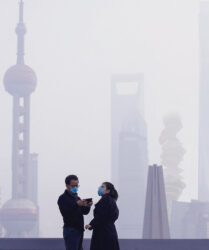 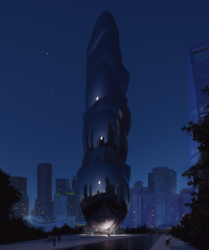 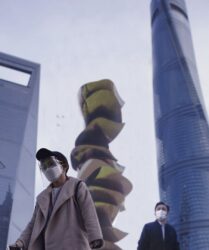 The tower also serves as protection for the cows, it is open throughout the day, giving the cows plenty of room to move around. But at night the tower will close, this process happens very slowly, so the cows have enough time to go to the center of the tower. The tower will also close during heavy rain and wind. While closed the tower becomes a mirrored landmark. 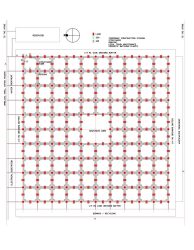