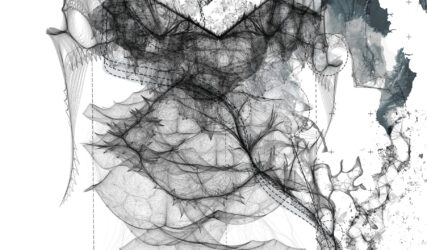 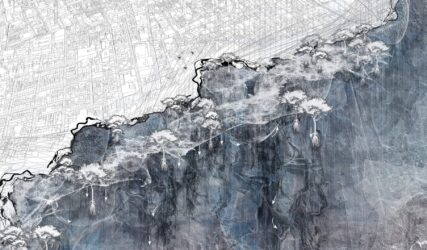 At 9:47 am (GMT), on January 16th of the year 2100, the hydrological overflows, accumulated due to the global sea-level-rise, bring London’s primary flood defence system, the “Thames Barrier” out of operation. As a result, London faces a series of catastrophic events directly linked to saltwater intrusion and urban flooding in most central regions. In order to ensure the city’s survival, the project deploys the existence of London’s Hidden Rivers as core agents of a responsive flood defence organism. The generated landscape fluctuates in reverse into the city, responding to the adjacent water pressure changes, salinity levels, and direction as it gradually folds to increase its mass, depth and porosity. This fabric of a new self-organised system establishes a cross-scalar behaviour with London’s Strata and the human scale. Through a series of membranous tissues, valves and deep channelling systems, the hydrological overflows meander between the strata’s layers before they fuse to be exhausted into the Deep Ground. The proposed landscape exists in a reciprocal relationship with the human and non-human territories changing its shape according to water’s kinetic. Similarly to a butterfly effect, a small change “above” insinuates a series of performances “under”.