RAINBOWCITY: The Manifesto of a City Prototype

2020 is a year that dramatically changed the world.

A global pandemic, social movements such as BLM, continued fights for LGBTQIA+ and gender equality, Brexit, and other historic advancements.

How can cities adapt to such major changes? What does the city of the future have in store for us?

The Rainbowcity is an urban prototype, which tries to bring the many changes of 2020 into a more inclusive setting. People of different social background, age, income, ability, religion, gender, race, and more are brought together among the skyscrapers. The high-rises are subdivided into apartments, common areas – which helps to unite citizens of the same building – and shops.

The appearance of the city is simple: large icons on the top of each building show what kind of stores or businesses it hosts. This is a crucial addition especially for those of older ages and tourists, as this allows people to better see their destinations from far distances and helps them to move around the city easier. For example, H for hospital, dentist’s chair for the dentist, piano for the concert hall, refrigerator for appliances shop, ancient columns for the museum, exercise equipment for gyms, and so on.

Transportation is a common issue in cities which is why it’s designed differently in the Rainbowcity. There are three levels of transportation starting from the top: pedestrian and bike, public transport, and service. The first two share the same color in slightly different shades, depending on the metro line, while the service level for all lines is indicated by beige.

Public transportation – both public transport lines and air transport – is so efficient that residents no longer need to have private transport with the exception of ecological bikes. As such, the ground is left in a natural state with the addition of some bikeways. 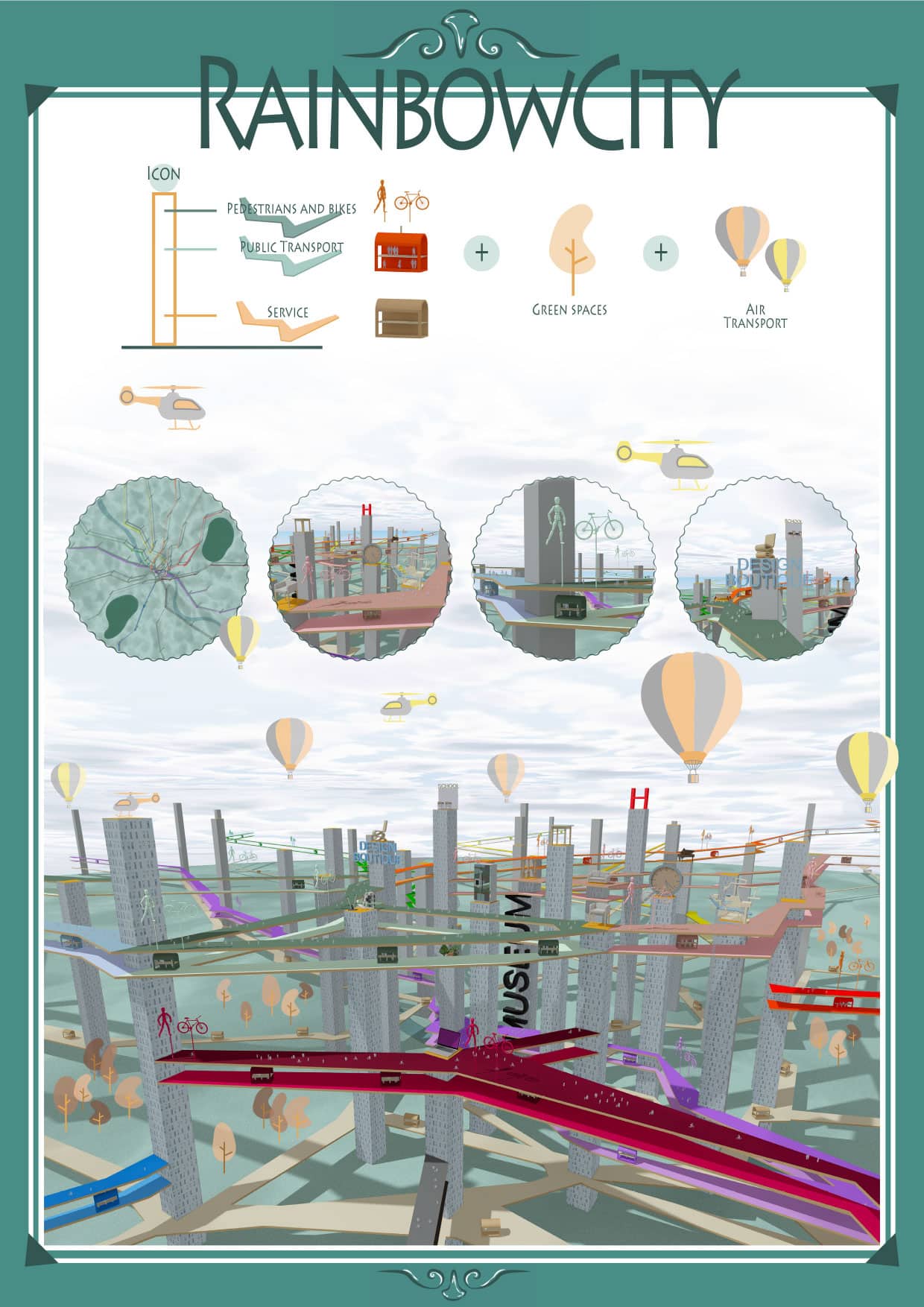