NEITHER WATER NOR MASTER, Jack the dog remembers 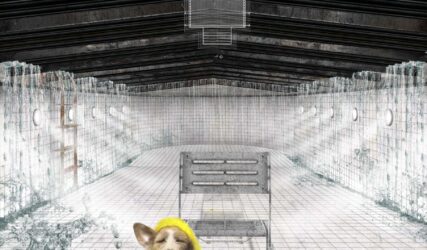 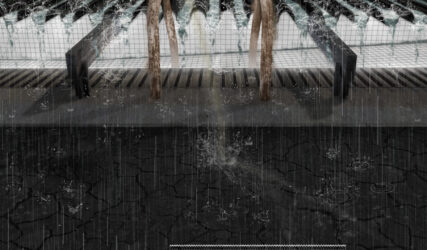 Jack played around the pool many times.

Morroe’s house was an happy home for Jack the dog.

But now Boppampthon district is dry under Jack’s paws.

Jack didn’t seen his dog mouth in the pool’s reflection since years.

Indeed the pool is empty, Jack quit the game, and the kids the house.

The sun started to burn the ceramic tiles the next summer, and Jack’s memories in the same time.

Jack refused it, they were little mirrors of his past happiness.

So, Jack the player becames Jack the handydog.

Some old corrugated iron sheets were lying down in the back garden, Jack took them.

Jack’s past was too beautiful to be erased, the tiles should be protected.

This improvised space became Jack’s kingdom, he was waiting to play again.

At this time Jack closed the eyes and hear the voices of million drops on the tiles.