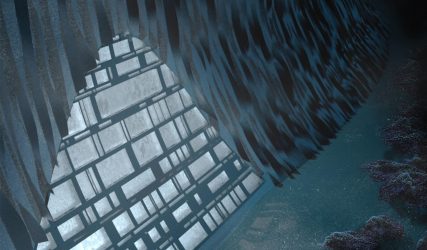 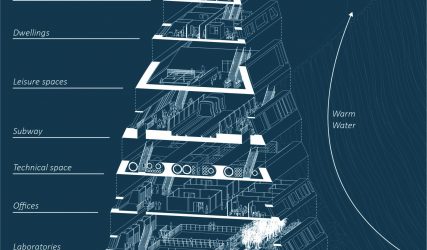 As the planet warms, ice caps are melting faster each year due to submarine warm currents in Antarctica. According to recent studies, a rupture of the West Antarctic ice cap would cause the world sea level to rise by about 3 meters, swallowing up numbers of continental lands.

This project then offers to prevent the warm water from coming into contact with the base of the glacier by creating an eighty-meters-high submarine dyke around the most critical areas of the glacier.

In order to take the most from this project, this dyke will also be used as a scientific research center to study global warming effects on the southest point of the globe. Offices and laboratories will be available on the lowest levels of the project whereas the highest will be dwellings and leisure spaces. In the center of the dyke, a subway will allow inhabitants to move from one district of the wall to another one. Oxygen is gathered by thin membranes displayed along the edge of the project.

This project is then a frontline research center for scientists to observe and study the impact of global warming on the ice caps while preventing the glacier from melting.