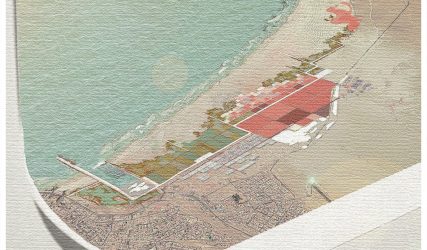 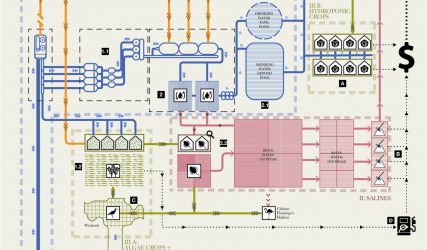 The hydric shortage that we are living will mean an increase in the demand for drinkable water that will affect especially those areas of extreme scarcity such as the Atacama Desert. In this scenario, the desalination industry appears as an alternative to solve this problem, reducing the overexploitation of territorial water sources. However, this industry is polluting the marine ecosystems as the residual brine from the desalination process is deposited back into the sea.

DE.SAL.AR. (Desalination – Salines – Architecture) evaluates the possibility of reusing that brine to develop a circular system for the development of smart coastal cities that use seawater as their primary source, generating various by-products that are reinserted into the system, and that in turn it could work as an ecological remedy for several Chilean coastal cities polluted by other industries, such as Chañaral Bay.

Based on the reuse of brine, a systemic hybrid is proposed between the desalination industry and a new productive landscape of salt flats linked to wetlands, which have the capacity to benefit and protect the existing ecosystems of the territory. Thus, the project would generate a new ecological, tourist, economic and cultural nucleus, delivering drinking water to future cities and industries.