“A structure to communicate in the urban space” has been the topic of my Product Design Course in 2021. The project has been held in the San Lorenzo district in Rome, where one of the Rome University Faculty of Fine Arts campuses is located.

The urban design project course aims at creating awareness among the students who live in this neighbourhood daily, in a place signed by significant cultural and social changes.

DEFINITION OF THE URBAN SPACE

Urban space is a citizen’s right. In this sense, urban space should support the citizen with spatial design features. “The concept of the right to the city was first formulated by Henri Lefebvre in 1968. (Stanek, 2011). According to Lefebvre, the right to the city includes monumental, aesthetic, and instinctive dimensions beyond the right of consumption for human beings, which also require creative activities, knowledge, symbolism, imagination, and leisure.

“The concept of ‘right to the city’ proves to be very useful for thinking about urban space, especially for those who work on living conditions in cities, on the crisis of public space as an element that strongly conditions daily life.” (Right to cities and common goods, Chiara Belingardi)

The very important components of the urban fabric and public space are squares, avenues, and streets. These urban spaces satisfy the social needs of people and contribute significantly to the revitalisation of urban life and the strengthening of urban identity. Basically, urban spaces are the main elements that make a city a livable area for the citizen.Like the places where the city breathes, people meet, come together, share experiences, memories and leave traces. From this point of view, the urban space is full of strong signs of people and life. With this aspect, the space is not only a functional environment but also a bearer of meaning, awareness, belonging, identity, and vital culture. All the social life, sharing, and relationships within the space connect people to the spaces. The density of relationships is possible with the presence of an urban environment that supports a physical environment on a human scale.

WHY THE SAN LORENZO NEIGHBOURHOOD?

Many cities are recognized and remembered through some spatial images of the city and these special areas attract large crowds. An example of Rome is the San Lorenzo neighbourhood. To briefly describe the development of the San Lorenzo neighborhood; San Lorenzo sees its first inhabitants when an increasing number of migrants from the countryside move to Rome looking for housing and work, after the Unification of Italy. The construction of San Lorenzo started with Piazzale Tiburtino during the Roman building boom in 1879. The districts grow also due to several urban projects: Policlinico, the railway line Roma-Tivoli and Milano-Bologna, the Parco dei Caduti. The railway line transported the building material from the quarries of Tivoli to the Roman building sites. Industrial activities start to grow, such as the Ex Foundry Bastianelli, Birra Roma, Vetreria Sciarra, Pastificio Cerere (now RUFA campus), the ice factory Pizzamiglio, the pharmaceutical factory, and all the activities connected to the commissions from the Verano Monumental Cemetery. All this contributes to the working-class look of the district with its houses intended for railwaymen, workers, and craftsmen. This is why Maria Montessori chooses San Lorenzo to build her first Children’s House, after noticing the situation of the most disadvantaged classes. The social composition changes completely in recent years: urban traffic increased and the Sapienza University campus makes the district more and more the receptacle for the student nightlife. The fact that the neighbourhood’s current situation is the main factor in determining this environment as a project area.

THE OBJECTIVES OF THE PROJECT

-Regeneration of the memory and identity of the territory by building new concepts of sociality.
-Create social relationships, be together and share to reproduce daily life, increase awareness of the memory of the place through urban spatial projects.
-Create different sensory experiences with micro-space designs that will consequently reinforce the faded identity of the space.
-Rebuild this area from different angles to add vitality, dynamism, and continuity.

The project started with a detailed research and observation study of the historical transformation of San Lorenzo. During the first stage of the project, it was fundamental that the students comprehend the district’s identity. This is why we have used Urbanist Kevin Lynch’s method to analyze the territory and get the data essential for the design stage. Kevin Lynch’s city is above all a physical city and the author pragmatically indicates the rules underlying its good spatial organization. Each city has a public image that is given by the combination of many individual images. In turn, these are formed by figurable objects, which must also possess the social meaning of the area, a function, a history, and a form that should reinforce the meaning. According to Lynch, the main elements that the individual constructs the 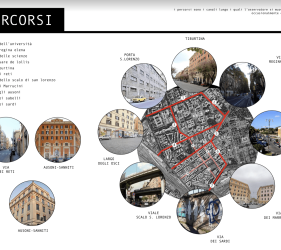 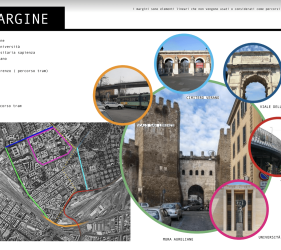 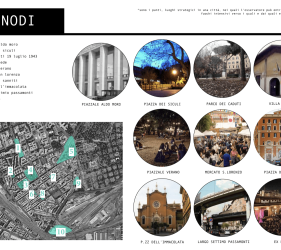 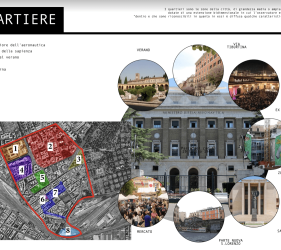 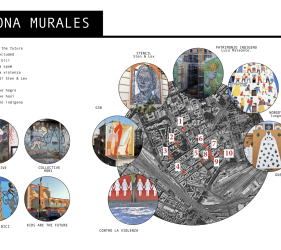 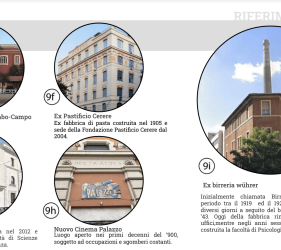 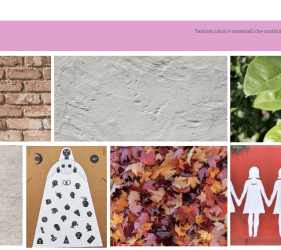 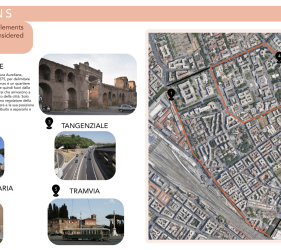 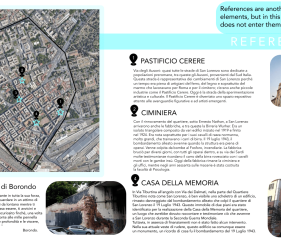 The district’s cultural, social, and physical characteristics and the user’s profiles have been key elements in the concept of the project. The micro structures, the urban furniture, and the installations the students designed allow opportunities to interact and communicate for those who live in, work in, and cross the district. The projects developed during the Product Design course are ‘extrovert architectures’, ‘communicating objects, or rather, as Wes Jones pointed out, object stimuli that aspire to a more direct and immersive relation with the public’ (Aymonino, Mosco, 2006).

STUDENTS TALK ABOUT THEIR DESIGN CONCEPTS 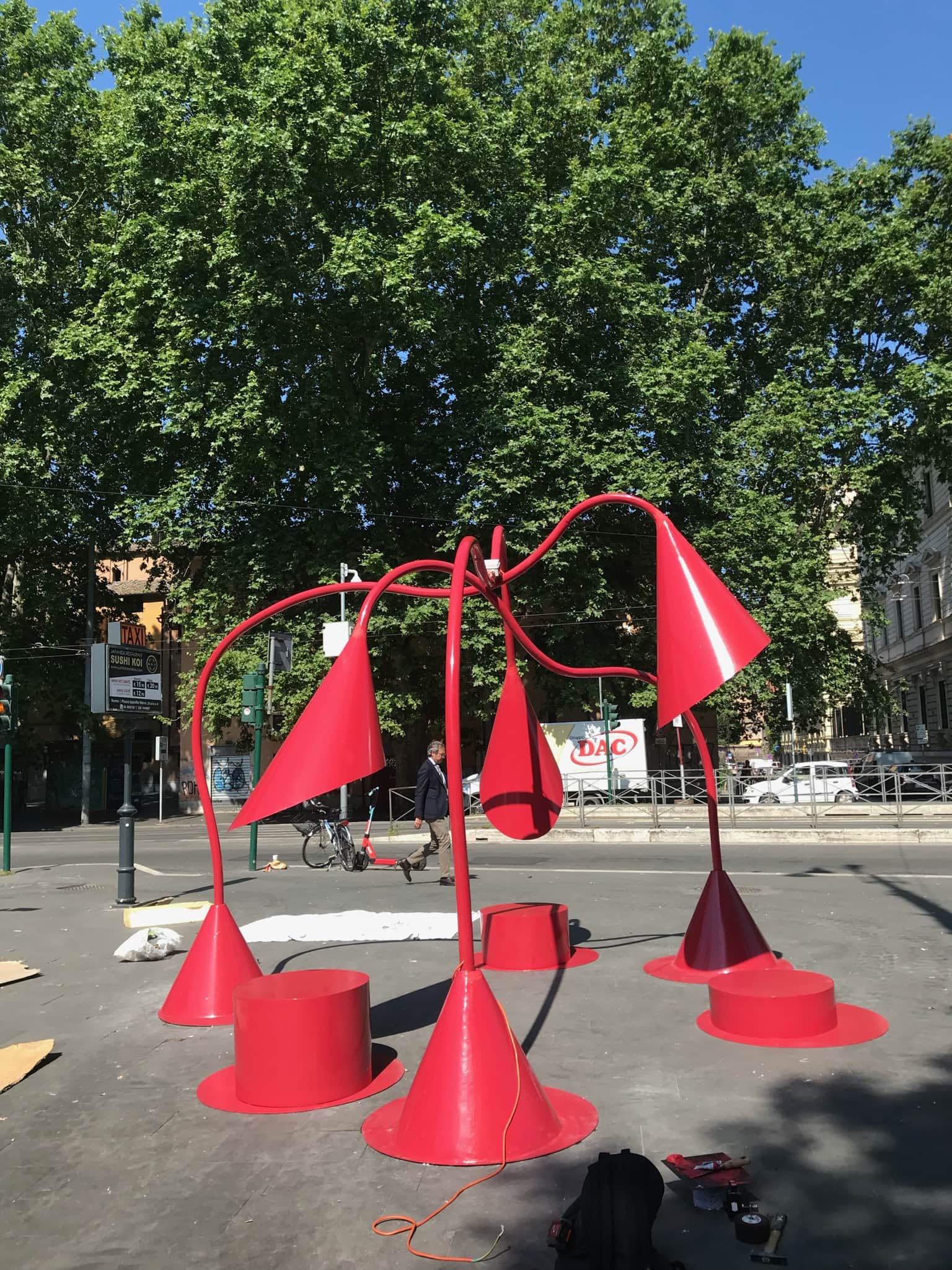 The project selected and implemented for the Roma Mia competition by the first Municipality of Rome, and exhibited in Piazza Trastevere in summer 2021.
“Roma Tales” designed to be inserted within the Parco dei Caduti of 1943, integrates into different realities thanks to its versatility and its fantastic appearance, which contrasts well with the urban context. Its focal point, that is the sound interaction aimed at narrating and discovering small hidden or forgotten realities, makes the work suitable for any place able to accommodate the will to tell, pass on and remember. “RomaTales” creates listening areas. Small pills of memory that pass from generation to create that bond that only a story that touches the soul can create.

Positioning below the sound emitters, a sensor will detect the presence of the user so from activate a sound: that of the voices that tell the bombing of the neighborhood. Who listens becomes then an integral part of the same structure. 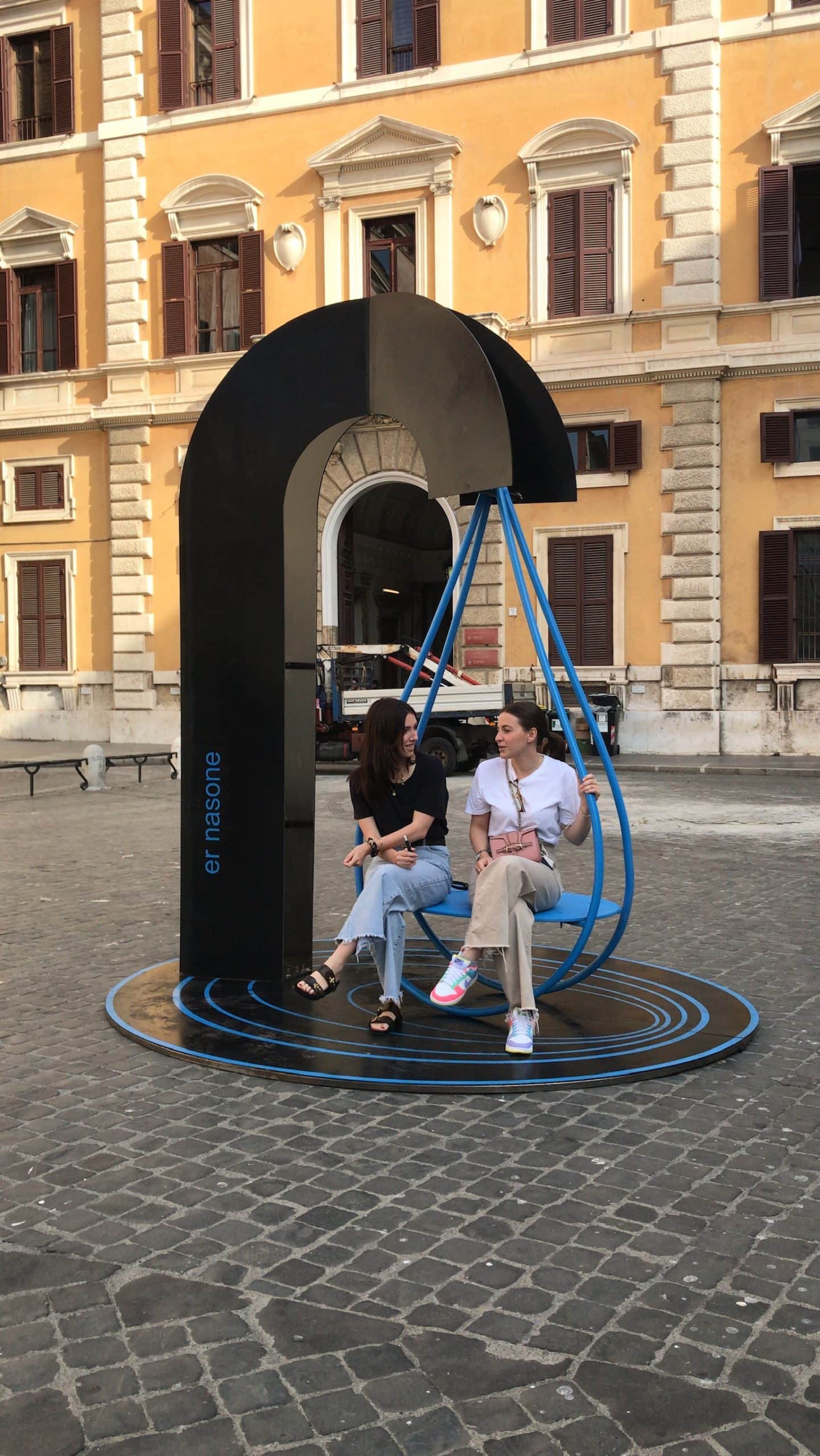 The project selected and implemented for the Roma Mia competition by the first Municipality of Rome, and exhibited in Piazza Fontanella Borghese in summer 2021.

The project intends to celebrate the relationship between social identity and historical link, inspired by one of the closely linked symbols to the culture of Rome: “er nasone”, nickname with which the Romans they affectionately call the famous cast iron fountains that enrich the streets of the capital. From this concept comes “NOSEAT. er big nose “. The revisitation of the object gave rise to the creation of an out-of-scale installation, which takes up the particular shape of the curved tap from which it flows a drop of water, whose stylized shape becomes a rocking chair. The mocking identity of the nose is combined with the essential and linear design, intriguing the user thanks to its playful and ironic appearance, which becomes familiar once the tribute to the big nose of Rome is recognized. The intent is to create an urban design product that can enhance the space where it will be placed from an aesthetic point of view, in this case going to redevelop the garden area adjacent to piazzale del Verano. The rocking chair, with the funny shape of an off-scale tap, is suitable for any age group, especially children and adolescents. 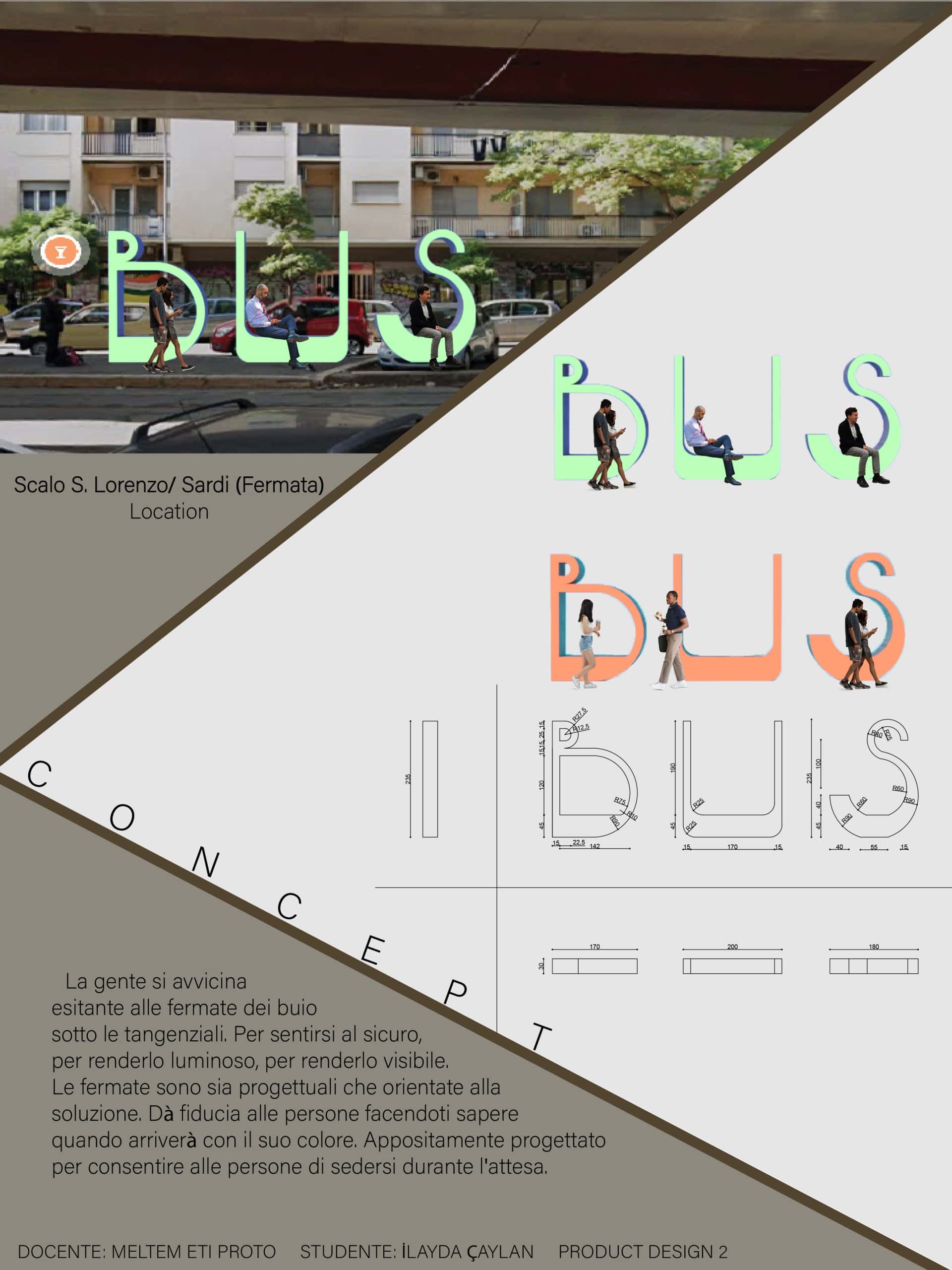 The Bus stop is an off-scaled object. The illuminated letters of “BUS” becomes functional elements for the bus station. It aims to create a safe zone under the dark highhway of San Lorenzo bus station. 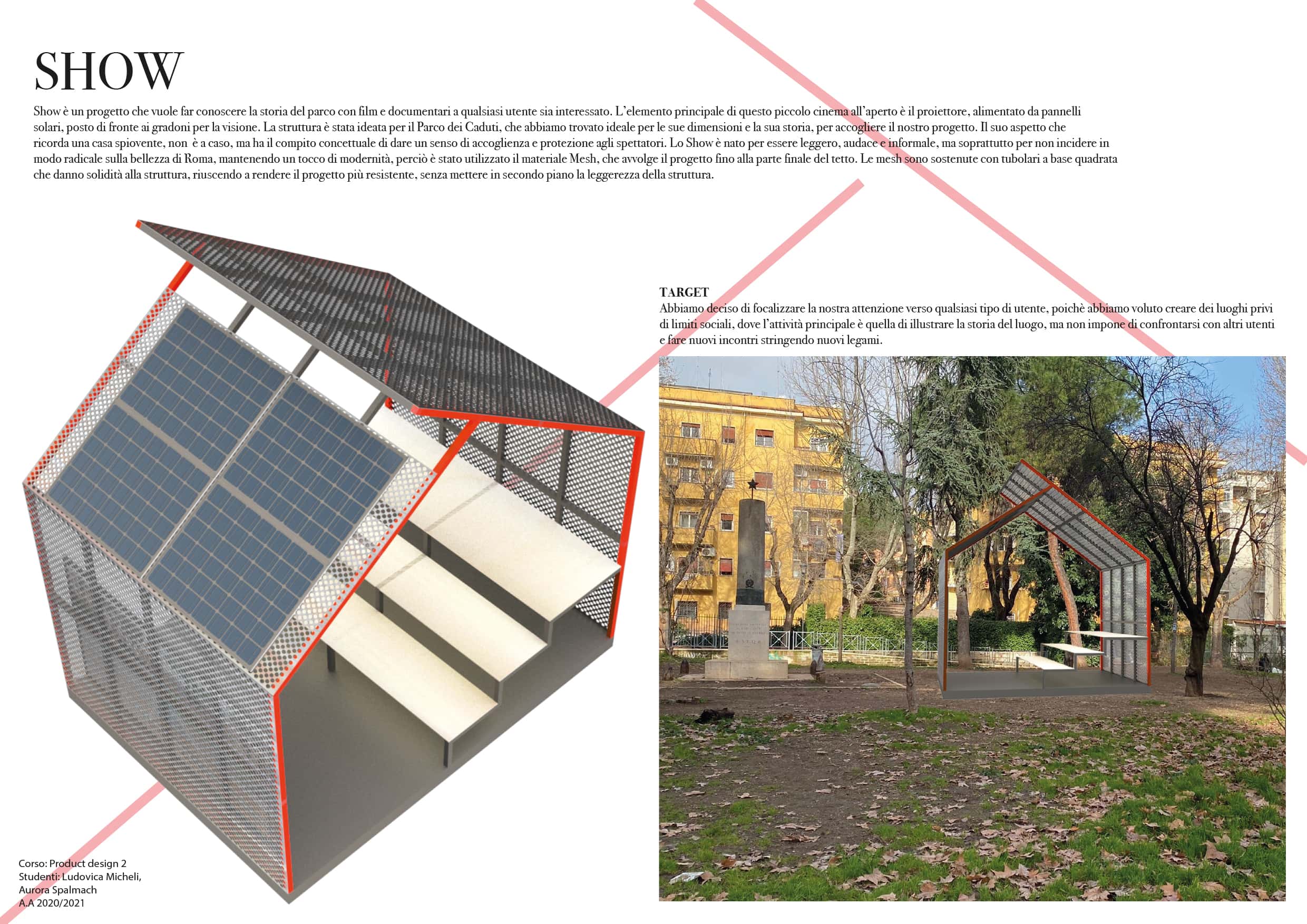 The structure is designed for the Parco dei Caduti. “Show” is a project that wants to show the history of the historical park with films and documentaries to any user who is interested. The main element of this a small outdoor cinema is the projector, powered by solar panels, placed in front of the steps. The “Show” was born to be light, bold and informal, but above all in order not to radically affect the beauty of Rome, while maintaining a touch of modernity. 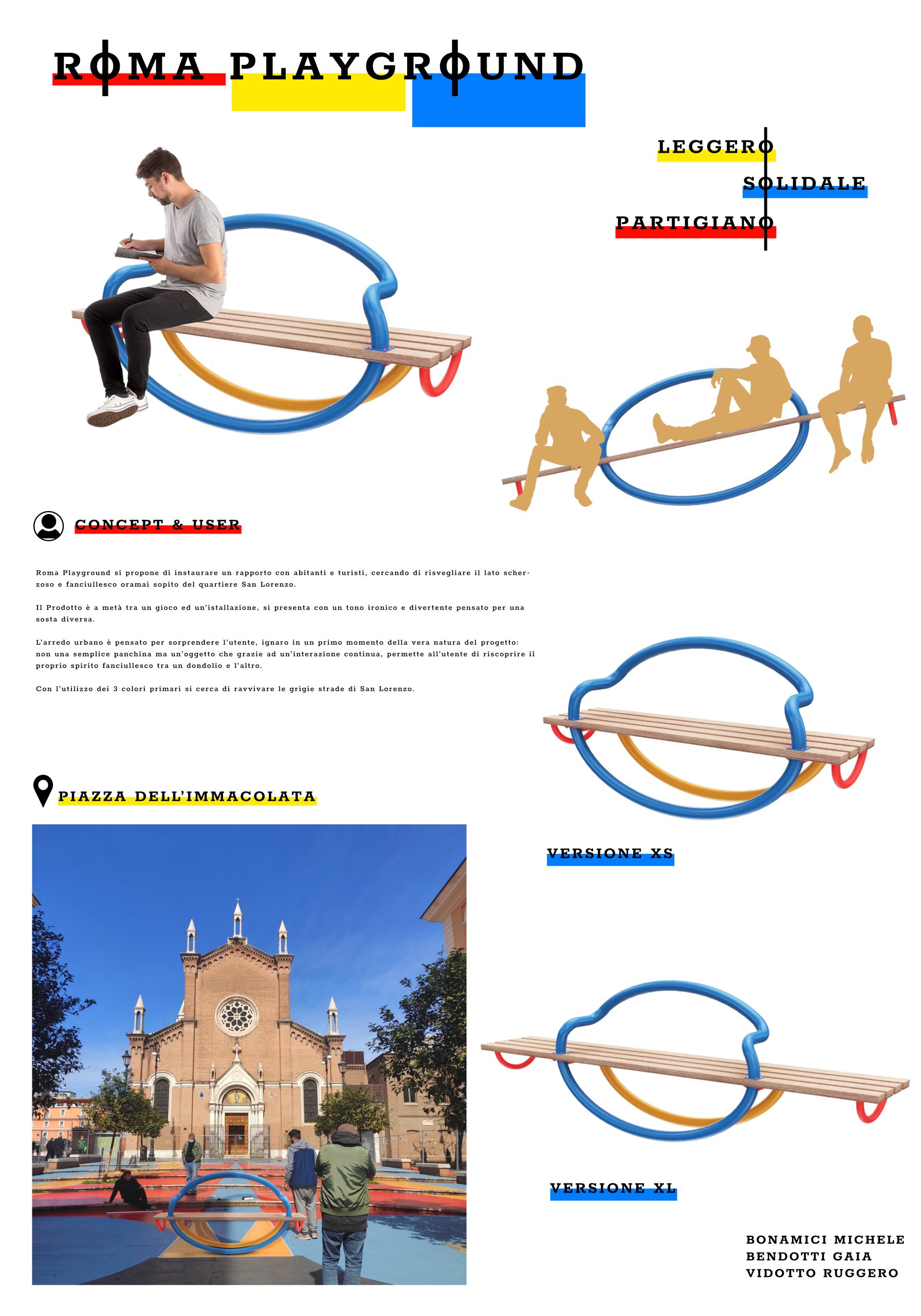 Roma Playground aims to establish a relationship with locals and tourists, trying to awaken the playful side and by now dormant boyish of the San Lorenzo district.
The Product is halfway between a game and an installation. Street furniture is designed to surprise the user, unaware at first of the true nature of the project: not a simple bench but an object that thanks to a continuous interaction, allows the user to rediscover
his own childish spirit between one swing and another. With the use of the three primary colors we try to revive the gray streets of San Lorenzo. 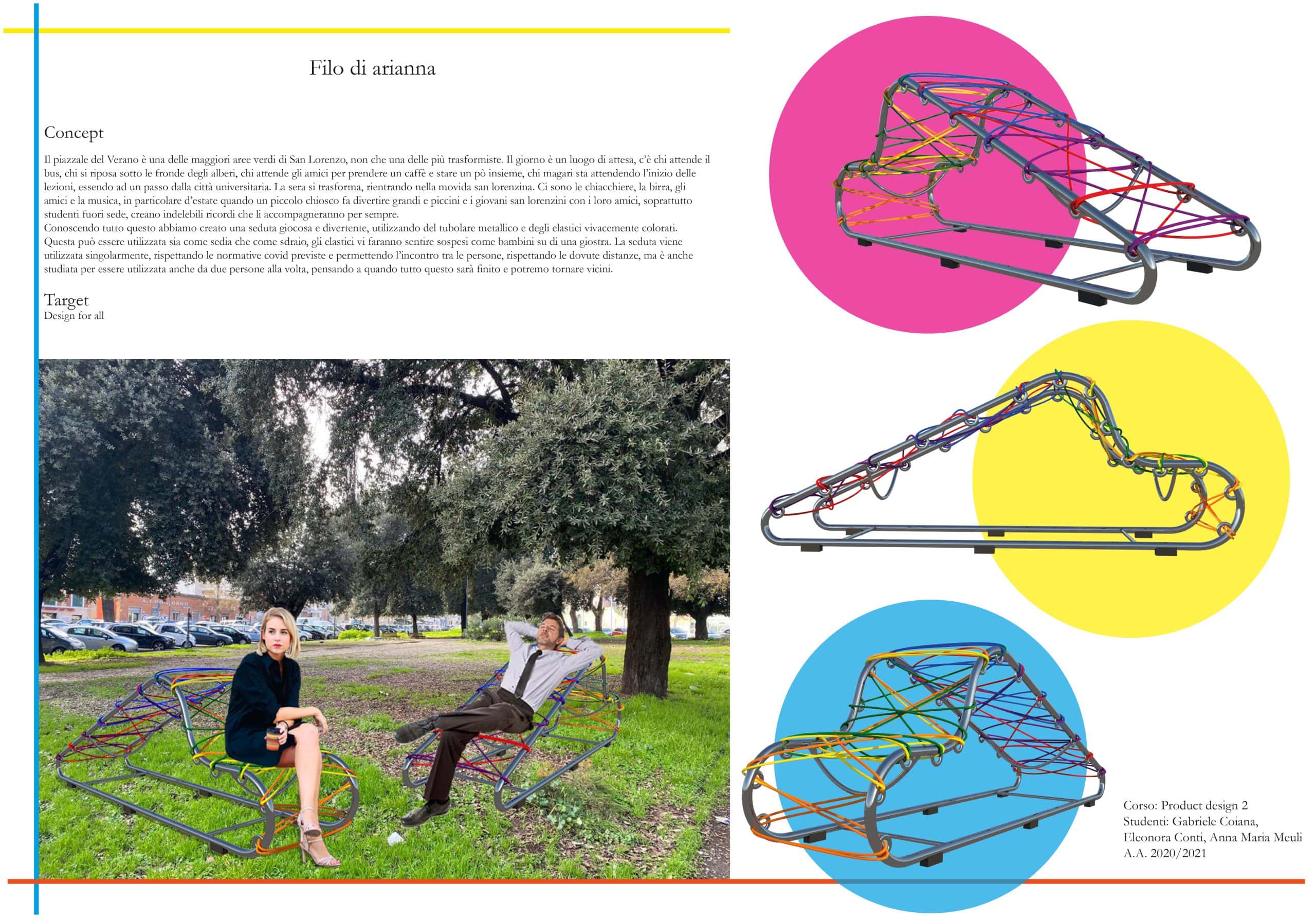 Piazzale del Verano is one of the largest green areas in San Lorenzo, and one of the most transformative. The day is a place of waiting, In the evening it changes, returning to the nightlife of San Lorenzo. Knowing all this, we created a playful and

fun seat, using metal tubing and brightly colored elastics. This can be used both as a chair and as a deck chair, the rubber bands will make you feel suspended like a child on a carousel. The seat is used individually, respecting the covid regulations provided and allowing people to meet, respecting the necessary distances, but it is also designed to be used by two people at a time, thinking about when all this will be over and we will be able to get back together. 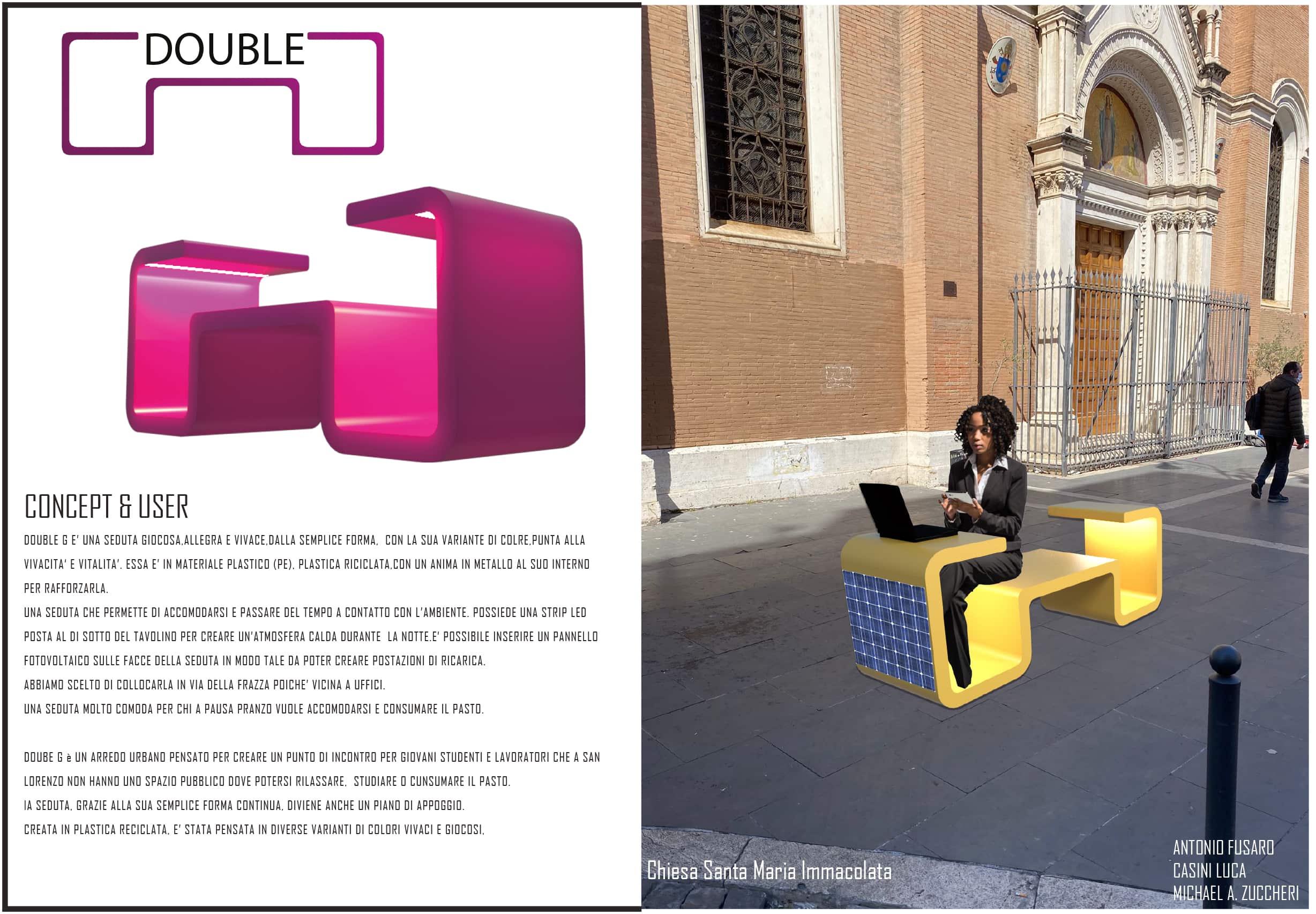 “DOUBLE G” Is a playful, happy and lively seat and table. With its color variations it aims for vivacity and vitality. Design allows people to sit, work and spend time with the possibility to charge your tech objects. The led strip placed under the table creates a warm atmosphere during the night.
Thanks to the research method and design territory knowledge unique projects have emerged that aim to solve the problems of the territory and express today’s trends. As the designers mentioned on their concepts these structures aim to convey information, raise awareness, give a message, share and live in the neighbourhood, reinforce the faded identity of the space, aim to build a relationship with the place they are located.

Short Films of the projects: