The Agora, Urban and social symbiosis 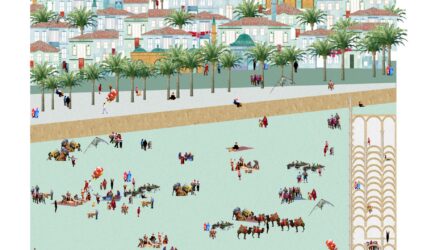 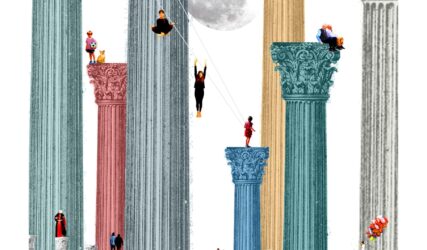 Agora, a gathering space for Ancient Greeks, the center of commercial, political, and religious life in the city.

Today, cities are facing a social, ecologic and economic challenge. We need to control their expansion while making use of existing spaces to save material, energy and time. To this end, public spaces should be more flexible and allow a better symbiosis among functions, people, and times.

The agora of Izmir (Turkey) is a highly symbolic site, the nerve center of Ancient Izmir. Now, it has become a confined archaeological reserve and tourist desination, far removed from its original functions.

Our proposal is to revive the agora as a place of social, economic and cultural exchange, where citizens and local associations are the real actors. As a site of urban symbiosis, the agora could include a vibrant marketplace with fresh produce sold by local vendors, pottery workshops where young people could learn traditional crafts, and artisans, artists and craftsmen plying their trades and selling their wares…

Instead of allowing the ruins to lie dormant as a site of purely historical significance, this process would preserve and emphasize the archeological heritage of the site, while realizing its potential as an active community space.