Detritus: A tribute to destruction 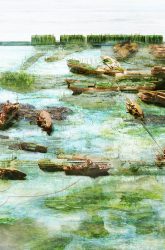 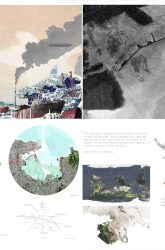 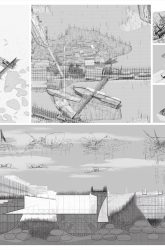 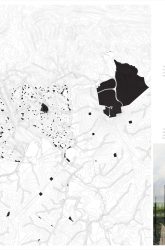 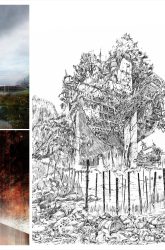 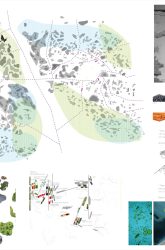 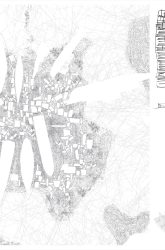 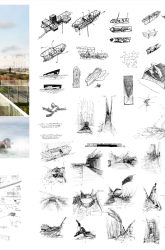 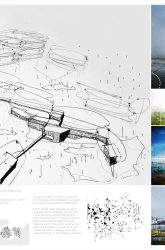 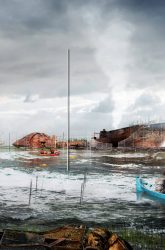 Landscapes of destruction, post-human landscapes, associated with predatory-globalization activity, where cargo ships, are the protagonists of large-scale destruction and predation.

Devastation as a new beginning, more conscious, in which to have precautions, tools and legislation that stipulate destruction and accept it with the same relevance that construction, evolution and economic growth have, since one is a consequence of the other.

These metallic mausoleums, almost wandering reefs, are the most static within the dynamic flow of the Bay. The forgotten boats, apparently, without any function are left it in the port to “decompostion”. What they still have in their entrails, fuels, chemicals, plastics, are potential pollutants of the Montevideo bay, and therefore of the ocean. The high costs of abandonment are unfortunately not only economic.

An urban intervention is proposed in the maritime space of Uruguay, located in the Bay of Montevideo, questioning the historical expansion of the city over the territory.The protected area created is defined as a “theme park” focused on contemporary human activity (destruction-self-extinction). A shady project, an anti-Universal Expo, an enclave where the negative emerges to transform into the positive.

The ecological remediation park of contemporary and recent archologies, superimposed geological intensifications, part of the vessels are submerged in a medium that degrades them and converts them into the medium itself, embedding and extracting particles, the elements become the medium and the medium it is infected by the elements, through the micro operations of decomposition and accumulation of sedimentation materials.

“Detritus-A tribute to destruction” is an absolute stunning project, intelligent, visionary and extremely beautiful illustrated. The idea that naval waste of old ships and containers might become the base for new habitats and territories, connected archipelagos to be experience like a theme park in the bay in front of Montevideo I absolutely appealing. The end of something always means the start of something new.

Detritus-A tribute to destruction is a beautifully executed and thought-provoking project that makes one question the contemporary consumer culture.

Between predatory globalization activity and local livelihood, natural environment and human destruction, this project raises fantastic observations of these conflicts, with a symbolic gesture turning the abandoned cargo ships in the heart of the Montevideo bay into a remediation park. The author intelligently remediates the decomposition process with nature- based solutions. At the same time, it pays a tribute to anti-universalism, creating a beautiful project that reflects on our contemporary human activity.

We appreciate the tranformation of the entropic decay of human waste into an opportunity for creative placemaking with an appropriately post-apocalyptic aesthetic.