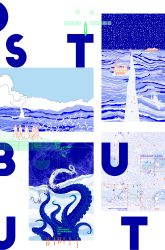 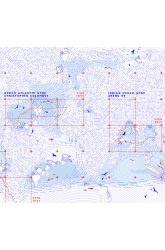 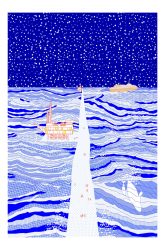 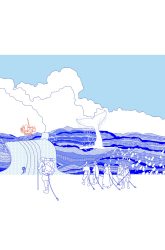 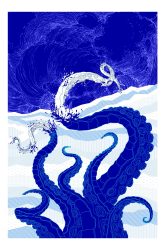 “Imagine five plastic grocery bags stuffed with plastic trash sitting on every foot of coastline around the world. That’s the world we live in.”

Plastic waste has defined a new human epoch: the Anthropocene. This material has reformulated our connection with the planet. POST-COLUMBUS ROUTE aims to identify and resolve this relationship.

By the end of the century, it is estimated that oceanic plastic pollution will rise to a staggering 30 billion tons, most of which will be directed through gyres, currents which funnel floating waste towards the middle. One such hotspot is the North Atlantic Gyre, which serves as the initial site for our project.

We propose constructing a utopian floating path over the water, following the route traveled by Cristopher Columbus on his first voyage to America.

Since the route closely corresponds with the North Atlantic Gyre, the first effect can be accomplished by the collection and reuse of oceanic plastic waste using passive and active mechanisms incorporated into the path. Nets suspended 2.5m deep are equipped to capture floating debris without trapping aquatic life.

This in turn leads to the economic benefit – the collected plastic could be used to construct the path and other architectural interventions. Additionally, the companies that have contributed to this massive pollution could have the unique opportunity to reverse their image, by funding the construction of the route. This could eventually be transformed into a profitable endeavor by marketing branded hotels, restaurants, retail and advertising.

The vision and the symbolic character of the Columbus Route as well as the idea that the path is nourished on site by the everlasting collection of plastic are so inspiring that the limit of feasibility manifests itself as a challenge that makes you want to face.

Thinking the Columbus route as an utopian floating path over the waters of the Atlantic ocean that at the same time collects plastic and constructs itself through this plastic, becoming the pilgrim path of our Anthropocene accompanied by hotels, retail and restaurants is an exciting angle and thought, almost becoming a sarcastic comment of our time and idea of the future.