Apparatus of Amusement, a retail for post-consumption 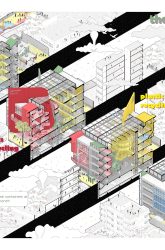 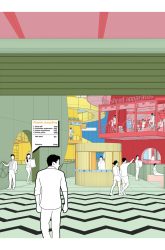 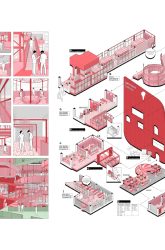 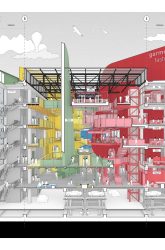 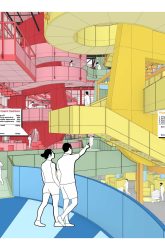 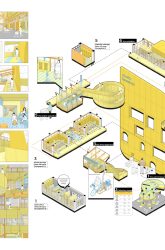 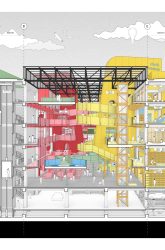 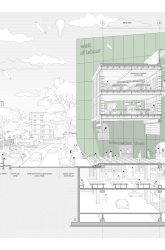 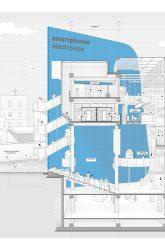 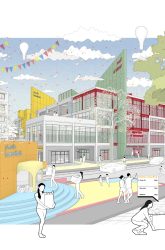 The enquiry for ‘Apparatus of amusement’ started by understanding of the age of Anthropocene and the impact that humans have created on the surroundings through the commodified world we live in. The consumerist strategies lead to a numb state of mindless consumption at epitome of consumerist typology of ‘shopping mall’. These extravagancies lead to the collective notion of excesses termed as ‘waste’.

The project challenges to reverse the conventional notion of retail in a hyper-mediated urban setting of Irla in Mumbai, by using the post-consumption objects in our ‘buy and discard’ society, oscillating roles of a consumer to provide radical solutions to move towards ‘circularity’

The project proposes at three scales Repurpose decentralized system which is alternative to the existing waste management system, Repurposing of the Prime mall and Irla street project intervention.

The journey for the role-players starts as a part of the assembly line, where you choose a path based on the anchors of the retail for post-consumption, plastic households, garments fashion and smartphones electronics. The role-players go through these individual processes to repurpose a specific object which now gets a second life which taking the burden away from the landfill. The programmatic components include the wall of labour as protagonist, the apparatuses, the event space, the hall of experiments, labyrinth consumer’s playground.

The project tries to reframes the role of human in the social and ecological sphere as a shift in the current paradigm for decentralizing ways to manage our objects in our ‘buy and discard’ society.

An ambitious project that clearly shows how architecture is a tool for social questioning. A theme more topical than ever and a strong, clear statement translated in a really interesting functional programme.