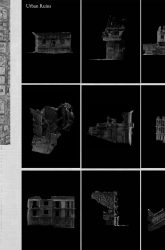 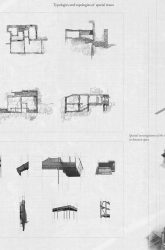 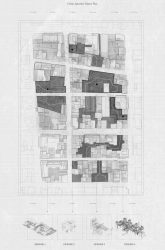 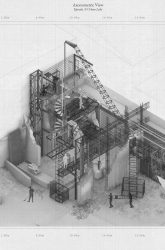 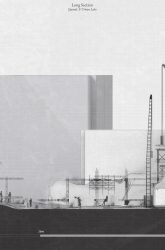 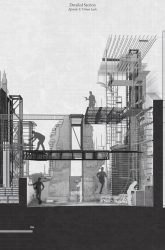 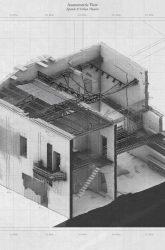 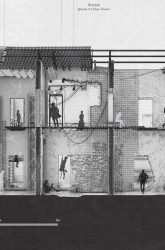 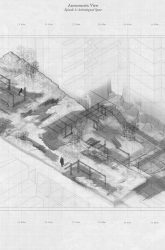 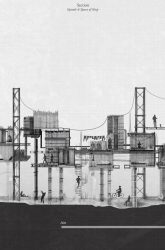 The present proposal approaches the Athenian urban landscape, and especially Metaxourgeio area, as a space with increased entropy. An entropy infrastructural but sociaeconomical, as well. The fragmented fabric, urban voids and ruined topologies, though, do not constitute a terminal condition, but rather a dynamic field of investigation, dialectic mechanisms of rethinking public space and urban thresholds that create the ideal starting points of a new urban culture.

Urban forms in various scales are being studied (material details, ephemeral structures, ruins’ facet and urban voids) – both pre-existing traces and discarded materials – and are used as design tools. Traces of a past use are associated with mnemonic mechanisms and collective imagination. At the same time, already used components and urban waste function as a raw material, capable of activating an alt-perception of the urban materiality – a reusable matter in terms of spatial sustainability.

These tools serve the new operations of the so far intangible urban space, redefined topologies oriented to public interaction and collective processes. The performative nature of theatre (episode 2), the collectivity and creativity of the urban labs(episode 3), the inclusivity of the transitory spaces of sleep (episode 4) and the reconsideration of the physical limits between the public space and the archaeological monuments (episode 1), are some of the values and recommended uses for the new socio-spatial Athenian urban narrative.

The mechanism is designed to coexist with the remain, and becomes a remain itself, with no intention to prevent wear but only to redirect decomposition.

The project is a speculative and experimental proposal, that attempts to redefine the urban void and ruin as a dynamic field of public practice and inclusivity. Consists of four interventions: (1) Urban interventions that coexist with ancient archaeologies, (2) a public theater, (3) urban laboratories with indoors, semi-outdoors, outdoors area and (4) shelter-like sleeping areas.