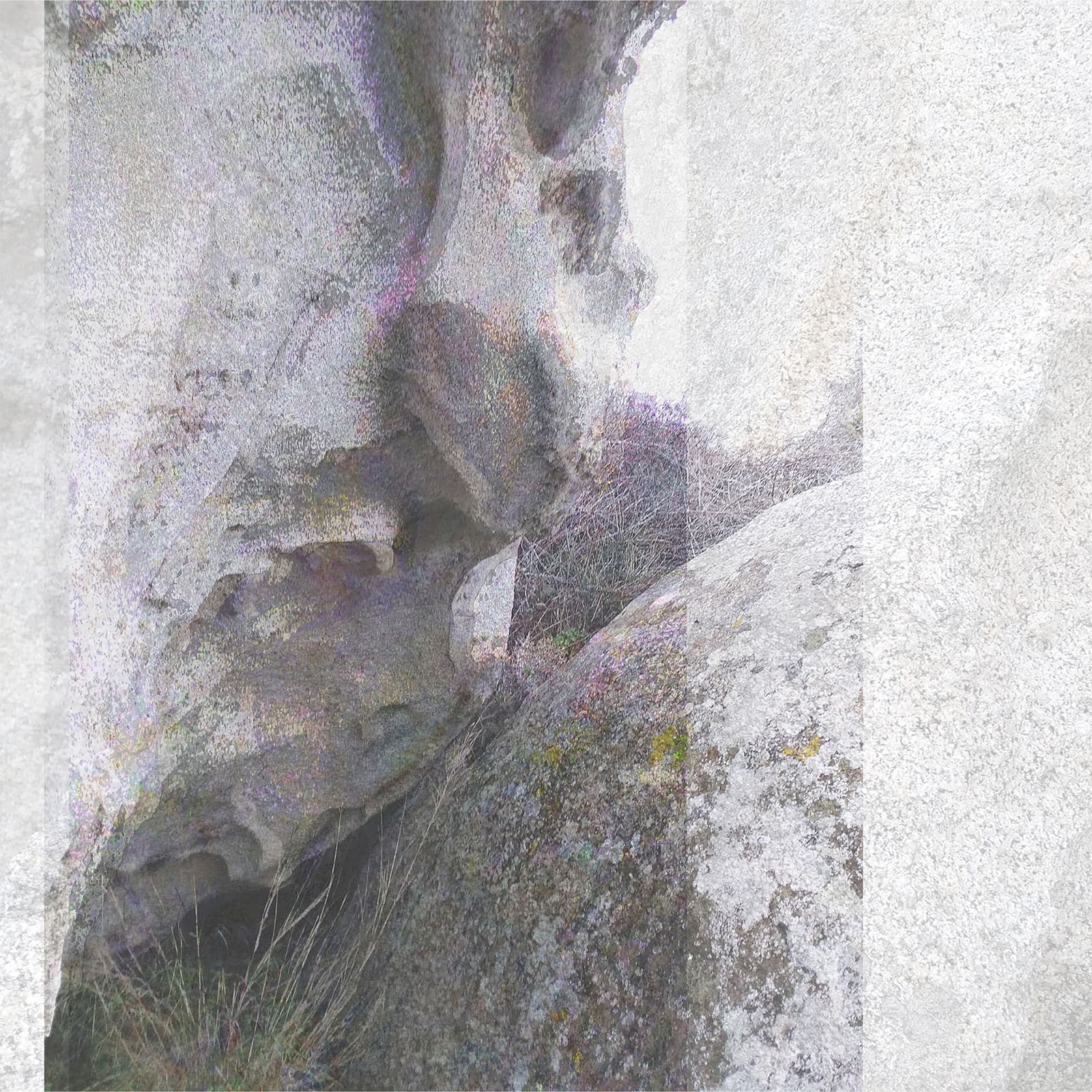 In the context of this dissertation, the place of Volakas in Tinos, Greece is approached as a field of differentiation. A landscape of contrast, in terms of the scale and the extent of its granitic formations – its geological phenomenon. At the same time, it’s about a place of childhood memories – “articulation” of subjective reading. 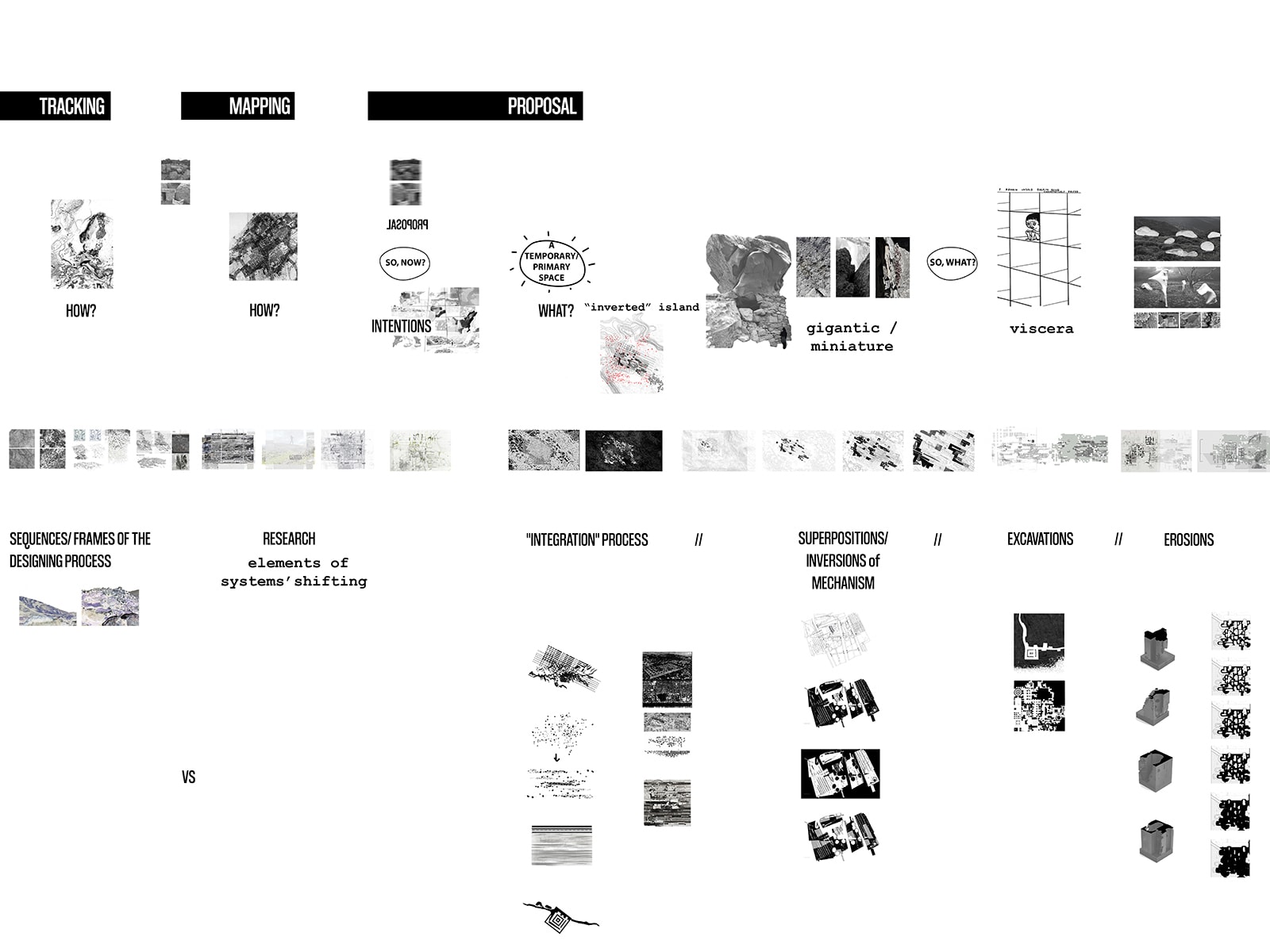 A relationship of a place out of scale, cut off, and yet in some way connected to the imaginary boundaries of the island of Tinos.

A place where the architectural footprint is indistinguishable as the landscape prevails. The intensity of the territory eruptions here is predominant and is chosen as such a place. As a destabilizing dynamic capable of introducing and producing spatial synergies.

The geological interior with strong signs of disintegration and changes in space and time is seen with bumps and holes. 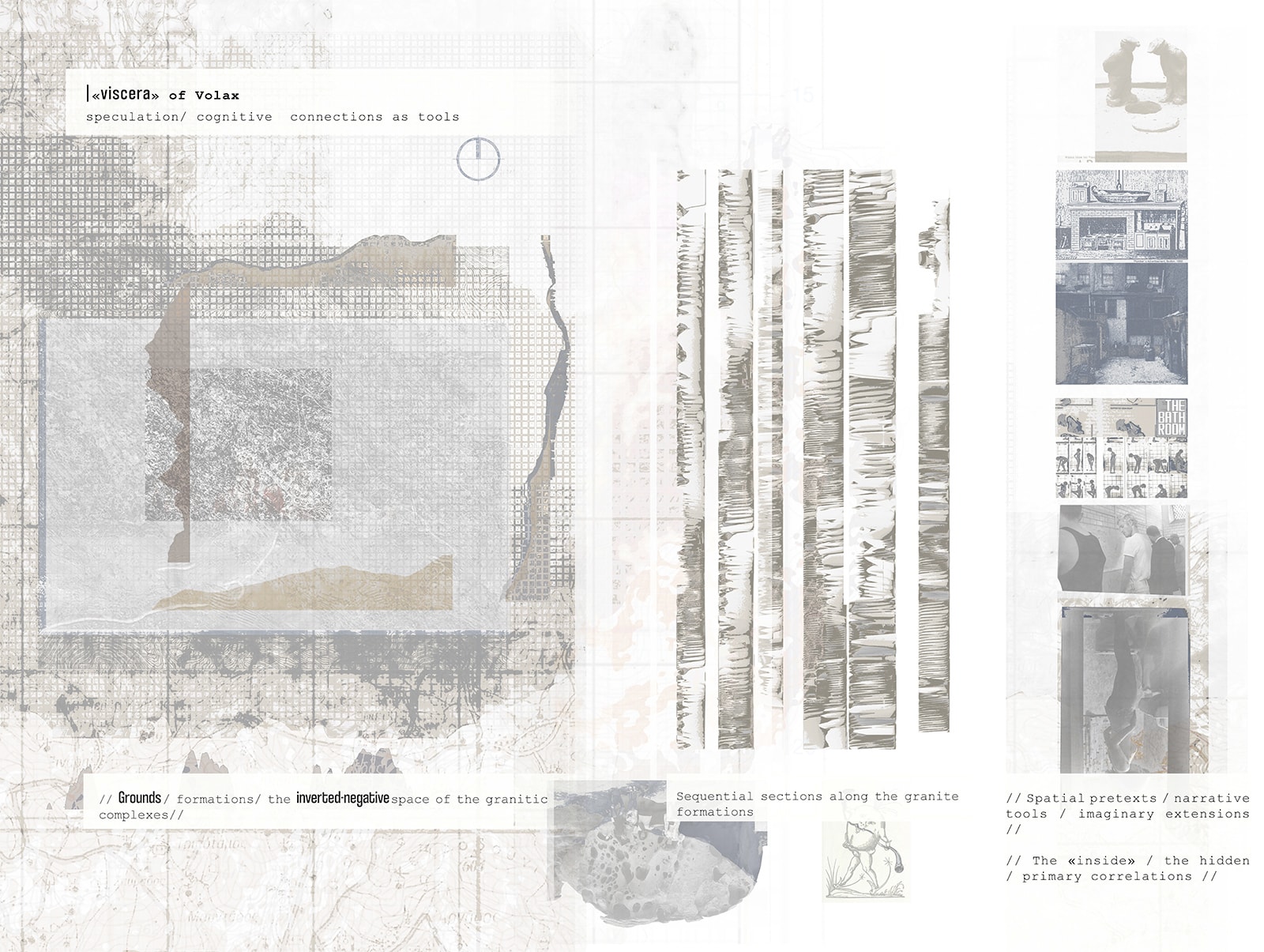 Initiated by Volakas, the intention is to map the rhythms and qualities of space that constitute destabilization or elements that are found out of balance; unexpected elements that compose the place in an attempt to reverse the “production” of space. Experiments with the “real” and the “construction”. 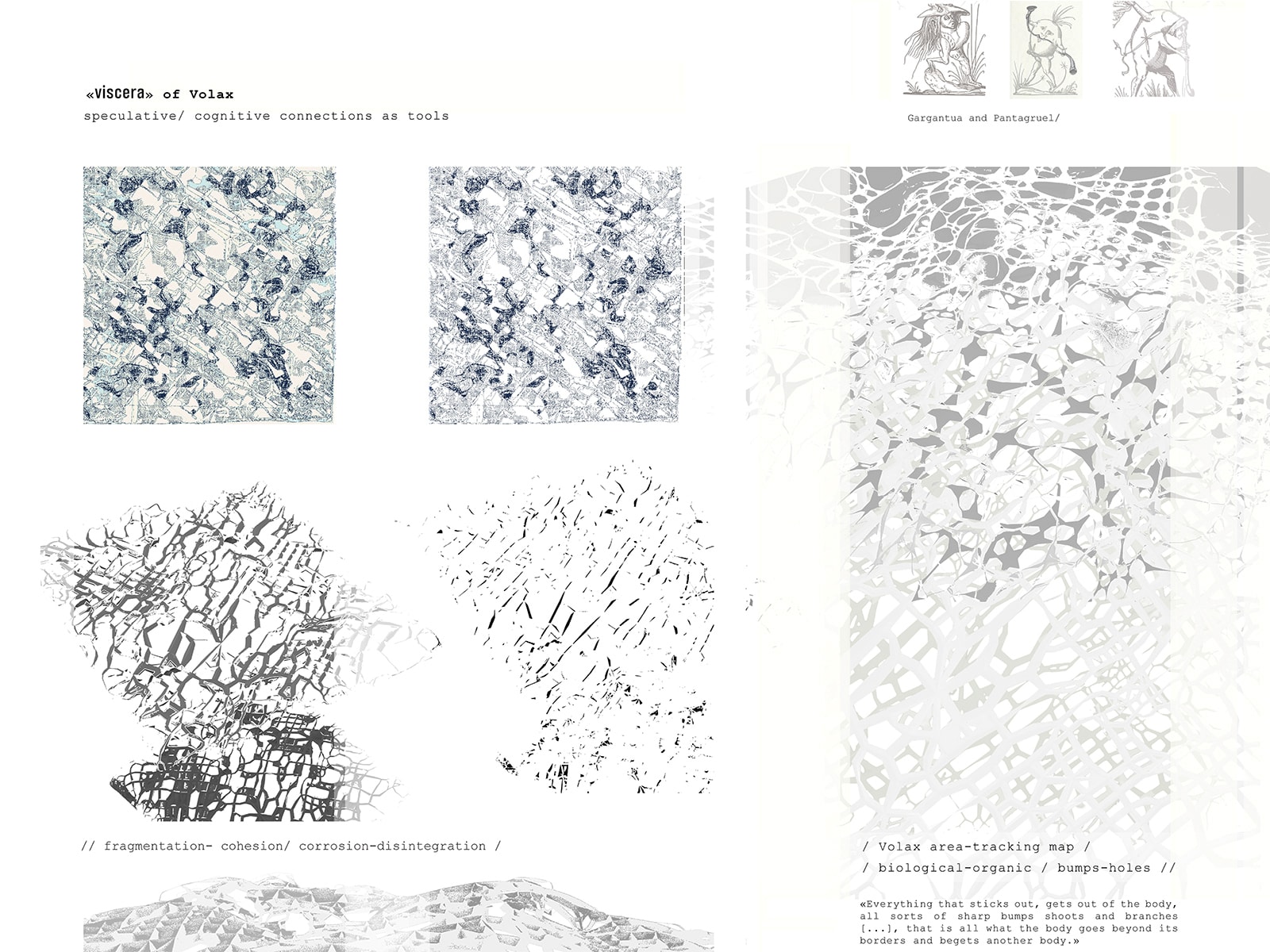 The goal is therefore the conceptual crossing of the landscape and the correlation with “primary” places as fields of analysis, throughout “oblique” routes. To articulate means of exploration, with an emphasis on process as a tool of the spatial research design. By reversing the qualities drawn from this specific theme, the material and imaginary extensions of the space, to the composition of a dynamic “ground”, a temporary space.

In the first section (tracking), an attempt to examine Volax’s approach framework with distinct points is made. Initially, the site is analyzed and its relationship with the island. Then influences-concepts are developed such as cohesion-fragmentation / disintegration- “viscera” / inverted-negative space and the theoretical framework that connects them. Finally, an attempt to connect analysis-influences is made, through which the intention is fermented, and the methodology that is chosen. 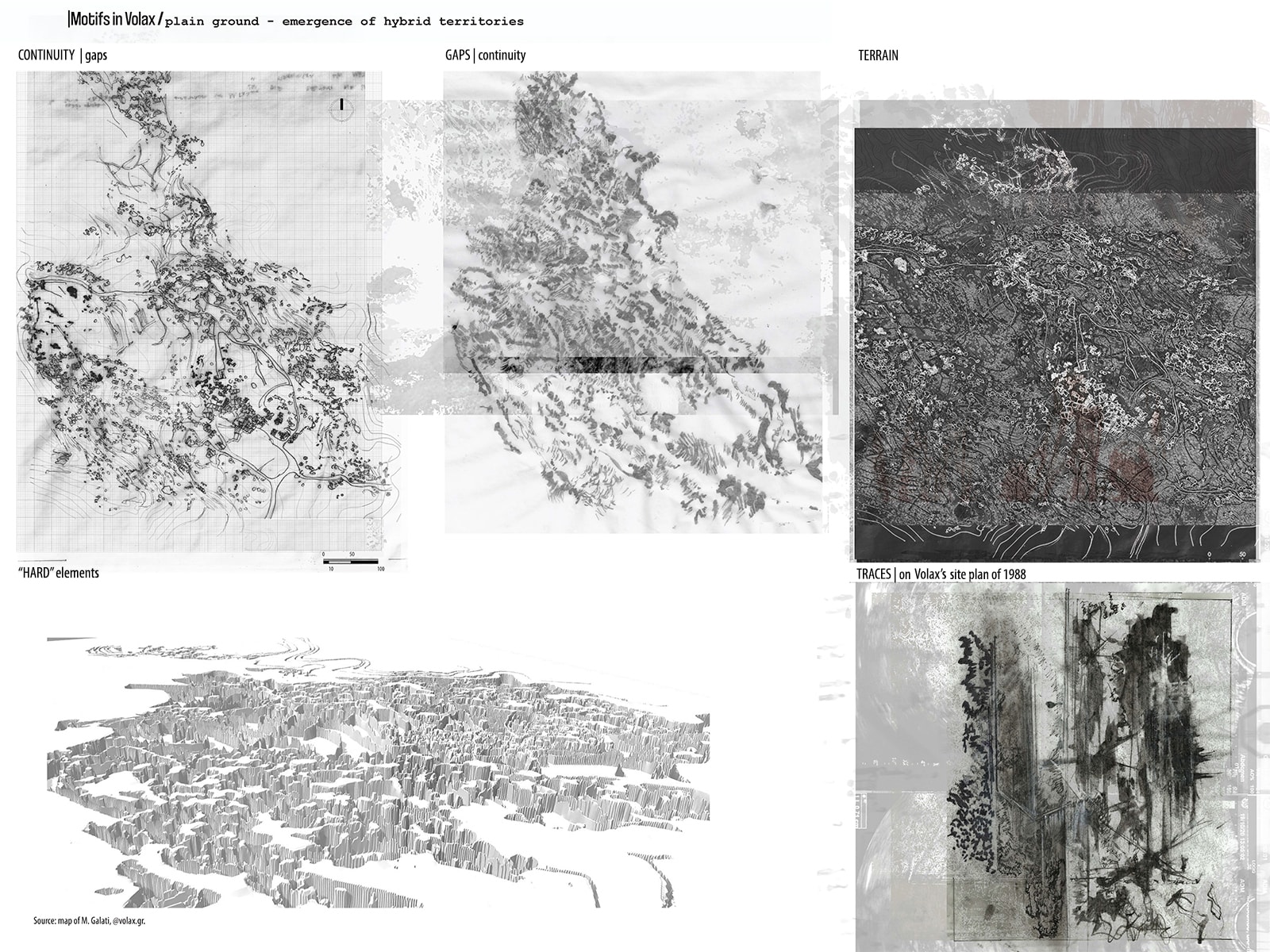 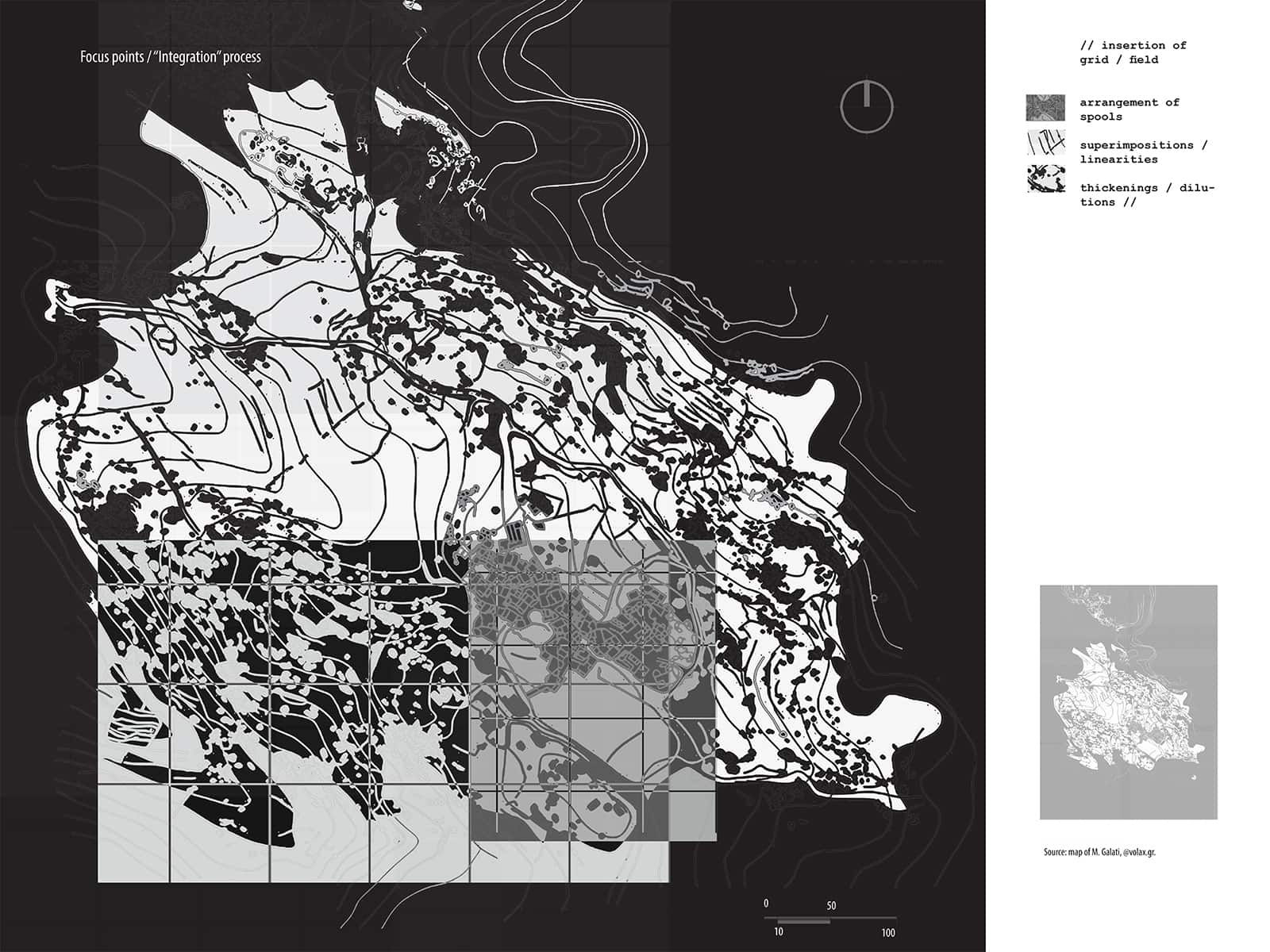 The second section (mapping) focuses on the topics raised in the first. With the tool of mapping as a dynamic recording of the field and its meanings, the capture in a readable medium is attempted, through the experiments within it. To allow different readings and interactions of multiple narratives; superposition of elements, transparency, their partial isolation, editing; fragmentation, repetition. Montage and re-assembly; experiential, micro-perceptions; – microtopias. 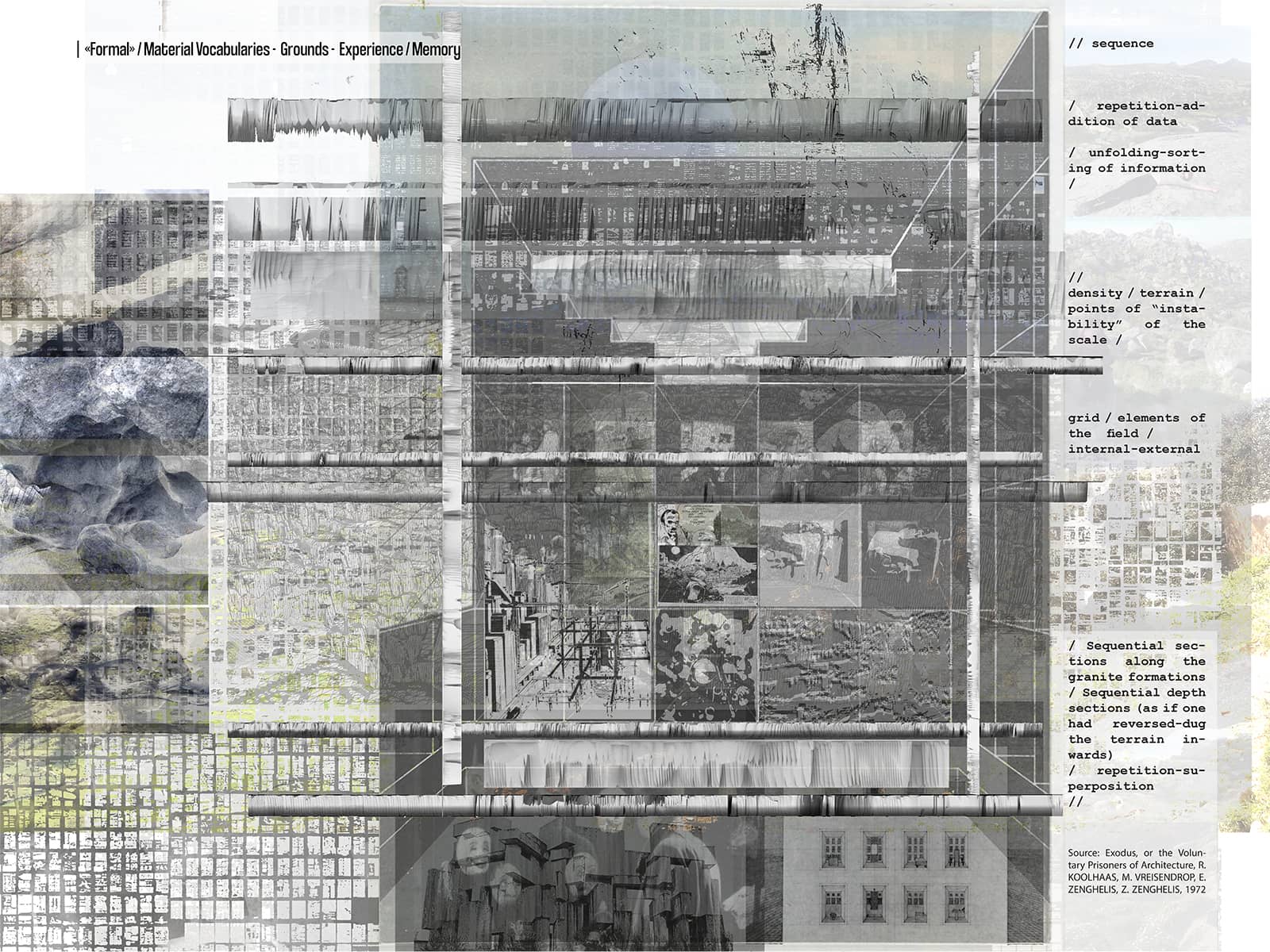 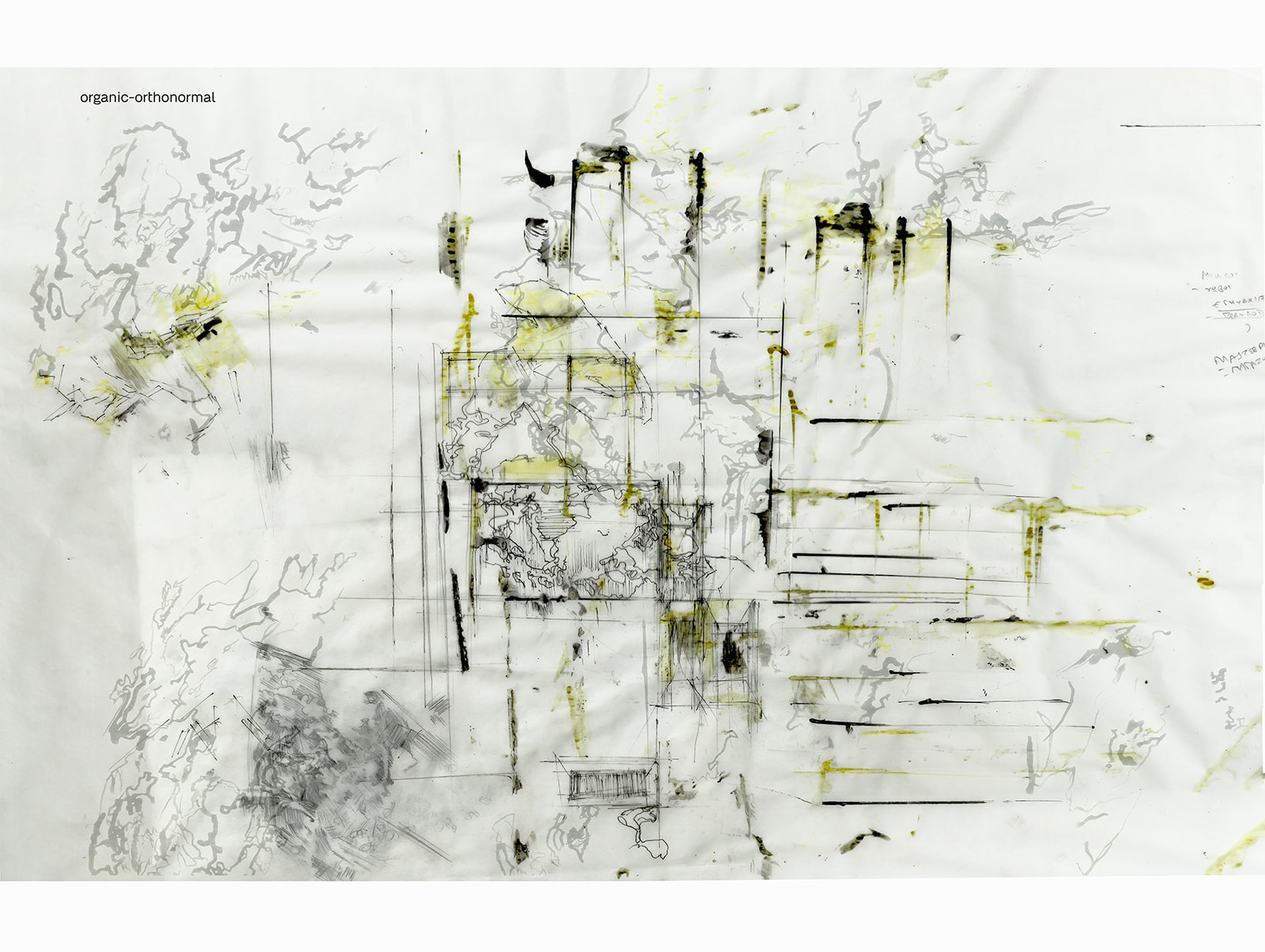 Finally, the third section (proposal) focuses on the composition of the proposal, as a deregulation and means of exploration, of an internal hybrid site. The outbursts of the landscape, as the interior of the ground in contact with the hidden interior of the body. Transitions and negotiation of concepts are activated from its surface, not in the context of a coherent building solution. But a system composition in assembly, the possibilities of mental connections. 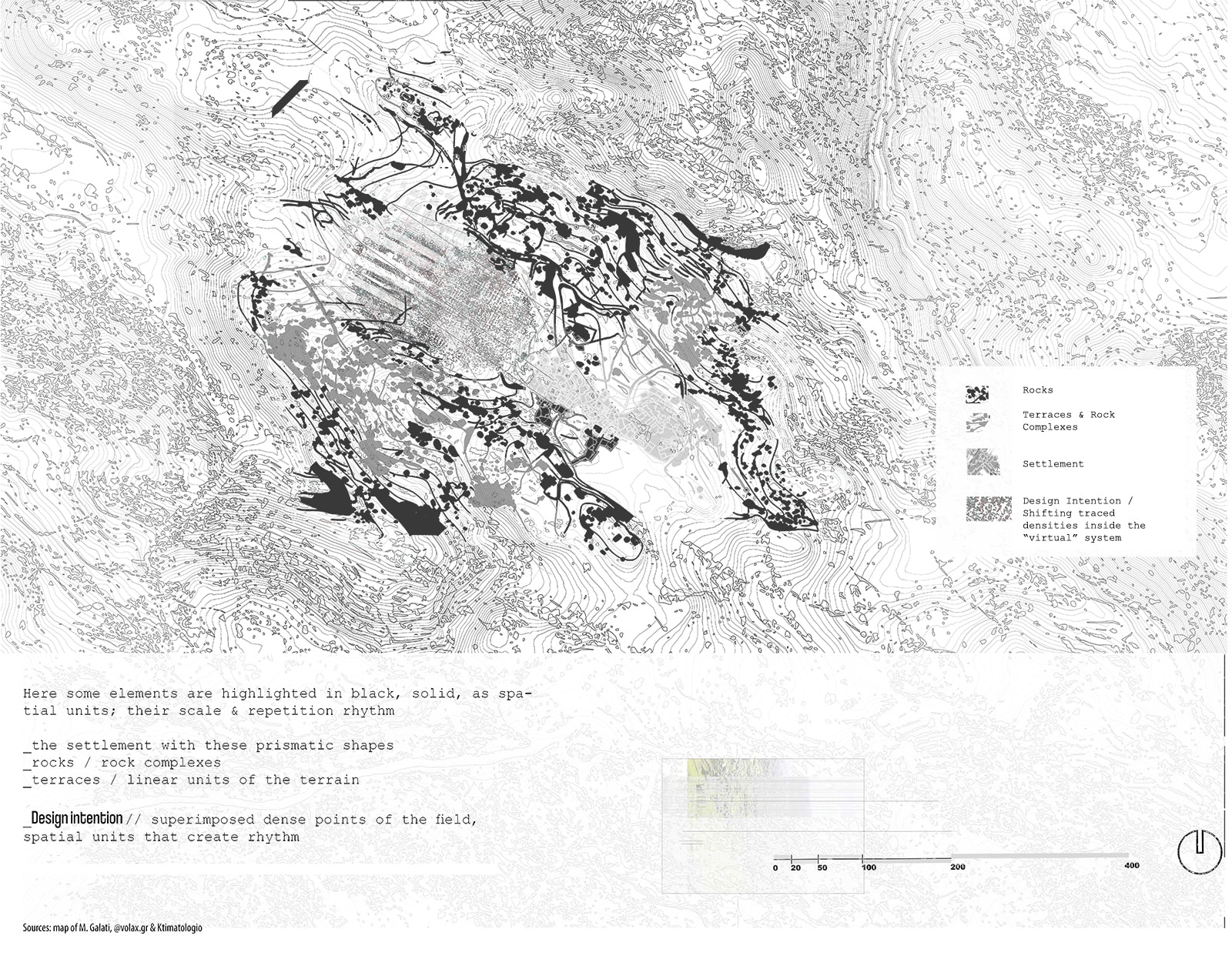 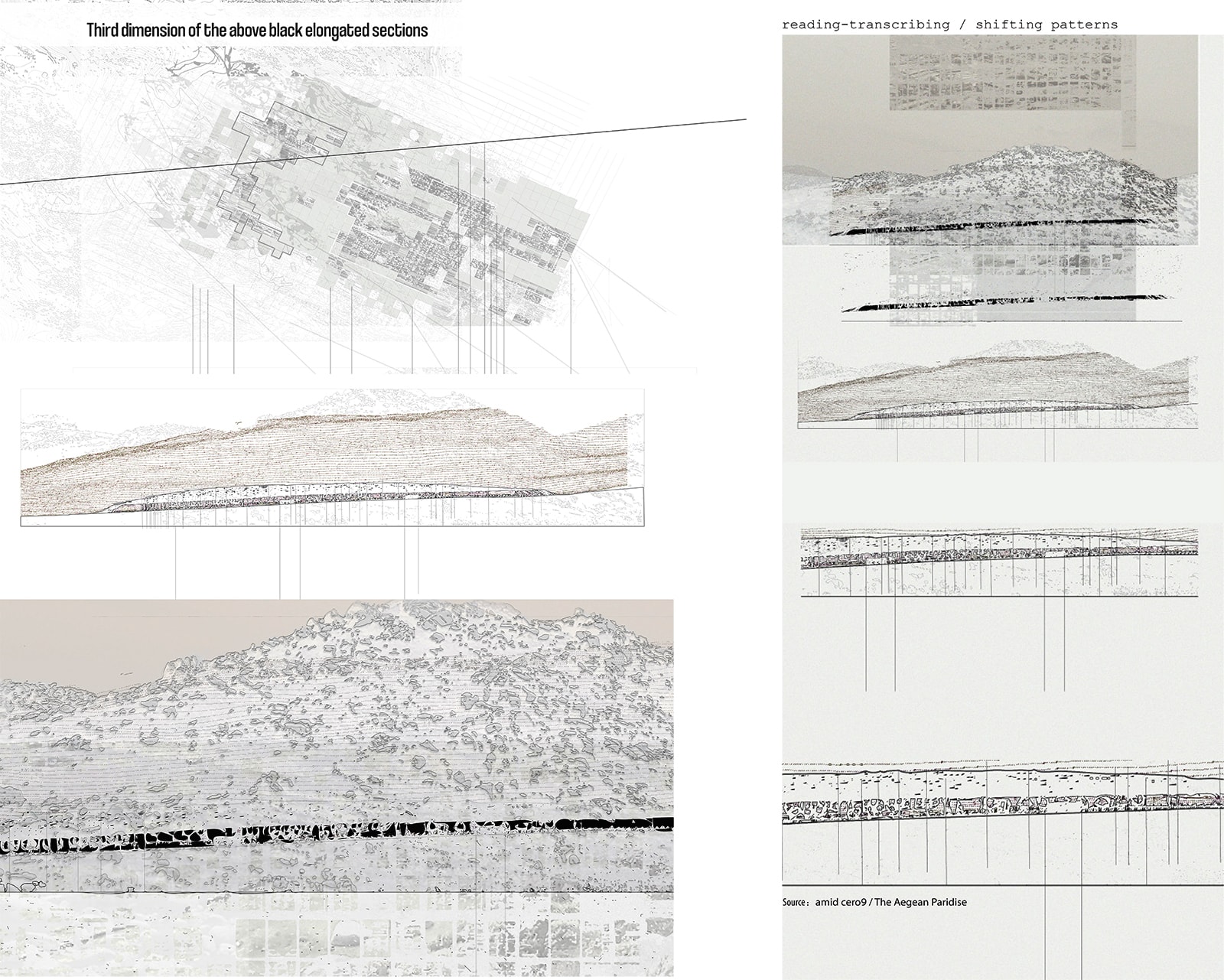 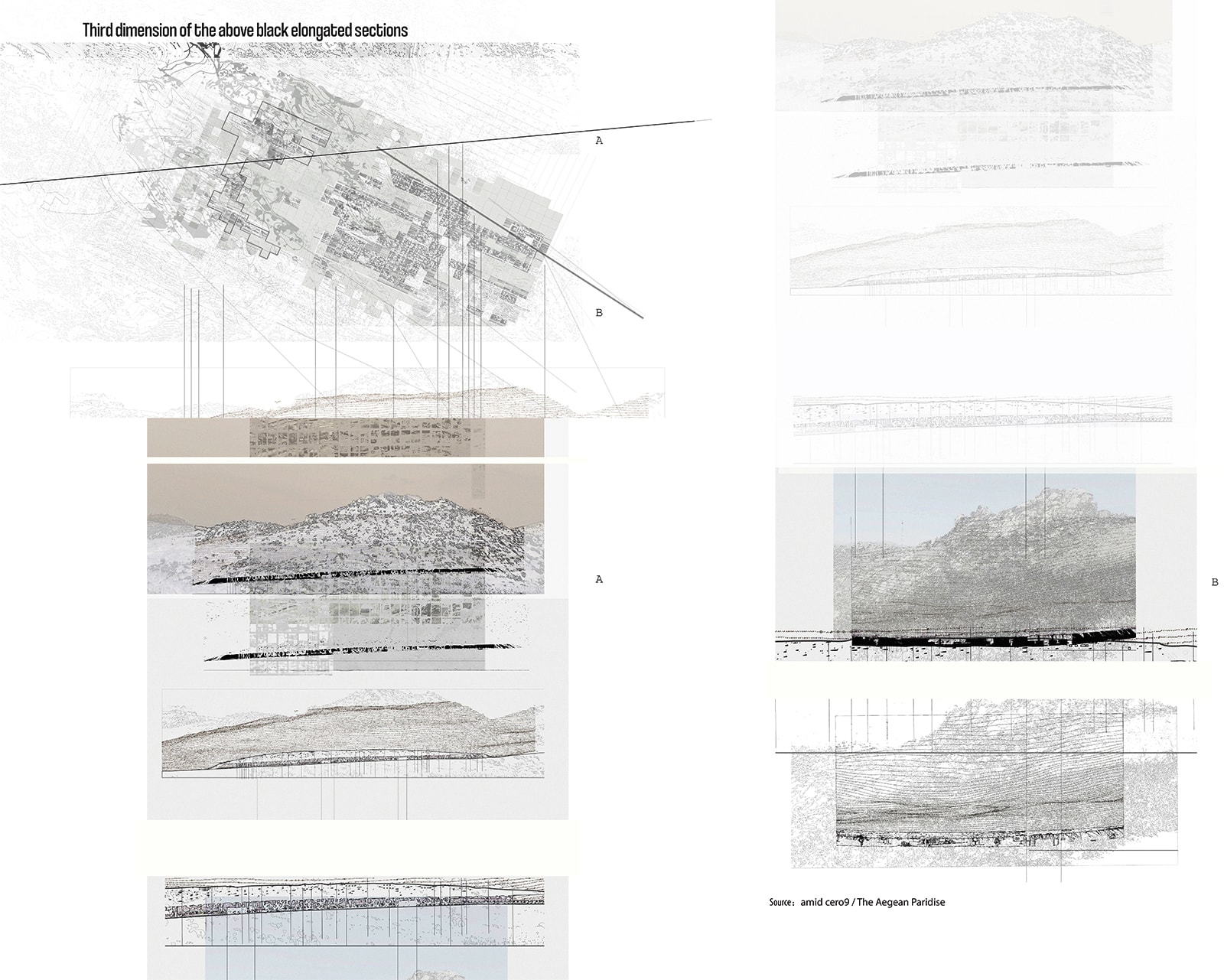 The placement of a sequence of differently influenced generated spaces, non-hierarchical frames, is chosen one after the other, using the vocabulary developed. A process that attempts to engage spatially with the primarily destabilizing reasons of Volakas, an element of surprise. Orientation-space-rules-disassembly-functionality-repetition, as scales of analysis. Elements of human coexistence with the landscape · From more “recognized” architectural spaces to more “strange”, in an explosion as if disturbed. 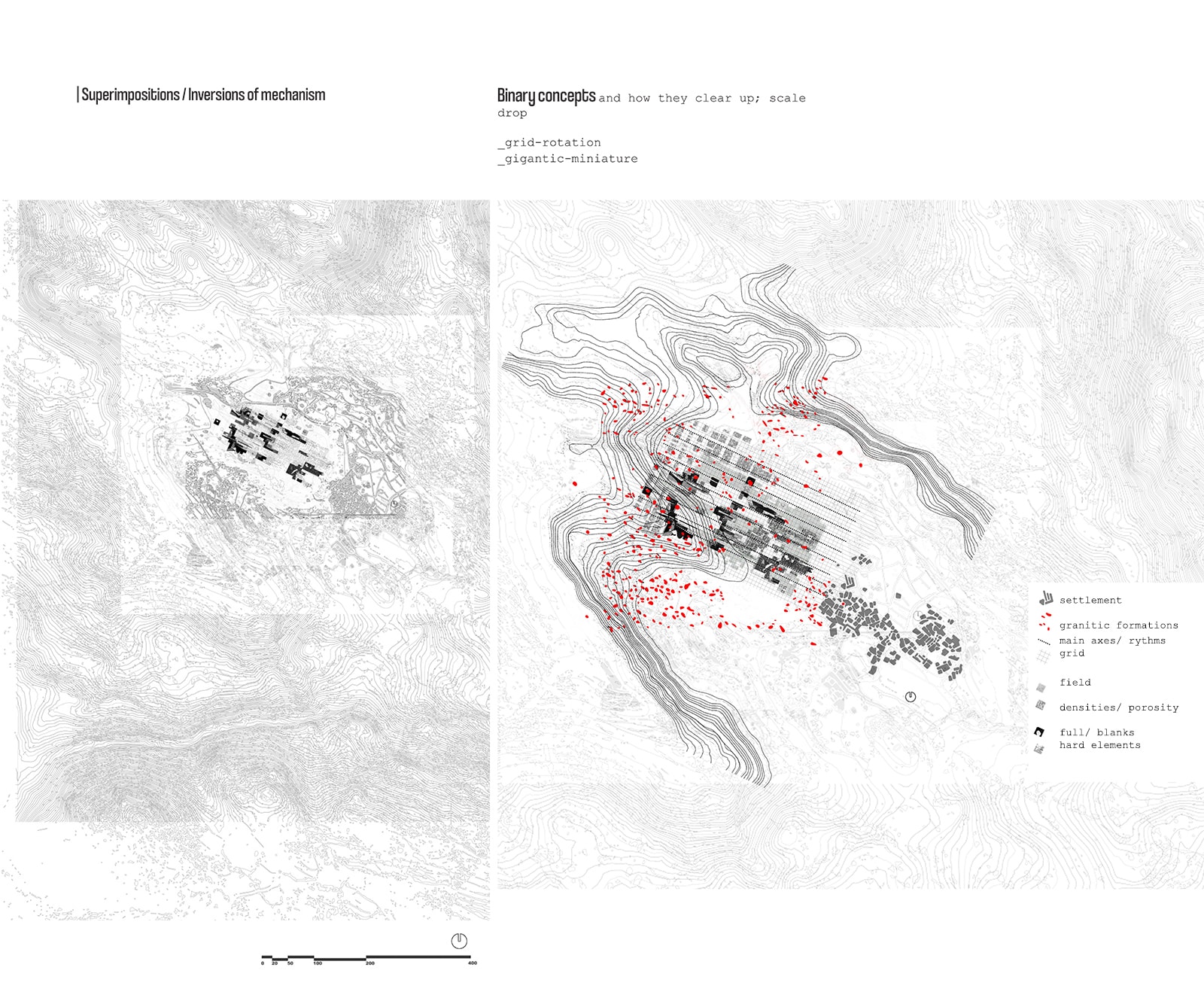 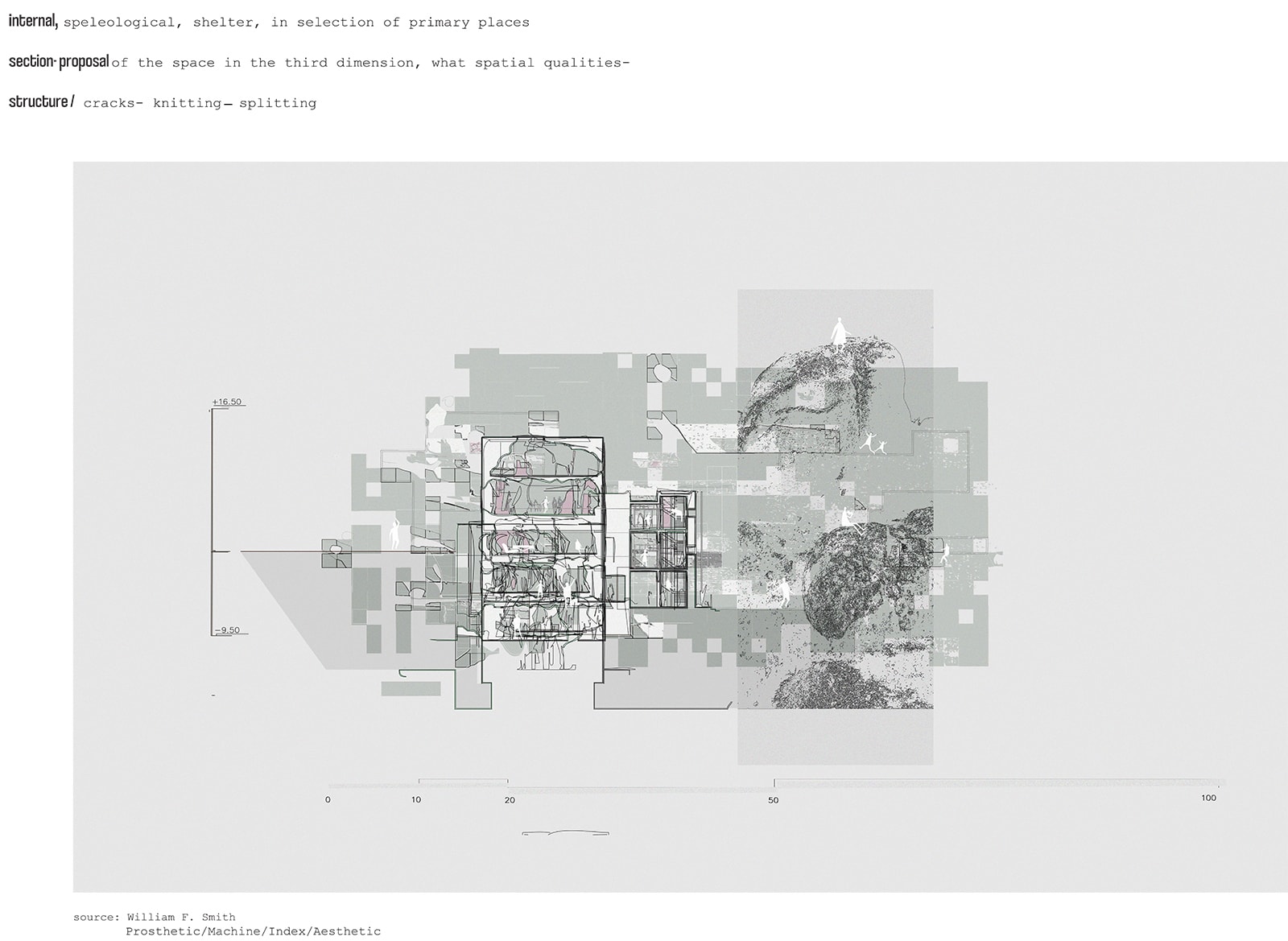 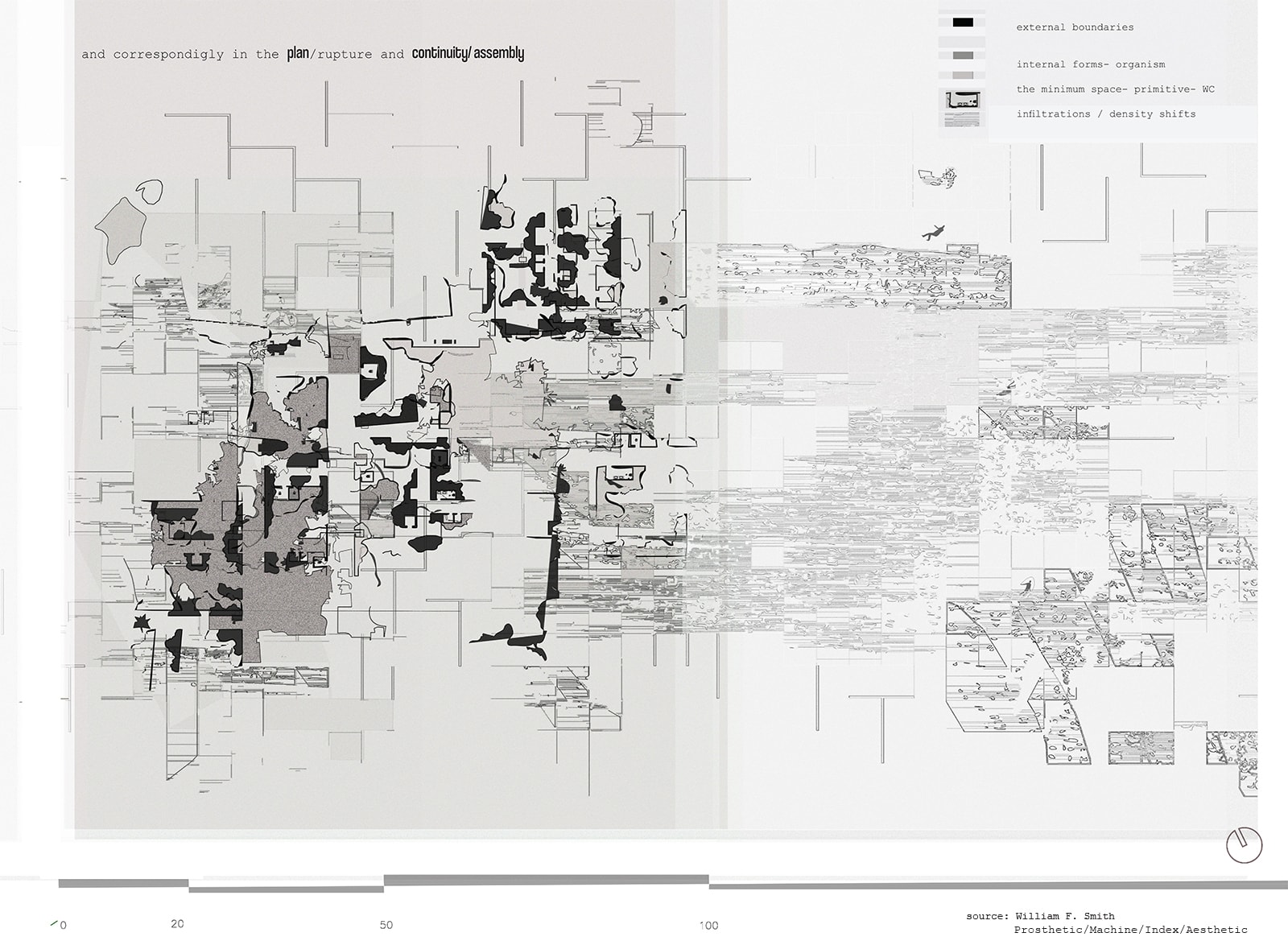 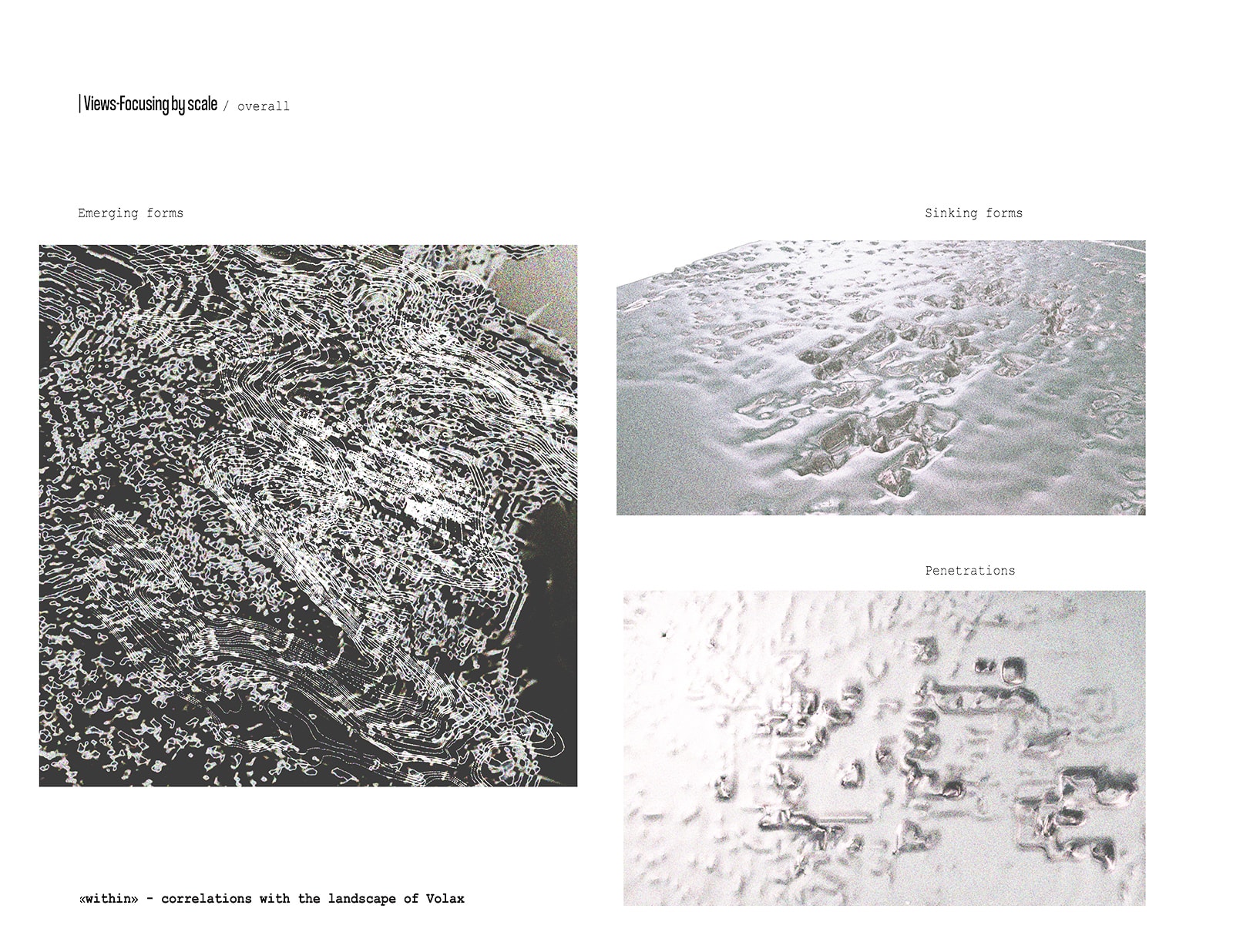 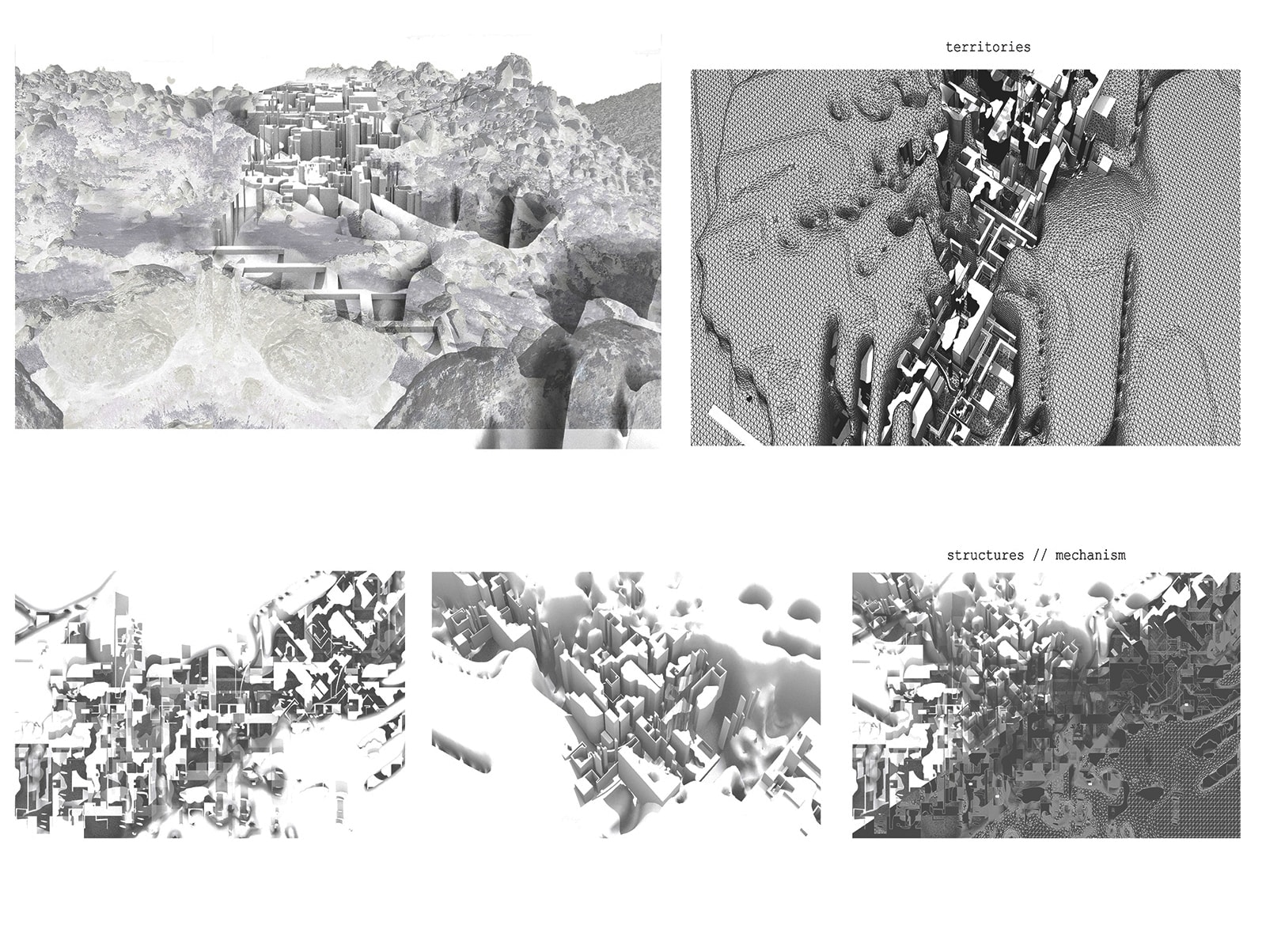 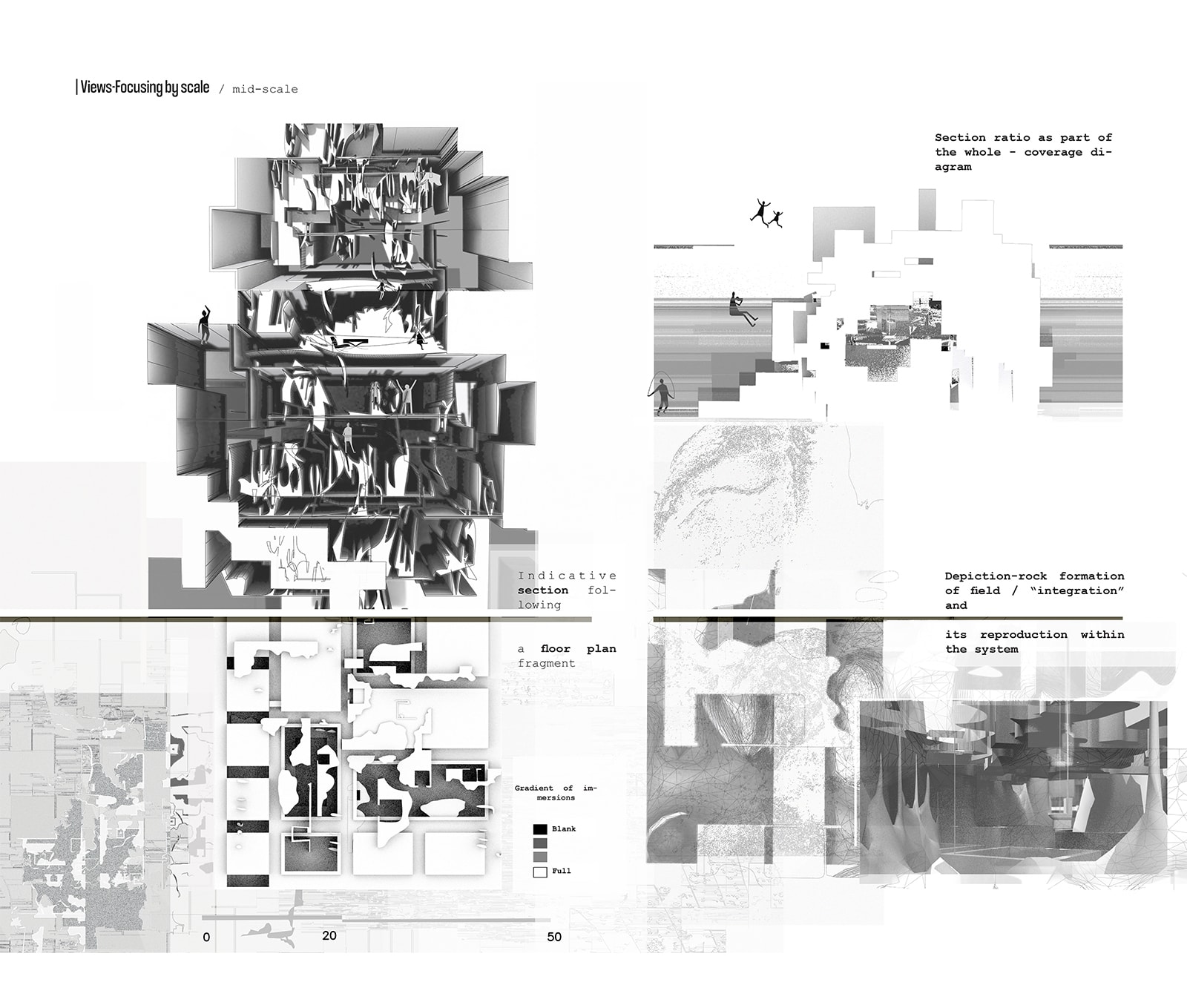 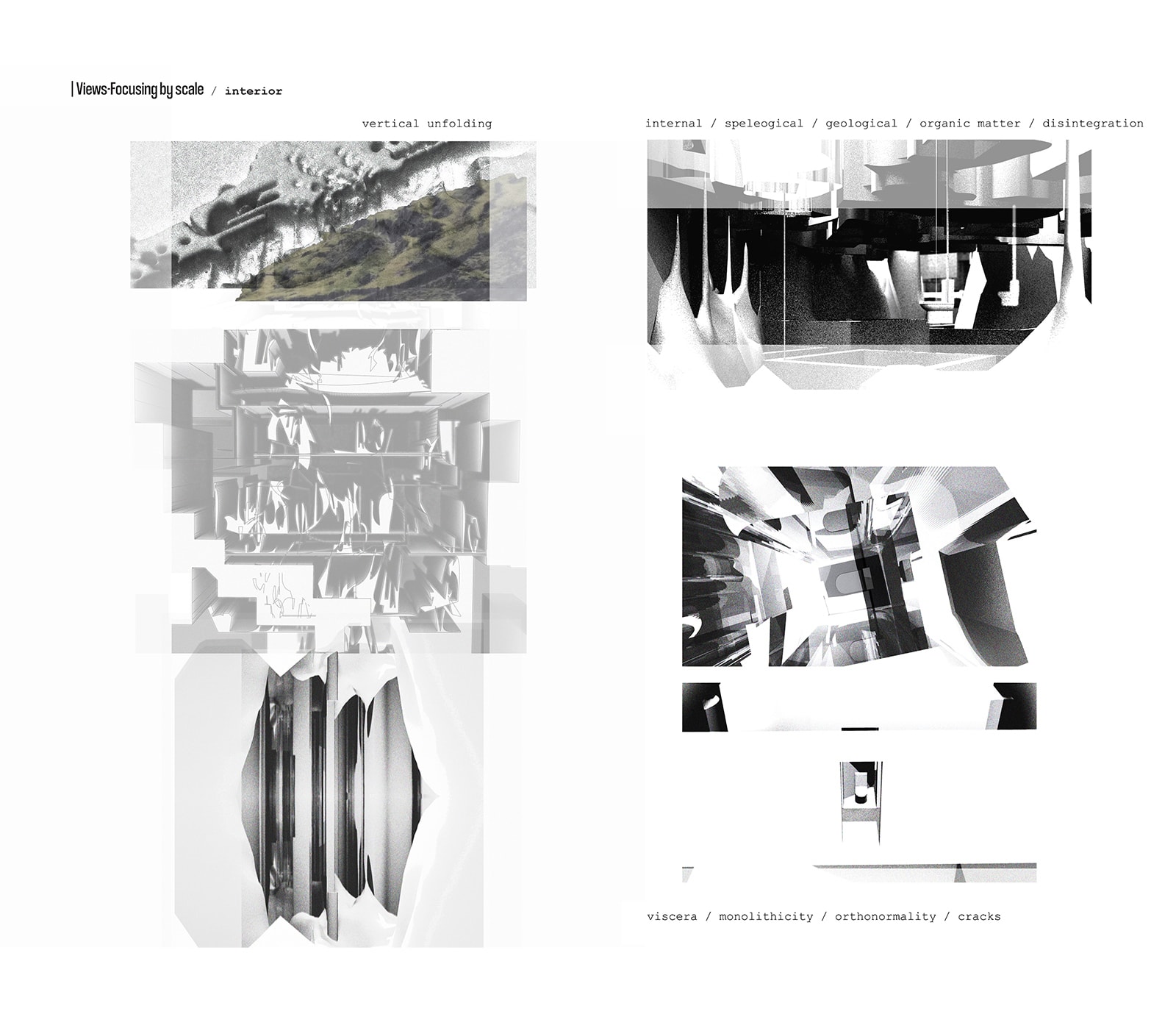 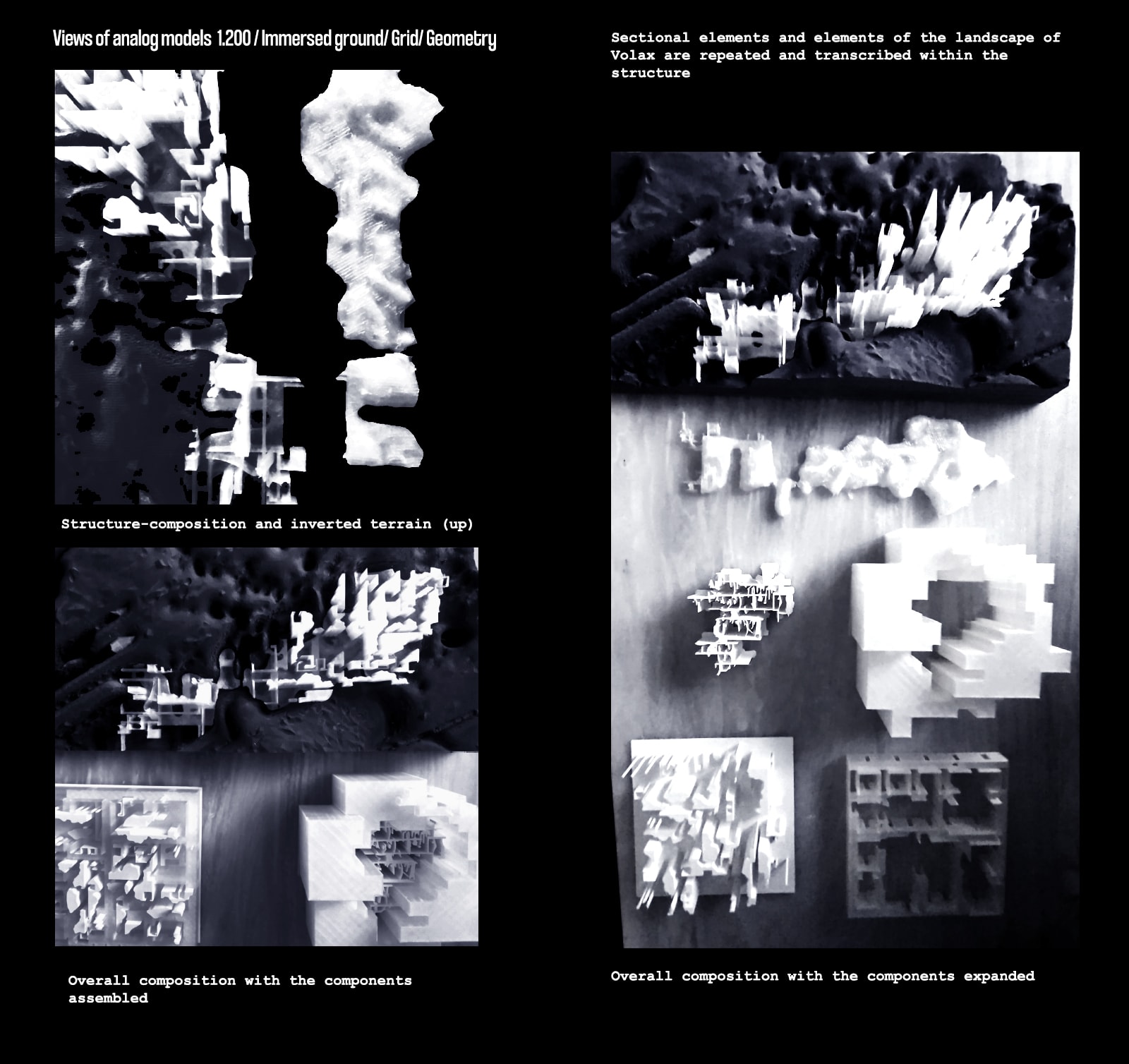 Project title Volax Tinos, as a field of assemblages

Other Credits: Decode Fablab- for the fabrication of the physical models