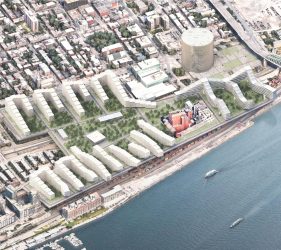 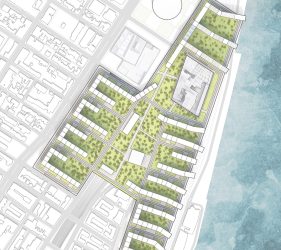 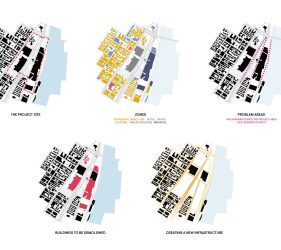 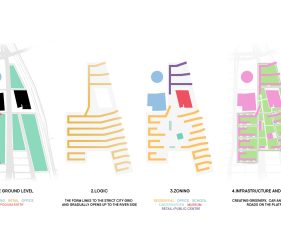 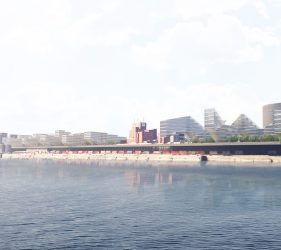 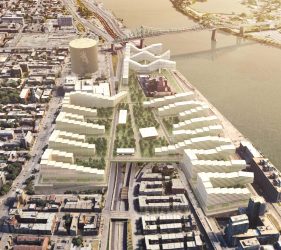 The Platform is the new stage in urban planning which demonstrates a new way of dealing with problematic urban areas, using a district in Montreal, Canada as an example.

Not far from the city downtown there are 35 hectares of land that haven’t been used for many years. However, this is not just a wasteland or a grey area. It has the first beer factory along the river side which is an excellent example of industrial architecture. Nevertheless, it was sold and a part of the factory is planned to be converted into a museum. There is also a radio station headquarters that has been moved to a new building next door leaving the former office empty. Correspondingly we have a large site with unexploited land and buildings which has capacity to be transformed into a state of the art neighbourhood.

The Platform concept derives from the idea to create the connection between the city and the river giving free access for people and creating a comfortable urban environment.

The main problems of the site are highways and railroads. They separate the area into several parts creating an unfavourable environment for people. In order to solve the problem, it was decided to demolish abandoned structures and overlap the site with the Platform. It covers only empty land bypassing existing buildings. There are retail and parking zones on the ground level with road access to the Platform. On the upper level is a neighbourhood with residential, office, educational and public buildings.

Project Type: Platform is a neighbourhood in Canada which includes residential, office and public functions.