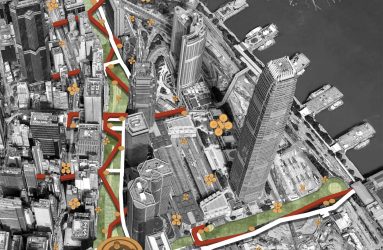 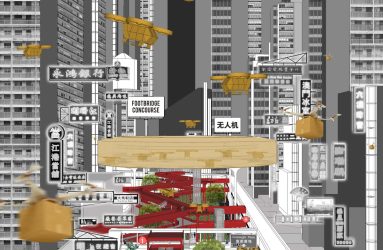 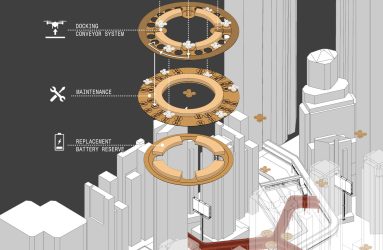 “Footbridge Concourse” speculates Hong Kong’s urban environment where infrastructure for autonomous drones facilitates the mitigation of vehicular transportation to the air and transform roads into public streets and parks.

Hong Kong’s great footbridge network is the result of bottom up solutions created by different parties to address the immediate urban needs over the years. It eventually formed an extensive network that extended throughout the urban fabric of the city.

The proposal aims to integrate drone infrastructure with the great footbridge network as it connects the existing streets with buildings and nodes. It is conceived through a series of elevated public platforms that explores the possibilities of air space above roads and highways as it has always been constrained by vehicular movements on the ground plane. The platforms attach to Hong Kong’s great footbridge network serving as new infrastructural extensions. These platforms serve as the systemic distribution of drone facilities such as landing pads, drone retail kiosk and boarding concourses. The footbridge and new extensions are all connected to a circular drone hub for control, charging and maintenance for passenger drones that circulate within the hub through conveyor system. The drone hubs scatters all over Hong Kong forming an interdependent network of drone infrastructure.

A realistic proposal on how technically and considering urban reality of a city like HK. Interesting understanding the reality of current drones and adding the potential necessity for UAM to be more a urban design project than a enginering proposal. 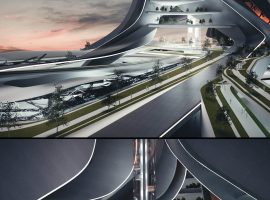 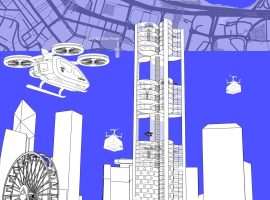 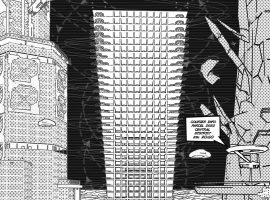 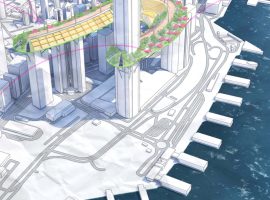