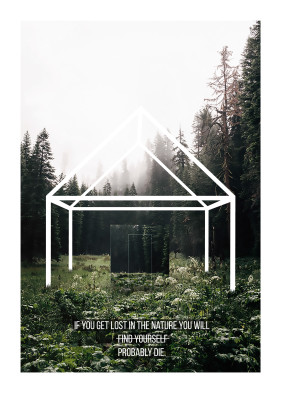 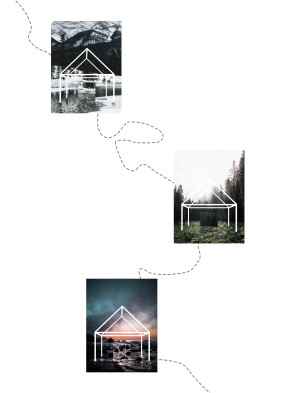 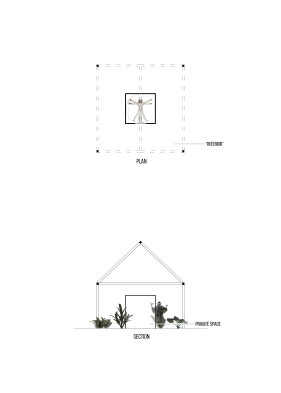 In the world of new media and communication shouldn’t we recover our awerness of reality?

serves as a marker of presense in which a mirrored glass box is placed, that disolves in any landscape.

travel in a “primitive” way but regain connection with nature?

It’s the journey that counts, not the destination ! 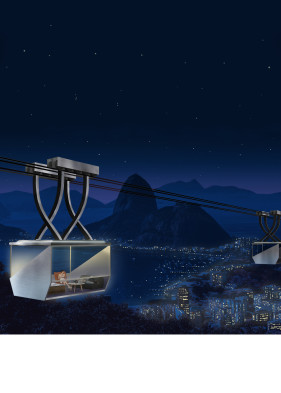 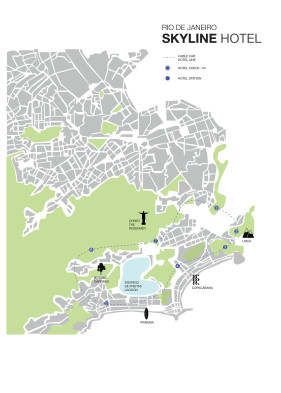 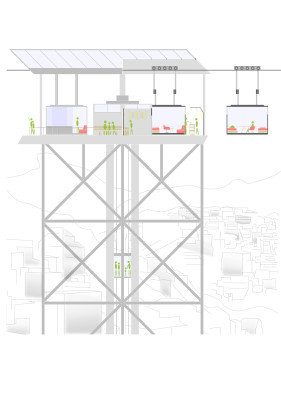 Sleep Above the City

At SKYLINE Hotel, your room is a destination; and sleep, an integral part of the experience.

SKYLINE Hotel offers a unique approach to the hotel concept by creating a network of cabins suspended 400 meters above Rio de Janeiro, Brazil. Upon boarding their cabin for the night, guests will embark on a journey through the city from an entirely new perspective. They will experience panoramic views of downtown Rio, its infamous beaches, and Brazil’s coastal mountain ranges; enabling them to revisit places they saw that day and discover new sites to visit tomorrow. To embark, guests will check in at the main station in Flamengo, where they can dine or visit the observatory as they wait for their cabin to arrive. From here, their party will begin its route throughout the city with satellite stations at Rio’s major attractions, including Copacabana, Ipanema, and the Botanic gardens. Guests can hop on and hop off to explore these sites and the surrounding neighborhood. When ready to continue the journey, visitors may check the status of their cabin’s location through the SKYLINE app and board at any one of the seven stations. It takes approximately two hours to complete the loop once and twenty minutes to travel between stations, each of which will house restroom facilities, refreshments and incredible lookout points. As night approaches, the cabin will be the perfect place to watch the spectacular sunset this city has to offer. Guests can pick up a bottle of wine and unwind while they wait to experience Rio de Janeiro’s incredible cuisine and nightlife. After retiring to their room, visitors will drift off into sleep floating in between the city lights and a blanket of stars.

The Retreat at Koonalda Homestead 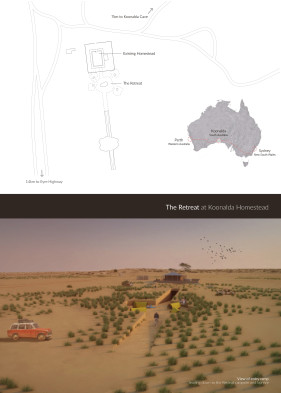 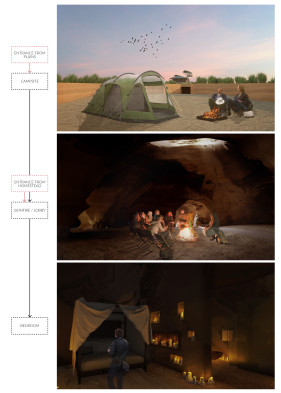 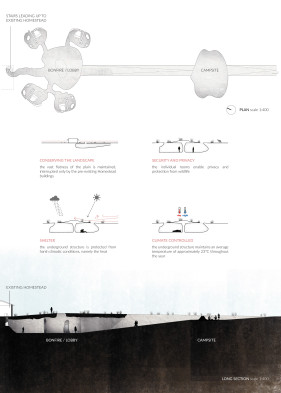 The Retreat is an underground extension of the Koonalda Homestead, a space that presents travellers the opportunity to disappear temporarily from the surface of the earth and revel in the peaceful isolation offered by the secluded location. The hotel sits beneath the Koonalda Homestead, a campsite that had once served as a stopover for food and fuel to travellers crossing the Nullarbor Plain via the old Eyre Highway.

The Nullarbor Plain is a part of the area of flat, nearly treeless, arid country of South Australia. Crossing the Nullarbor is considered by many Australians to be a quintessential journey in order to experience the ‘Australian outback’. The journey begins from either the Western or Eastern end of the continent, involving long drives along endlessly straight roads surrounded by nothing but deserts and the occasional town. Plenty of rest areas doubling as free camping grounds can be found along the road, as well as paid accommodation for those unwilling to sleep in their car or in a tent.

The Koonalda Homestead is 14 km north of the Eyre Highway. The road leading up to it is unsigned and notoriously easy to miss, inviting only the tenacious traveller to visit. The Homestead campsite is made up of an old petrol pump building, a house, as well as a sheep shed. Nearby sits a ‘car graveyard’ made up of an assortment of old cars that have been left behind in the plains, never to be driven again.

The Retreat acknowledges the vast openness of the featureless Plain upon which it sits. Its subterranean nature allows the desert landscape to remain flat and uninterrupted, and pays tribute to the karst landscape of the Plain riddled with natural caves and sinkholes. The Retreat can be accessed via a simple ramp south of the Homestead campsite or through a set of stairs found within the Homestead building itself. It features a small campsite set 1 m beneath ground, enough to shelter outdoor campers from winds. Another ramp then descends from the campsite down towards the Retreat proper, ending in a cave that branches off into individual bedrooms. At night, a bonfire greets visitors as they enter the Retreat.

The relative luxury of the Retreat juxtaposes the camping experience offered by the Koonalda Homestead campsite. It derives its opulence from the relief of climbing into a soft, warm bed orstepping into a hot bath after days of sleeping in a cramped car and washing by the roadside. It allows visitors to indulge in the peace of the desert as they descend beneath the surface of the earth, safe from the harsh arid climate of the Nullarbor Plain. The next morning, the visitors reemerge from the embrace of the earth, well rested and ready to take on the rest of their journey.