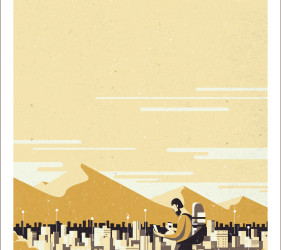 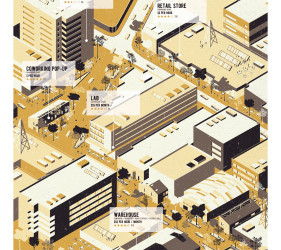 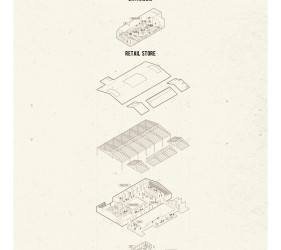 A CITY FOR THOSE WO HAVE STAYED

The economic crisis, hyperinflation and shortages, have caused 2.3million of Venezuelans to flee the country since 2014. But the crisis has had another outcome, it has pushed people to find creative solutions, and now there is a movement of entrepreneurs who have decided “we are not going anywhere”

What if the entire city is a big coworking space for those entrepreneurs who have decided to stay?

In the coworking city where previously there were abandoned spaces, buildings and industrial zones, now there is a network of working spaces so entrepreneurs can choose where they want to work depending on price, time, location.

An old industrial zone of the city has now turned into an innovation district. In this cluster of working spaces, the streets serve as an urban lab, a place where entrepreneurs can gather and test innovative ideas.

Used to be of a family member, but now it’s your 4m2 private office.

A broke retail store, now a 230m2 of coworking space for freelancers and small startups.

An abandoned warehouse is now the biggest coworking/ community gathering space with 3164m2 for any size business.