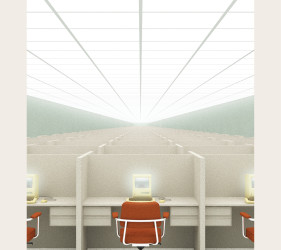 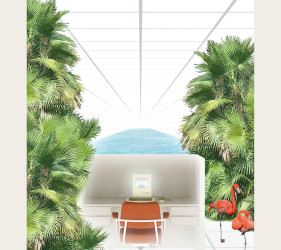 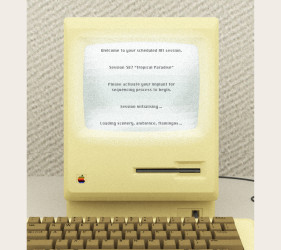 We live in a world where we process 43 million terabytes of digital data everyday. We find ourselves becoming lost in an intangible environment consumed by digital data. The metropolis is expanding at an exponential rate overwriting the green zone due to the effects of population growth. We now live in a time where humans have not experienced the natural world outside the metropolis. With these effects the amount of data the world is producing is increasing exponentially which is consuming humans in order to process, now known as data processors, creating a detrimental impact on the mental state of the human mind. A process known as Ctrl-Alt-Del has now been implemented to increase productivity and to improve the mental state of humans. The State Government has issued all participating data processors an implant that is able to create an alternative environment. This process takes place every hour for each data processor allowing them to enter an alternative environment simulation to experience natural life outside the metropolis that they have never experienced before while the past hour is deleted in order for the data processor to be recalibrated for continuous data processing.