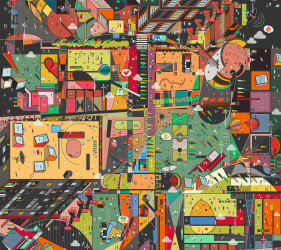 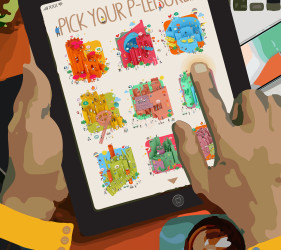 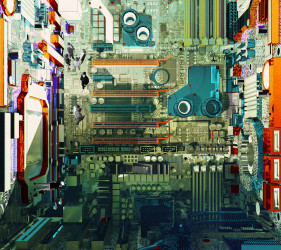 The future of the office typology is that it simply will not exist– at least not within the parameters of our current understanding of the office as a physical space to process, organize, and generate information. The Great Recession demonstrated the inherent precariousness of the American economic system; gradual collapse of Western neoliberalism coupled with swiftly advancing artificial intelligence and automation will render obsolete our prevailing ideology of work.

The notion of a world liberated from the culture and ubiquity of work is not new; this concept has been intermittently asserted throughout the history of modern capitalism. However, this vision appeared just out of reach until the relatively recent proliferation of AI technologies. What precisely will happen in the post-work, post-office future? Perhaps consumption, excess, and leisure would overtake our daily lives, and AI will take on our jobs. Perhaps the absence of work would make space for creative pursuits, enhancing our cultural productivity. Perhaps work is so profoundly embedded in our mode of operation that we would simply invent new forms of work for the sake of work. The Post-Office is a visual speculation on various aspects of these prospective realities.