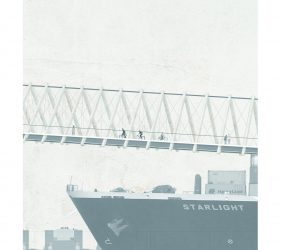 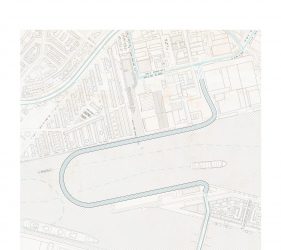 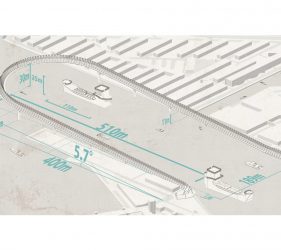 New Amsterdam is generated by Overlapping Bicycles and Boats.

Bicycles and boats are the two main forms of transportation in Amsterdam. These two modes of transportation, which are the city’s circulation, have been nurtured throughout Amsterdam’s history and have become a part of the city’s everyday landscape, getting a universality as the city’s transportation system. However They function independently of each other and do not interfere with each other. We thought their coexistence in a scenery makes the specificity of Amsterdam clear.

We would like to propose a bridge that unites these two, which have never been overlapped, in the dimension of “scale”, so that the specificity of Amsterdam can be expressed as a landscape and experience. The simple form was created by combining a scale of rational values. For example: the height for container ships, the slope for bicycles, the width of the river for free traffic, and the distance between them. With this form, the landscape of bicycles “running alongside” boats on the IJ River will reflect the specificity of Amsterdam, where two universal forms of transportation coexist in a river scenery.