Forge Bridge; the Story of the Floating Canal 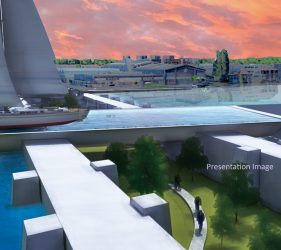 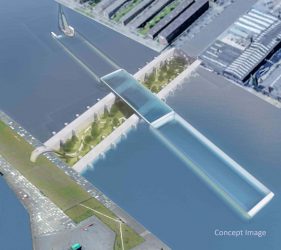 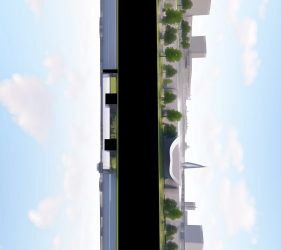 Netherlands, 14th Century: Erosion has impacted the coastline of the Netherlands creating the need to protect the settlements from the sea. Infrastructure systems are created to manage the changing sea levels and becomes the foundation of land reclamation projects.

Helvoirt, 20 September 1972: Vic Langenhoff publishes a manifesto in De Tijd calling for parents whose children were victims of automobile accidents to create pressure groups for change. This starts a national movement that advocates safer bicycle paths for the children and cyclists of the Netherlands.

Amsterdam-noord, 2025: Brian van der Heijden, a resident of the Van der Pek neighbourhood, crosses under the River Ij by way of the route available in the new Forge Bridge. The bridge uses land reclamation practices rooted in Dutch history, and the language of the cyclist that is prominent in Amsterdam’s culture in an intersecting canal that floats above a constructed park. Ships are put in a lock that elevate it safely across the canal and continue along the IJ. The park bisects the IJ with two angled dams forging a path connecting the two communities putting emphasis on the person over vehicular traffic. Brian emerges below from the park into the centre of Amsterdam.