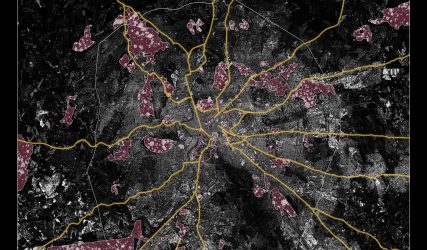 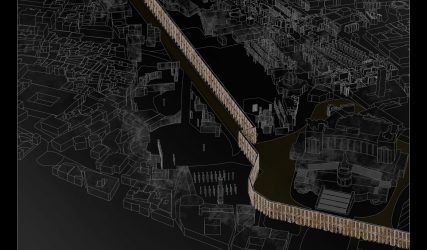 Rome, Year 0: the city became a metropolis and the need for running water is a urgent problem. The consular roads – viae consulares – connected the capital to the rest of the empire, bringing goods and travelers to the city. In the same way, the aqueducts brought drinking water to Rome from the most distant sources.

Rome, Year 2021: the metropolis is dense and rich in layers added over the centuries. 17th century palaces cover a large part of the center, reinforced concrete, as Roman concrete in the past, is used for new buildings. Now, the consular roads are tangential, all joined by a single large ring – Grande Raccordo Anulare – which surrounds Rome. It seems to divide the city from the context, the rural landscape and the nature.

The project aims to transform the consular roads into a green infrastructure, new conduits capable of transporting nature from the more rural suburbs to the city. A new green ring is added to these in the most central and historical part of the city, which runs along the route of the ancient Servian walls, becoming a circle of protected habitat.