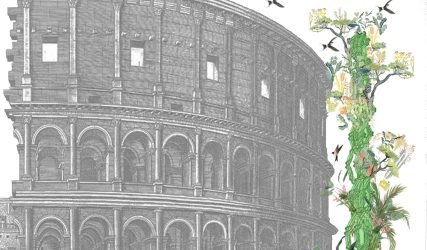 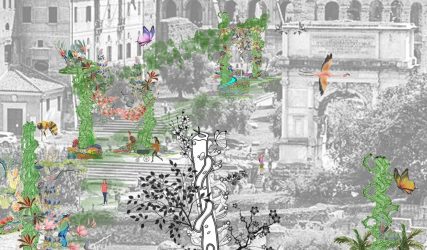 Theatrum Botanicum proposes a new kind of Botanical Garden, organized to rearticulate an idea of ‘nature’ and public life. From the fossils of plant species that existed in the ancient city, he begins to create a green route in the region where he was found by creating hotspots with a device that revives these plants.

It hosts to many livings and deaths in the city, but also houses many plants, and in archaeological excavations it develops around the Roman Colosseum, which was destroyed because these plant species damaged the structure, and spreads to the Foro Romano and Palatine Hill. It offers visitors who come to see the ancient city the opportunity to watch the losted flora of lost cities.

The device consists of a tube placed under the ground that reproduces existing and disappearing plants by reaching the genetic codes in the fossils. This tube begins to spread its roots and reaches for the fossils, copying and producing their genetic code. At the same time, it lengthens vertically on the soil and becomes tubes that surround each other, allowing it to live on these plants and creating urban furniture. Sometimes it can appear as a bench, playground, or canopy. 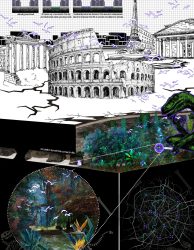