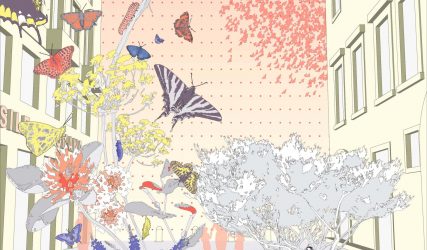 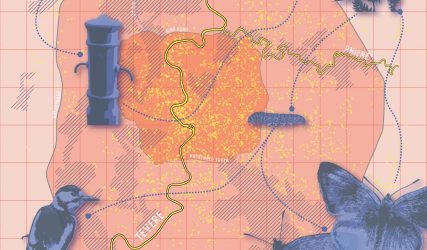 Take a stroll through the cobble streets crisscrossing the Roman metropolitan area and you will likely stumble upon a ‘nasone’ – a small fountain – dribbling clean, public drinking water out of its nose-like spout. The proposal identifies the network of ~2,500 nasoni in Rome as an opportunity to support not only public health, but a performative, biodiverse ecosystem. The intervention is simple: a butterfly-supporting planter box periodically irrigated by the nasoni, which can be iterated across the city. This creation of microhabitats plugs into a broad, complex system of urban and ecological relationships and existing efforts to support Italy’s endangered butterfly species. Energy and resources flow through the intervention; the input of sunlight and water supports plants, which in turn support insects, fed upon by birds, all of which activate the pedestrian experience and motivate participants to engage with the natural environment. These nodes of biodiversity populate the urban fabric to connect green spaces, invigorate the streetscape, and provide places of respite and discovery for people and protected species alike.