The Life Capillaries of Rome 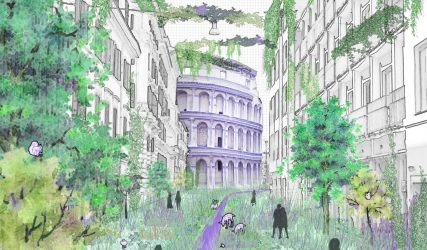 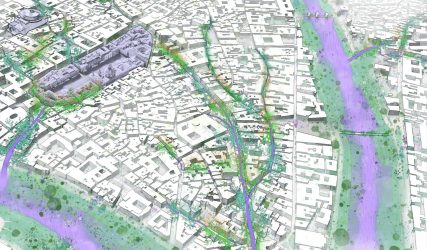 Tiber River’s floods, which is the backbone of the city of Rome, has been a big problem for the city in the past. For this reason, walls rising up to 18 meters were built on the sides of the river as a solution to prevent the river, which could rise up to 20 meters due to precipitation in the 19th century, from flooding the city. This solution completely cut the relationship between the city and the river over time. It has become a dirty channel where wastes are also dumped, so has resulted in the loss of a large part of the flora and fauna diversity in the river.

With this proposal, it is aimed to re-establish the relationship between the city and the river by demolishing the walls on the riverside, and the capillary channels caved from the river to the city spaces reserve the water in case of precipitation and prevent possible flooding. In addition, these channels create routes for the important points of the city. Thanks to the water, the biodiversity lost around the canals begins to regenerate, and after the water evaporates, it continues its green trace in the city. Thus, soil absorbency is also increased.