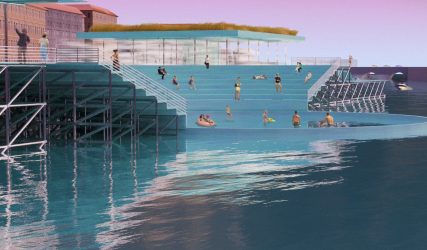 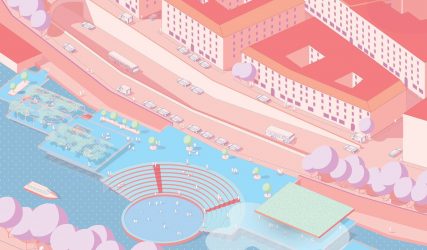 Ever since Romulus and Remus founded Rome, the Tiber has been the heart of Rome. In times past the Tiber supported the population of Rome and fostered a natural habitat for a wide variety of life . Unfortunately, the river today is too dirty to swim or drink in, turning away the population of Rome while also limiting the biodiversity of the Tiber. Tiber Planes seeks to remedy this by reintroducing Romans to their river through the implementation of a mediation zone between the street and the Tiber, allowing the user to step down to the river and even swim in the Tiber safely, through a passive filtration system. The proposal also provides activities for those not interested in swimming such as a mist room, play area, and lounge areas. Alongside these amenities, the architecture plays a role in cleaning the river through utilizing plastic waste from the Tiber and the urban environment to create the deck of our proposal. Through Tiber Planes we hope for Romans to have a renewed appreciation of the river, hopefully spurring them to take better care of it, leading to a revitalization of the environment.