The Dream of Rome in The Tiber 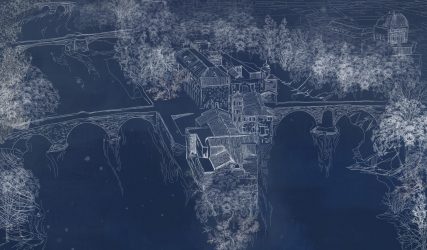 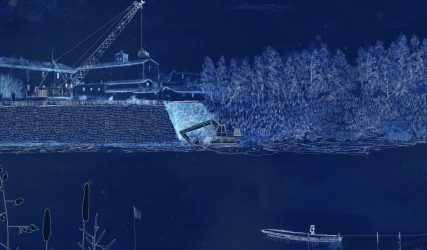 In Virgil’s Aeneid, the river god Tiber appears to Aeneas in a dream telling him to build Rome on its banks. For millennium, Rome and the Tiber lived in synergy; Romans revered the river’s power as a place of bountiful life while tolerating its transgressions, aware that Rome stands in the Tiber’s floodplain. The construction of massive embankments on the Tiber through the heart of Rome 100 years ago severed the river from the city. Walled off and set far below street-grade, the Tiber has become a forgotten canal of contaminated waste and pollution.

Therefore, this design response to “Re-nature Rome” returns the river to the city by calling for the deconstruction of the embankments.

Instead of walls, accessible slopes of highly productive riparian habitat would reinstate a vital ecological corridor through the city. In the ecotone of city and river, the banks would once again be a key place in the landscape and imagination of Roman life. To re-learn how to live with nature, the Western project of subjugating autonomous forces must be dismantled; it is time to move beyond inhumane walls and dream of a city in a river once again.