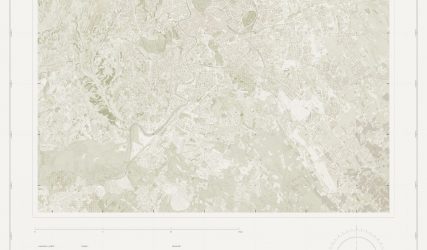 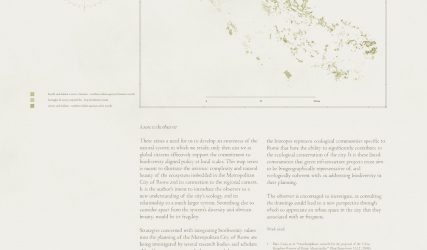 On the topic of strategies concerned with implementation of successful green-infrastructure in the city of Rome, data and research related to the scientific aspect exist in abundance. For example, since actual vegetation serves as an accurate proxy for overall ecosystem complexity2, proposals aligned with contemporary thought should advocate to broaden the distribution of woody species that are representative of potential endemic vegetation palettes of the Rome Ecoregion3.

Despite it being noted as crucial, consulted literature lacks investigation into potential social solutions to the problem. Objectives such as developing pro-environmental awareness and commitment for biodiversity at the local scales, promoting a sense of community between urban and rural areas, or facilitating collaboration between social and natural sciences.

The intention of this proposal was to be didactic in its approach and to address a barrier to facilitating meaningful advancement in green infrastructure planning in our cities – namely, to engage the citizen in hopes of developing a sense of identity and personal affiliation with the natural environment.

This series of printed maps is meant to illustrate the embedded ecology of Rome and its connection to its regional contexts, with the aim to express the diversity and fragility of the city’s ecology its citizens.