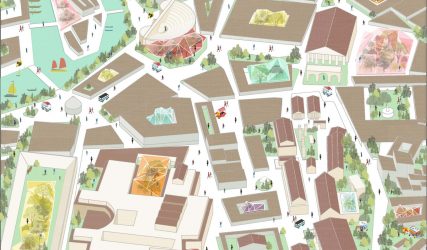 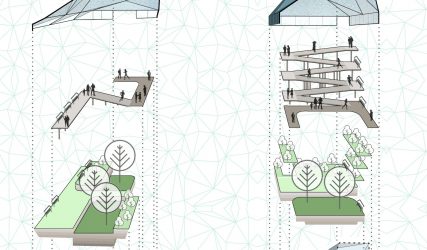 “Veni, Vidi, Vici” – humans have a penchant to come, see, and conquer whatever crosses their paths. We only preserve resources that are monetarily profitable, while ravaging them to paucity. The fading remnants of natural habitats worldwide is devastating evidence of this arrogance.

The Eternal-city of Rome is populated by parks built throughout its history, which are now degrading due to urban pressures. Terraria attempts to combine an ideological adaptation of an urban park with an architecturally unexplored concept of a Terrarium, to permanently change the ecological boundaries in cities. The idea is to create micro-ecosystems in the fabric of Rome, by sealing biodiversity in life-sized Terrariums.

The self-sustaining systems will combat environmental challenges such as urban heat island effect, pollution, and loss of natural habitat. While the formal strategy introduces a new typology of accessible and vibrant public space in the city.

Terrariums are introduced into urban typologies such as heritage, Tiber-edge, neighbourhoods, parks, and plazas within Rome. Adaptive reuse is implemented, infusing new life into abandoned heritage. Colosseum, once a theatre for gladiatorial contests and public spectacles is reimagined as the centre-stage for a mega-Terrarium, filled with ornamental flora that once adorned the walls of its own grandiose skeleton.