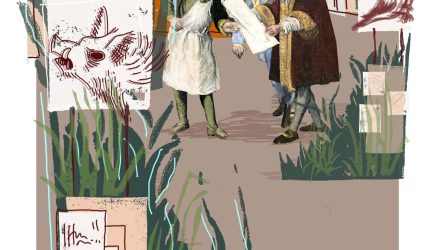 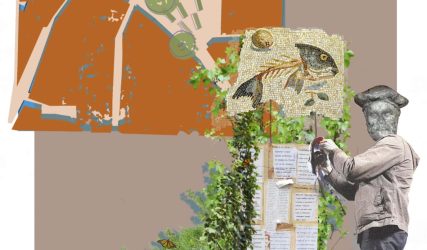 The tiny Piazza di Pasquino is home to the best-known of Rome’s six “talking statues.”  Since medieval times, people have anonymously attached their opinions to the statue to criticize abuses of power by corrupt public officials.  These criticisms are usually in the form of irreverent poems or quips, better known as pasquinades.

This project imagines five small, interactive green walls for Piazza di Pasquino, created in the spirit of the original talking statues.  These “green statues” are made to be interacted with; people can use them to voice contemporary pasquinades for our rapidly changing environment.  Each of the green walls portrays a different animal impacted by human activity, from to the rapidly proliferating wild boar to the endangered dusky grouper.

In addition to their function as public art, the green statues provide a small oasis of food and habitat for the wild creatures of Rome.  The project invigorates a piazza originally used for parking and provides green space amidst the cobblestones.  It also ignites a conversation about biodiversity and its place in culture and tradition.