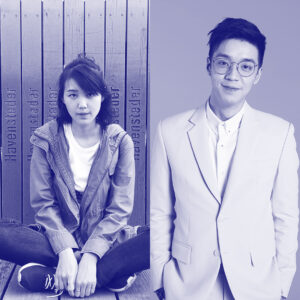 Rapa Surajaras and Ratchu Surajaras are originally from Bangkok, Thailand, we are siblings. Currently, Rapa works as a landscape architect based in Rotterdam, The Netherland, and Ratchu works as a landscape architect at SWA Group, Sausalito Office in California, United States of America. We are motivated by a research-driven design approach that creates a better understanding of human and natural issues. Rapa and Ratchu believe that the design process can pursue a better living for humans and nature in an adaptive way.

Participating in a Non Architecture Competition provided us with an opportunity to be out of the box. The brief was well narrated and broad enough to let us explore something unfamiliar. We have done quite a research to unfold cities worldwide’ crucial future issue according to the climate change that we used as the main scenario and identified the word “future.” Simultaneously, the term “Future” and “Public Space” were redefined in our design proposal. Finally, all those ideas and thoughts need to be compressed into two drawings; we found that was the most challenging section. Overall, we enjoyed every moment of working on this competition. It energized us to think about how much design could do to shape the environment as well as the way of living for societies. 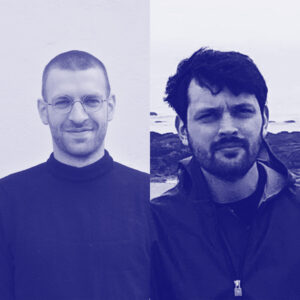 Thomas is a French architect, interested by the history of construction and building processes as a representation of social, economic and symbolic dynamics of our society. He actively thinks that the architecture production needs to re-think its relation to the industrial production.

Antoine is a French architect and PhD candidate, he is interested in the complex relations between space, architectural forms and political performances. He is dedicated to researching the means for architects and designers to express a political engagement through their practices.

Participating in the competition :

For this competition, we tried first to understand what public space meant for a contemporary city in a global political context. We tried not to rush into filling space with design too fast because it is usually the first response architects would make. We proposed instead to re-think the role of designers and architects in a public debate not by modifying space itself but by suggesting devices that would enhance the potential of a spatial expression of political and social practices.

Working for this competition has been much fun to us as it forced us to think out of the box of traditional architectural framework. 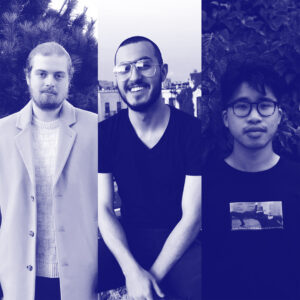 Aaron is an American urban designer based in Detroit, Michigan. He is currently working in collaboration with underserved communities to inspire and create localized urban design strategies that provide examples for cities of the future.

“It is always an exhilarating opportunity to collaborate on a project that inspires and discusses solutions for the urban future. Personally, I found the project requirements and design freedom an invigorating challenge from which to develop a purposeful and visionary proposal on the topic of public space— a proposal to build on moving forward in my career.”

“The iterative concept multiplicities that emerged from this experience have been absolutely invaluable. The design freedom unlocked the refined gem that brings to light an opportunity for future public space.”

Jason is an architectural designer and recent graduate from The University of Detroit Mercy. He enjoys learning and creating projects which integrate and draw from multiple disciplines to redefine current landscapes. He is also interested in the ways in which architecture and public spaces can act as a social and environmental catalyst in dense urban spaces.

“Participating in the Future of Public Space competition has given me the unique freedom of pursuing my interest while also providing a challenge from which to learn from. To me, this project illustrated the beauty of how limitless our future world can be if we all open ourselves up to the possibility of the unknown to create spaces that address multiple issues within society.” 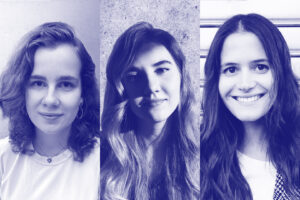 We are Elizaveta, Alisa and Natalia, young architects from Russia. Our team was formed during our Master’s degree at Politecnico di Milano. Although we have separate career paths at this moment, our similar backgrounds and design strategies united us for project collaborations. We think of architecture as a multidisciplinary art form and we feel an obligation to push the boundaries of traditional design, taking into consideration the needs of modern communities.

NonArchitecture competitions became a platform for freedom of form, ideas and graphic representation for us. When we design for the future, we use experimentation as a key tool to face the task. Furthermore, we analyse the current global social and urban trends to paint a vision of what a city of the future might demand. 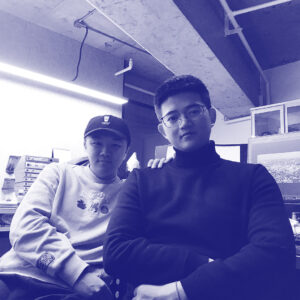 by He Zhaoxiang & Yang Daxu

We are two contestants from Xi’an, China. He is a graduate student, and Yang is a professional architect at work. We have a solid foundation of friendship. When he wanted to have a competition experience as a student, he found Yang. I learned about the competition on the Internet and was very interested in it. For two months, I have been working together, discussing and revising with each other. Finally, the results are achieved. 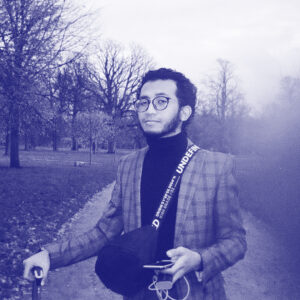 Ali Shazali is a Part 1 Architectural Graduate from Manchester School of Architecture, UK, practising architecture in a Malaysia based firm while working on series of personal artworks at the same time to be exhibit in the local art galleries.

‘Future Public Space’ is a good initiative to rethink what would the public space feels like in the future, probably 10 years from now on. It offers participants a platform to explore and experiment possible typologies to propose on a space of highly accessible by the public while being challenged by contemporary issues such as the global pandemic and climate change. The exciting part is all of the ‘conditions’ mentioned have to be too organized into neat archives of ideas under the overarching theme of ‘Living Together.’ The outcome of this competition should become the catalyst or kick-start to at least leads us to a better life if not solving the problems holistically.

HONOURABLE MENTION: Free Wi-Fi (that comes at a price) 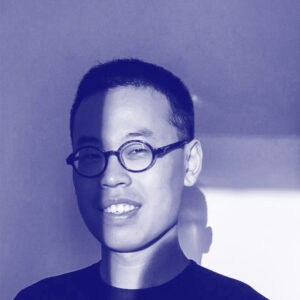 I am Hongming Liang, a recent architecture graduate from McGill University in 2020. Participating in the Non-Architecture competition allows me to explore different media and methods of representation. I also particularly appreciate the level of freedom allowed to tackle the rather large yet relevant problems, as I believe the variety of the solutions is crucial if any of these problematic situations proposed are to be dealt with in reality. 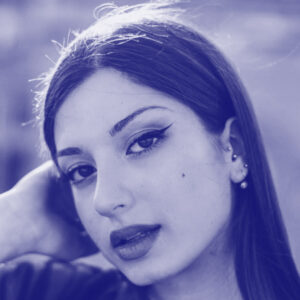 Anastasia Milonas, born in 1999 and raised in a small town in Greece. She is currently obtaining her bachelor’s degree in architecture design at the University of Nicosia in Cyprus.

“I am an architectural student and artist currently based in Nicosia, Cyprus following a bachelor’s degree program in architecture design. I do not have specific profession-oriented goals for my future, but I do find my mind in a constant state of exploration trying to discover new opportunities and embrace every new path put in front of me as an experience needing to be explored. Studying architecture and participating in various workshops has allowed me to gain the necessary skills needed to understand the design process, train my mind towards problem-solving and being in a constant state of research. Having grown up around nature most of my life, it has had quite an influence on me, by inspiring me with its natural patterns into its functions and forms of various scales and the connection they hold between them. One of my main concerns is the physical, mental and spiritual separation that has occurred between humanity and nature, as well as among humans; I find this separation to be the root of the many issues that plague our modern world, from the deterioration of the environment to the injustice and inequality of the contemporary capitalistic systems. A wonderful goal for me would be to contribute to dissolving this illusory separation and bring back that sense of connection creating better functioning societies of solidarity with respect to the natural environment. That is why I found the thematic of Future Public Space by Non Architecture Competitions a great opportunity for me to express and suggest ideas of going against the trend of privatizing city public and common spaces and instead bring about a notion of returning the cities common spaces back to the people.”