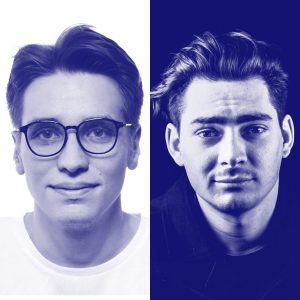 by Stephan Adelbrecht and Florian Muhr

In Non Architecture’s competition for the Cycling Bridge in Amsterdam Stephan Adelbrecht and Florian Muhr participated together as fellow students and friends from the master’s program in Munich.

Stephan Adelbrecht (*1993) studied architecture at the Technical University Munich, Academie van Bouwkunst in Amsterdam, FH Frankfurt and runs a studio (visuuu) in Munich. Visuuu is a small visualisation office in the heart of Munich and was founded by Stephan Adelbrecht in 2021 with the ambition to transfer today’s visions into sustainable and sufficient cities of tomorrow. He has worked for SeARCH and RAU in Amsterdam, NL and Ferdinand Heide in Frankfurt, Germany.

Florian Muhr (*1994) studied for one year abroad at UQ in Brisbane, Australia, and completed his Bachelor in Architecture at the TU Munich in 2018. During the bachelor’s degree, he was already involved in several research projects and partly contribute to their publication. The current master course at TUM was characterized by an 18-month interruption to work and learn at the architecture office OLIV GmbH in Munich and now he is continuing to freelance there alongside his studies.

Non Architecture’s competitions aim at “… unexperienced solutions that […] push the boundaries of architecture” with the goal of finding answers to the future problems of our world. In this way we were able to generate an unconventional design, detached from the classical architectural models, but perhaps necessary to give an important thought-provoking impulse. On the one hand we wanted to illustrate here the handling of our finite resources and the possibility of re- and upcycling in an exaggerated way, but on the other hand we wanted to draw attention to the land ownership issue and the current housing shortage.

It was a fantastic experience to participate in an international competition and of course we were extremely pleased with the result. The given framework showed hardly any limits, so that in addition to our efforts to specifically address the problems mentioned, there was plenty of room for enthusiasm in the development of novel concepts.
We look forward to the next competition! 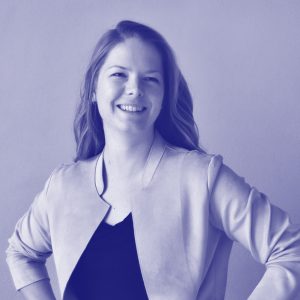 I studied architecture at the university of Innsbruck and have been working at small architecture studios in Austria before I moved to Oslo in 2019. While working for Nordic – Office of Architecture I have been gathering experience with competition design on international projects on various scales.

Working on a design for this competition was a lot of fun. I tried to think outside the box while keeping the concept clear and close to reality. I particularly enjoyed coming up with a consistent graphic style to show the project on the three panels. 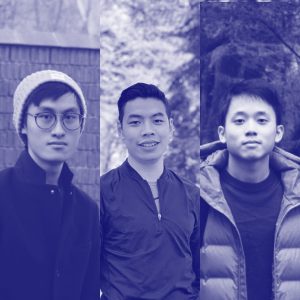 Leo and Calvin studied architecture at the University of Bath, where we met Stephen who studied civil engineering in the same department. Even though we have moved to different parts of the UK after university to pursue our careers, we always keep in touch and share the work we have been doing in our field.

Participating in this competition has brought us back as a team and reminded us that architecture is always a celebration of teamwork across multi-disciplines. Countless nights of online meetings, serious discussions on narratives and designs, and with jokes and cheers in between, it was certainly an invigorating moment in these times of solitude.
As students and now professionals, we are used to presenting our proposals through pages and pages of drawings, diagrams, texts and even spreadsheets – very often the core idea is lost and diluted in translation. The competition has offered us the chance to convey a story through three images and focus on the essence of our design idea, which is something we find really refreshing and enjoyable. We definitely look forward to our next collaboration in the future! 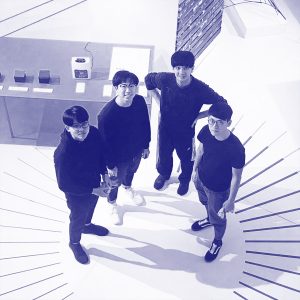 We are M.Arch 1 students from Taiwan. One of us is going to be an intern and the other three are preparing for a master’s thesis. In addition, the projects we are good at are just at different stages of design. Our respective concerns are also different. This is why we are together. Finally, we want to test our design ability through this competition and hope to change the world through design in the future.

Participating in the competition not only brought us back together who had not met for a long time after the internship but also had the goal of working hard together. One of our members was passionate about bicycles, so when they saw the bicycle competition they participated directly. At the same time, the culture and texture of the city that this competition is concerned about are extremely different from our country, Taiwan. While doing the design, we also have a better understanding of Amsterdam. We hope that we will have the opportunity to go to Amsterdam in the future. 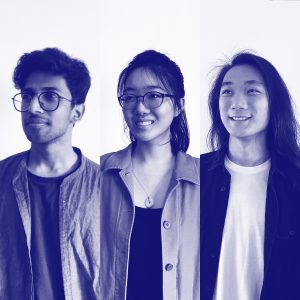 Barnabas, Ishmam, and Jingzhi are sophomores studying Urban Studies and Anthropology at Yale-NUS College in Singapore. They are also members of The Architecture Collective (TACO), an interest group for students interested in architecture, and design.

“The Non Architecture Amsterdam Cycling Bridge competition was our first exposure to the competitive world of architectural design, and was an eye-opening experience for all of us.

As ‘non-architecture’ college students interested in Architecture, this competition gave us the opportunity to showcase our design ideas without worrying about their technicalities, conventions of representation, or scale. It also challenged us – having never been to Amsterdam before, we needed equal parts of research and imagination to design a cycling bridge that responded to the unique needs of the locale. The open-ended theme, H2O, also allowed us to experiment with ambitious ideas – we were playing between the realms of possibility and impossibility, not worrying too much about grounding ourselves to our present reality.

It was a great learning experience – we learned how to play and experiment with ambitious ideas, and how translate and implement them into our design along the way.”

HONOURABLE MENTION: The bridge beyond 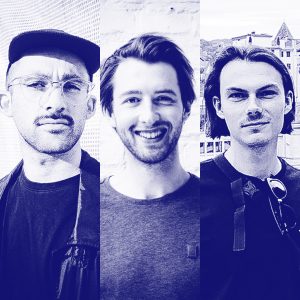 All three of us have met at the same university in the great, but also forgotten city of Wuppertal in Germany, where each of us accomplished our Bachelor. Since we are not in the same semester, our ways began to shift apart, nevertheless we anticipated this competition in a digital, pandemic-limited fashion.

As a short overview of our biographies, there is to state, that Sebastian recently started his master studies in Vienna, Burak will start to work from next week on in the office of Meiré and Meiré in Cologne, while I (Julius) am currently performing my master thesis, looking forward to finishing it.
For Sebastian and myself, this competition is the second NonArchitecture competition, we take part in, next to further competitions we accomplished in the past. In the first one, the Monument, we were already under the finalists, which motivated us to again, participate in the Amsterdam Cycling Bridge competition.

This time in a group of three dedicated students, we got the chance to postulate our futuristic-dystopian ideas, while of course looking forward to the next competition to participate in.
The Cycling bridge competition gave us the chance, to address and focus on the rising sea level, which is, without doubt, going to affect us deeply in the near future, while we and future generations have to face the consequences of limitless emissions, caused by inert politics, social standards on consumption and unacceptable industries. It is clear that those problems will have us involved in a transition, we do not yet fully comprehend in all its extends.

Reviewing the process on this project, we finally recognized that the idea we tried to express, did not rely on the amount of work it required, but on the clearness of the message itself.
Overall, this competition, as well as the last one, were unique and fantastic experiences, therefore we hope to stay as motivated, the same way as we were for this project. 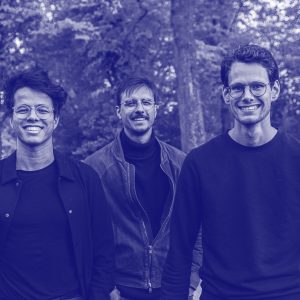 Our team consists of friends based in Rotterdam. We met at Architecture school at TU Delft, and go back almost 10 whole years to 2011. Since then we have been engaging in various activities such as (international) excursions, workshops, lectures and masterclasses, both partaking as well as organizing. For a few years our paths have diverged somewhat, careers, house and daily life, but we were excited to engage in a small project again.

Participation in the Non Architecture Competition was a lot of fun. The entire set-up of these assignments allowed us to divert from the realities of today’s architecture office, take full control of our ambitions and creativity, and see the world through rose-coloured glasses (pun intended). 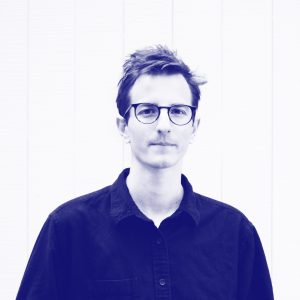 Stephen Good is an architect living in Virginia. His work considers architecture as a particular form of knowledge and seeks to broaden awareness and perception of the knowledge that architecture contains. He is currently working on making a section cut across the United States along interstate 80.

The bridge competition gave me the opportunity to contemplate the relationship between infrastructure and the city. I feel that I was able to do work that was worthwhile and productive while participating in the competition. The project brief was excellent and the format of the submission requirements were constructive without being confining.